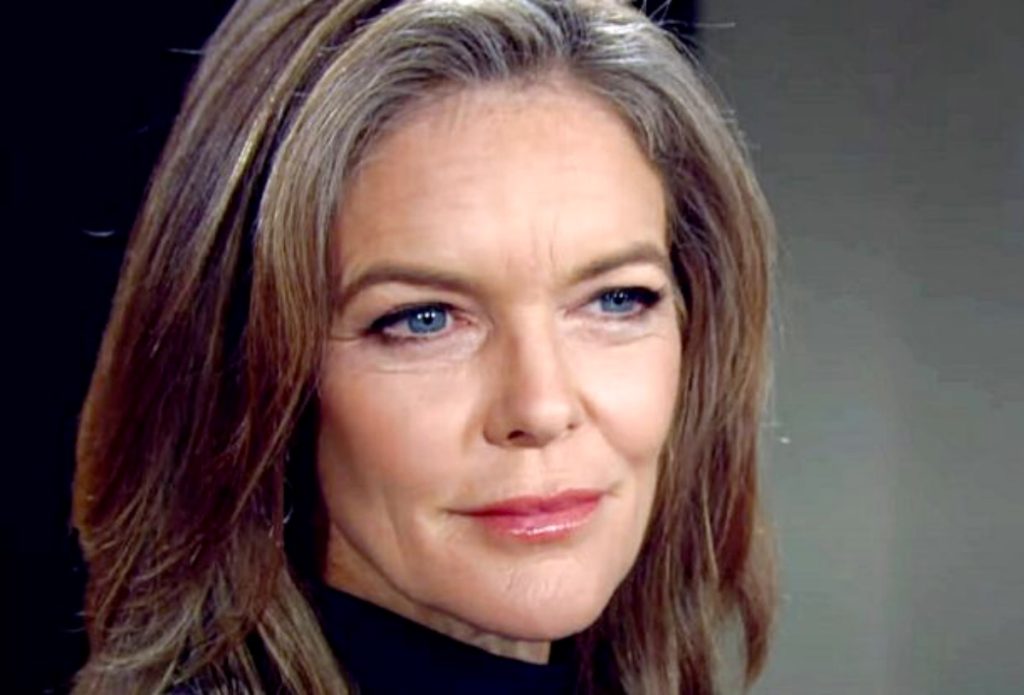 The Young And The Restless: Adam And Diane Join Hands, Take Newmans DOWN

The Young And The Restless spoilers tease that Diane and Adam are facing problems. So, chances are there that these two might team up to take revenge against Newman. It won’t be a surprise since Adam and Diane have earlier also teamed up to scheme against Newmans. Let’s read further to know the possibilities of the twists in the storyline.

Adam Has Issues With His Family

It is not a hidden fact that Adam has always had issues with his family. His family has never forgotten his past deeds. To talk about recent happenings, fans know the scheming he did to get evidence against Victor in the Ashland murder case. Not just that, he was also ready to expose Victor with the cover-up he had done to save Nick and Victoria.

Speaking of Victoria and Nick, Adam always felt that due to Victoria, he never got the chance to prove himself. Once Victoria was gone with Ashland, he thought it was the right time. But again, within a matter of days, Victoria returned back to Genoa City. With that, Adam’s CEO position was again taken by Victoria.

Over with Nick, he teamed up with Victoria to scheme against Adam. When Sally’s job was at stake, Adam promised Nick and Victoria to quit his position. He wanted Sally to sustain her job. The Young And The Restless spoilers showed how Adam was heartbroken to discover that Nick and Sally slept together. Whatever it is, Adam has always felt that he never got attention from his family.

Even now, when he got to start a fresh life in Jabot, Victor came lashing out at him. even though Adam has overcome his urge to take revenge, no one trusts him. Will all these misunderstanding push Adam to take a bold move? Will he get cornered to an extent where he ultimately decides to take revenge? Let’s read further.

The Young And The Restless Spoilers: Diane Has An Animosity Too

Over with Diane, she is also facing problems. Diane’s priority is just to get a future with Jack. So, she will not like it if anyone comes and sabotages her plan. However, Nikki and Phyllis are indeed doing that. As far as Nikki is concerned, because of Diane, she has faced a lot of accusations from people. When Diane staged her death, it was Nikki who got suspected and was tagged as a murderer. So, she is hell-bent to throw Diane out of Genoa City.

Speaking of Phyllis, she thinks that Diane is the one who ruined Jack and her relationship. Even though Phyllis herself was responsible, she put all the blame on Diane. Eventually, joining Nikki’s Diane hater team. Even now, Nikki hired an investigative reporter to find dirt on Diane. Their repetitive attempts to push her buttons might have some serious consequences.

Adam And Diane Take The Newmans Down, Together

The Young And The Restless spoilers tease that after Diane finds out Adam is working for Jabot, she will be happy to see him. Later, she will tell him that she is excited to have an ally with her. To this, Adam will also feel the same. Now, this small conversation might actually be a huge hint towards a possible team-up.

Long-term fans know that Adam and Diane have plotted together before. So, it won’t be a surprise if they do it again. However, the question is, why would they do it? To put it in a nutshell, Adam has already thrown the idea of revenge out of the window and has started a fresh life. As for Diane, she is also making slow progress with getting closer to Jack and Kyle. Now, the question would pop – Why team up now?

Chances are that their enemies might push them to a breaking point where they decide to switch their evil selves. Recently, Diane suspected Nikki and Phyllis that they might be the ones behind Talia’s story exposure. Not to mention Phyllis also planted a file on Diane’s computer as part of her sabotage setup. And now, Nikki is headed to LA to find more dirt on Diane.

Over with Adam, Victor clearly doesn’t like that he is working for the enemy company. Victor also lashed out at Jack for hiring Adam. Apart from that, Victor also threatened him with future business problems. On the other hand, Adam just discovered about Sally and Nick are sleeping together.

So, chances are there that everything will get messed up. And all these schemers might push Adam and Diane to their breaking point. Sooner or later, all this will set the stage for them to take revenge. The Newmans and Phyllis will be targeted if they cross the line with Diane and Adam. Stay tuned to see what happened in Y&R. The Young And The Restless airs every weekdays on CBS. For more updates and spoilers, visit our website, TV Season & Spoilers.