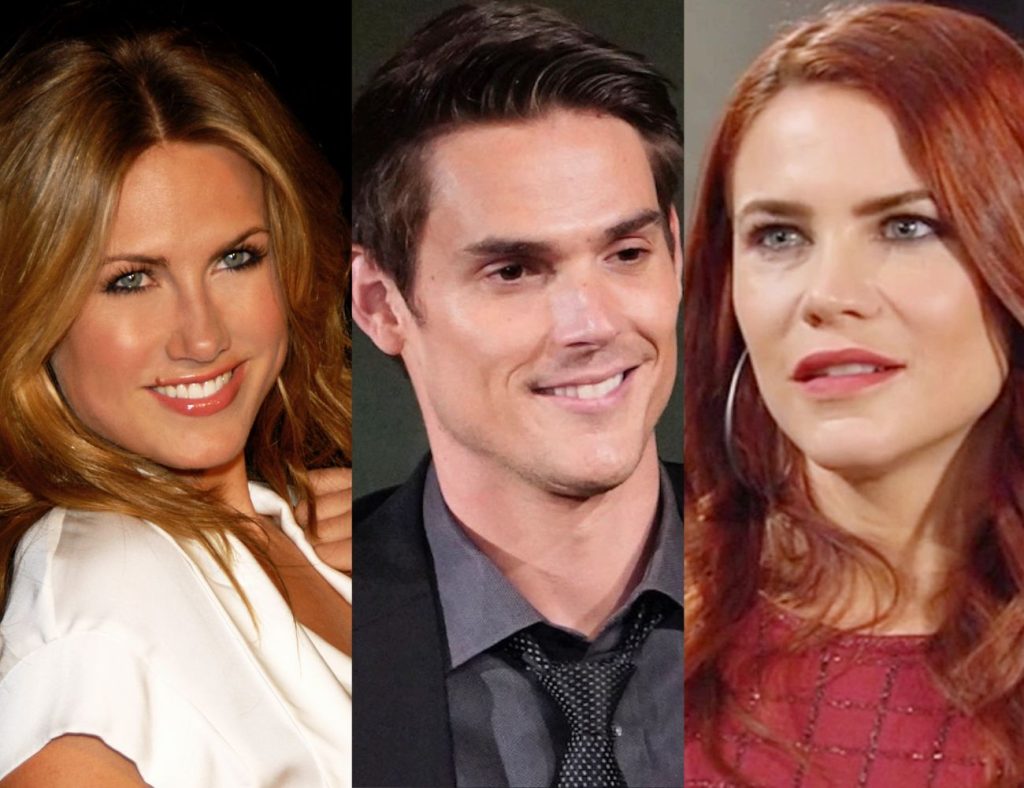 The Young And The Restless: Adam Gets A NEW ROMANCE, It’s NOT SALLY

If you thought the drama surrounding Adam’s love triangle with Sally and Nick was reaching its last leg, you are royally wrong! In fact, the makers are throwing in a new player in the ring! Yup! Adam is about to give tough competition to big bro Nick, the OG reigning king of love triangles. We recently reported that actress Vail Bloom will soon be reprising her role as Heather on The Young and The Restless. While she will be visiting Genoa City to meet her husband, Daniel, she will definitely cross paths with her ex-fiance Adam! Will sparks fly between these old flames again? Let’s find out!

Heather Stevens is the daughter of Paul Williams, one of the most iconic characters of The Young and The Restless. Long before she married Daniel Romalotti, she was engaged to the Newman Family black sheep, Adam! However, living up to his reputation, Adam was deceptive and disloyal to her with a capital D! Eventually breaking her heart. Despite that, she always had trouble staying away from Genoa City’s biggest bad boy! Although in time, Heather moved on in life with Daniel and then moved away from GC. However, life has a way of coming back full circle!

All the major players are about to come face to face on The Young and The Restless. Daniel has already hinted in previous episodes that he is having marital woes with Heather. Perhaps upon her return to GC, Heather and Daniel might want to resolve their issues. The latest spoilers suggest that he will be over the moon with the chance to reconnect with his daughter Lucy. That will be his “priority”. Is that a subtle hint that Heather will not be on the list of his priorities? Where does that leave his estranged wife? In a bar knocking down shots, perhaps! And which jilted lover lurks around the bars on The Young and The Restless these days? Heather’s ex, Adam Newman!

The Entangled Web Of Exes On The Young And The Restless

Time apart usually puts their relationship in perspective for estranged couples. It makes it easier for them to decide whether they can’t live apart or are better apart! However, things can never be that straight and simple on The Young and The Restless! Chances are, Heather will come to Genoa City only to find Daniel getting closer to Lily! This may lead Heather to a bar to drown her downer in alcohol, only to bump into Adam Newman! Adam, too, is pretty heartbroken these days, thanks to Sally choosing Nick over him. But seeing a familiar face from his past is sure to light him up!

The two might start a conversation on The Young and The Restless and update each other on what’s up or rather down in their lives! History proves that Heather has never been able to stay away from Adam for too long! It doesn’t take a scientist to put the odds together! Adam and Heather might just hit it off again and get entangled in a hookup or even a torrid romance! If that happens, it would certainly ruffle a LOT of feathers! Daniel may not be very happy seeing his wife in the arms of Adam Newman. Moreover, Sally might just start to get jealous! It is pretty clear that she still has feelings for Adam! We can expect to see a lot of these exes colliding in the upcoming episodes of The Young and The Restless! So, stay tuned to CBS; we promise you do not want to miss this!