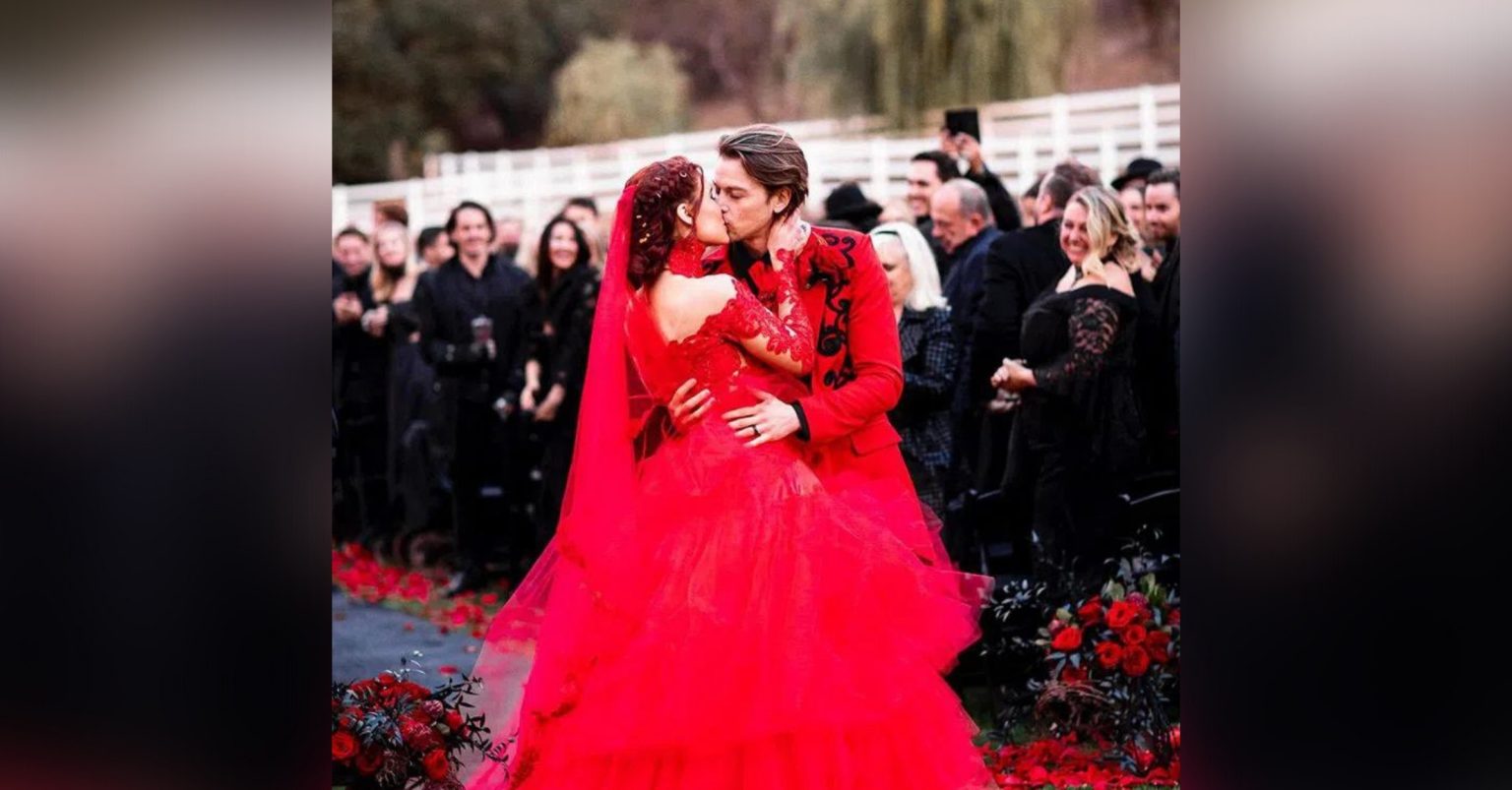 The Young And The Restless: Courtney Hope FINALLY SPEAKS About The HEARTBREAK After Split With Chad Duell

The leading stars of The Young and The Restless and General Hospital, Courtney Hope and Chad Duell, were the real-life “IT” couple before their marriage suddenly ended. While Chad had spoken about healing and recovering from the heartbreak of their marriage ending, Courtney had been keeping quiet on that front.

However, on October 23, 2022, the day the two of them would’ve celebrated as their wedding anniversary had they been together, Courtney finally broke her silence. The Young and The Restless actress took to Instagram to post several pictures from her Wedding day to Chad. The wedding was a lavish affair with a gothic theme. In the caption of her post, she wrote a quote from Harry Potter. In the quote, Dumbledore spoke about how a phoenix rises from its ashes as a transformed version of itself.

The pictures chosen by The Young and The Restless actress feature her in her beautiful red lace gown alongside her parents and brother. Chad is not seen in any of them. Courtney also wrote a lengthy note in the carousel post, speaking her heart out on the matter.  “One year ago, I was getting ready for what I thought would be one of the biggest dreams come true of my life. Little did I know,” she admitted, “it was the beginning of the end.”

“The End Of The Beginning” Courtney Hope of The Young And The Restless.

Courtney described her Five-year relationship with Chad as “one of the greatest, albeit testing at times, half a decade of my life.” However, she refrained from commenting on the statement Chad made about them never being legally married. “A love that was built through memories, patience, adventure, lessons, challenges, and laughter.” The Young and The Restless actress reminisced. “A love that did not stand the test of time, and a love that will forever hold a place in my heart because it changed me.”

Ever since their breakup Courtney has been sharing transformation updates on her Instagram. Always motivating her followers to lead a better, healthier, and more mindful life. “I’ve lived the life of a phoenix this last year, and it was far less majestic than I had previously believed it to be.” The Young and The Restless star confessed. “It was painful, infuriating.” She pointed. “It was powerful, and It was enlightening. Courtney admitted. “It was cathartic. It was grounding, and it was my greatest teacher.” She duly pointed.

And The Phoenix Rises

“I know now I need to honor this moment for what it was, a powerful celebration and fight for love and a beautiful amalgamation of all those involved,” Courtney stated. “I was proud of what this day turned into and represented in the moment, regardless of what anyone else has to say. It was almost everything I imagined it to be, and at this point, that’s good enough for me.” The Young and The Restless actress has finally brought herself to a point where she feels confident enough to face and speak it all out.

“Though I’m still picking up pieces, where I’m at greatly surpasses anywhere I’ve ever been before.” Courtney Confessed. “This is my story, this is my one-year celebration, and though it may not be like the rest or what I imagined, I’m at peace with it and I’m thankful for where I’m headed next.” The Young and The Restless actress concluded. We are in awe of Courtney’s grit and honesty. And we are so happy and proud by the dignity she has shown towards handling such a matter. We wish you luck in everything that you choose to do in life, Cortney! More power to you!