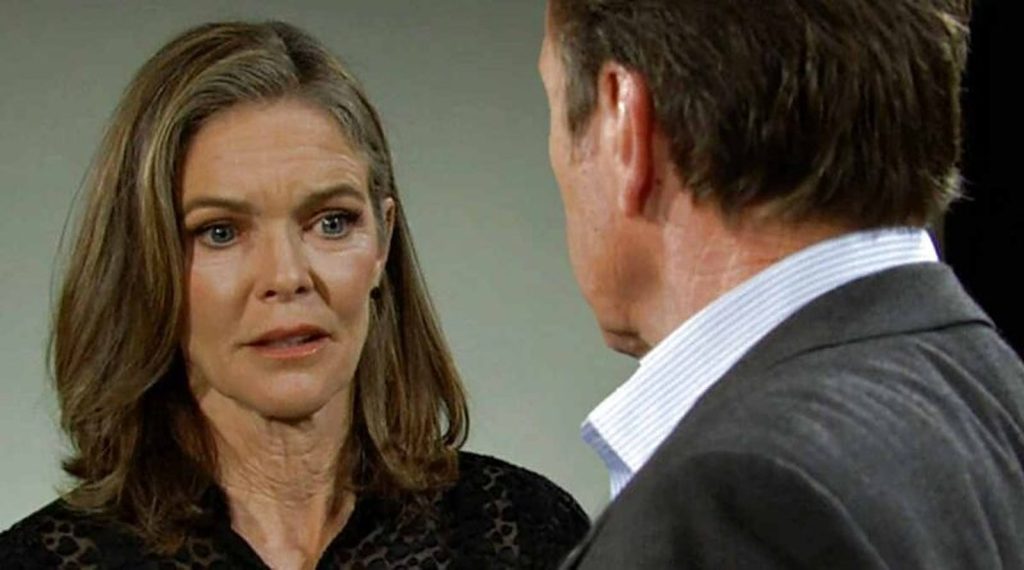 The Young and The Restless Spoilers for November 10, 2022, reveal that Tucker will pass on some crucial information to Ashley against Diane. Even while Tucker has his doubt about Ashley, lending explosive information to her could be a questionable move. What is he thinking? Meanwhile, Jack flips on Diane and warns Kyle. Interestingly, Phyllis raises solid advice, very unlike her usual self. What is it? Here is all about it.

Ashley, Phyllis, and Nikki teamed up

against Diane and orchestrated a takedown mission. Which they successfully fulfilled by exposing Diane’s horrifying secret from her time in Los Angeles with Jeremy. However, the trio is not done yet. Looks like they won’t stop, until they effectively drive Diane out of Geona City. The latest spoilers for The Young and The Restless suggest that Tucker will give Ashley some new intel against Diane, which will prove ammunition enough to destroy her.

But can Tucker be trusted? He has his doubts about Ashley playing him. And, the thing is he is not wrong. We know that Ashley getting close to Tucker is just a ploy the trio is using to get information. However, Tucker is genuinely interested in her and wants to win her over! Can showing loyalty towards her despite his doubts win him another shot with Ashley? Once Ashley realizes that Tucker is indeed being honest with her, will she start trusting him? History is proof, she is not immune to his charms! We will have to wait and find out!

The Young And The Restless: Jack Flips On Diane, Warns Kyle

Jack has always had his guard up when it came to Diane. However, he had started to lower his walls and warm up to her. Thanks to the trust she has won from Kyle and the connection she had formed with Harrison. Although, now that her secret is out and she hasn’t been honest about any of it, The Young And The Restless spoilers suggest Jack will step back. He will circle back to his old stance of not trusting Diane. Moreover, he will also warn Kyle to watch his back when it comes to Diane. Knowing that Kyle is really connected with Diane and wants to continue their bond, Jack may not push him too much.

Summer, on the other hand, will be more vocal about her opinion on the matter. She will side with the rest of the women, wanting to chase Diane out of Geona City on The Young and The Restless. This will end up in a heated spat between Kyle and Summer. The spoilers further tease that Phyllis will come forward with a valuable piece of advice. Although, it is yet to be seen who the recipient of the said advice is. Could it be Summer? Maybe Phyllis has something to say to her about her spat with Kyle. If you want to find out, stay tuned to CBS to catch the next episode of The Young and The Restless.