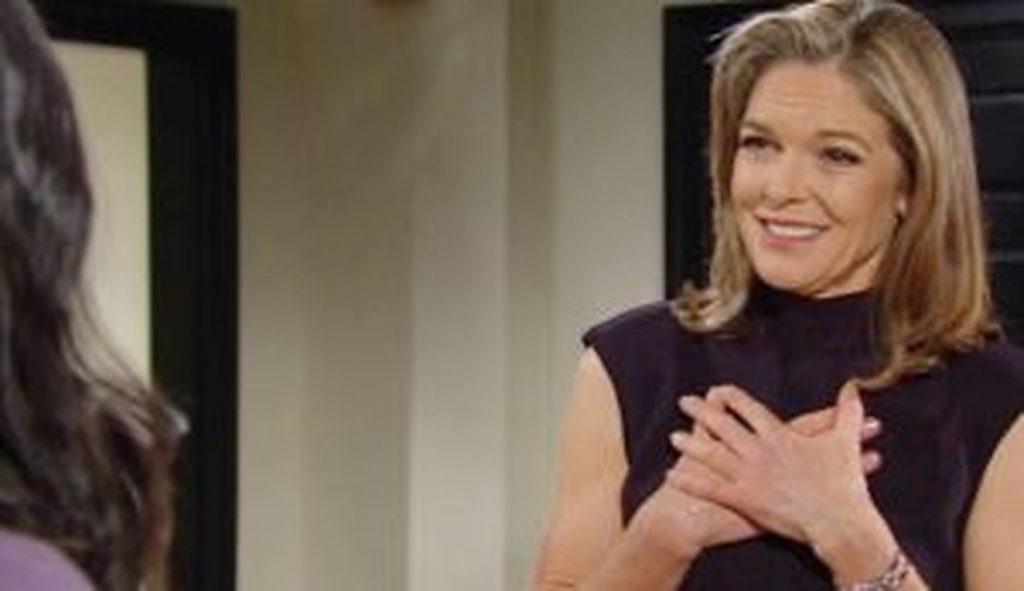 The Young And The Restless Preview Video For August 15, 2022: Jack Kisses Diane, Reality Or DREAM?

The Young and the Restless preview for the week of August 15, 2022, reveals the fate of Diane and Jack. The preview video suggests that Diane will confess her romantic feelings to Jack. Shockingly, Jack will say he felt the same, and the two will share a passionate kiss. However, spoilers suggest that this could be Diane’s fever dream.

If it is Diane’s dream, she may end up talking to herself about it. Moreover, things could hit the roof if Phyllis catches her daydreaming. Nikki, Phyllis, and Ashley have already teamed up to teach Diane a lesson. However, could their plan backfire, and will Diane’s dream come true? Here is everything to know.

The Young and the Restless preview teases that Diane and Jack will share several heartfelt moments. Diane will confess her romantic feelings to Jack. He will admit that he reciprocated her feelings. Diane was happy to hear that and could not believe her dreams had come true. After their confessions, Jack will lean in and kiss her.

The spoilers suggest that Jack has developed feelings for Diane again. However, Diane has been quite the manipulative menace in the past. He is not sure if he can trust Diane anymore. Moreover, Phyllis is angry at Diane for stealing Jack from her. Nikki and Phyllis have been working together to expose Diane and drive her out of town.

The Young And The Restless Preview: Could This Be A Dream?

The Young and the Restless spoilers imply that this kiss could be unreal. Fans are speculating if this scene is indeed a part of a dream sequence. Diane likes Jack and could be dreaming about a romantic future with him. Moreover, in the scene, we hear her tell Jack that she does not want this dream to end.

The show has had quite a few dream sequences in the past. It is speculated that creators are likely teasing us with another dream sequence this time. However, things could get embarrassing for Diane if she starts believing her dream is true. It would be quite the gag if we saw Diane kissing the air or talking to herself in the future.

Phyllis And Ashley Will Interrupt Diane

It is also speculated that Phyllis or Ashley could interrupt Diane during her daydream. After watching her fantasize about being with Jack, Phyllis will be fuelled with anger. She would want to complete her mission of kicking Diane out of town as soon as possible. However, it is possible that Phyllis’ plan backfires, and this daydream is just a snippet from the future.

There is a huge possibility that Jack will develop feelings for Diane despite their tricky past. Diane has tried her best to get closer to Kyle, Jack, and Harrison. It seems like her plan is working. Things will hit the roof soon on the show; we just have to wait and watch to know who will win – Phyllis or Diane!The Young and the Restless airs weekdays on CBS. Catch the latest news and spoilers on the show only on TV Season & Spoilers.