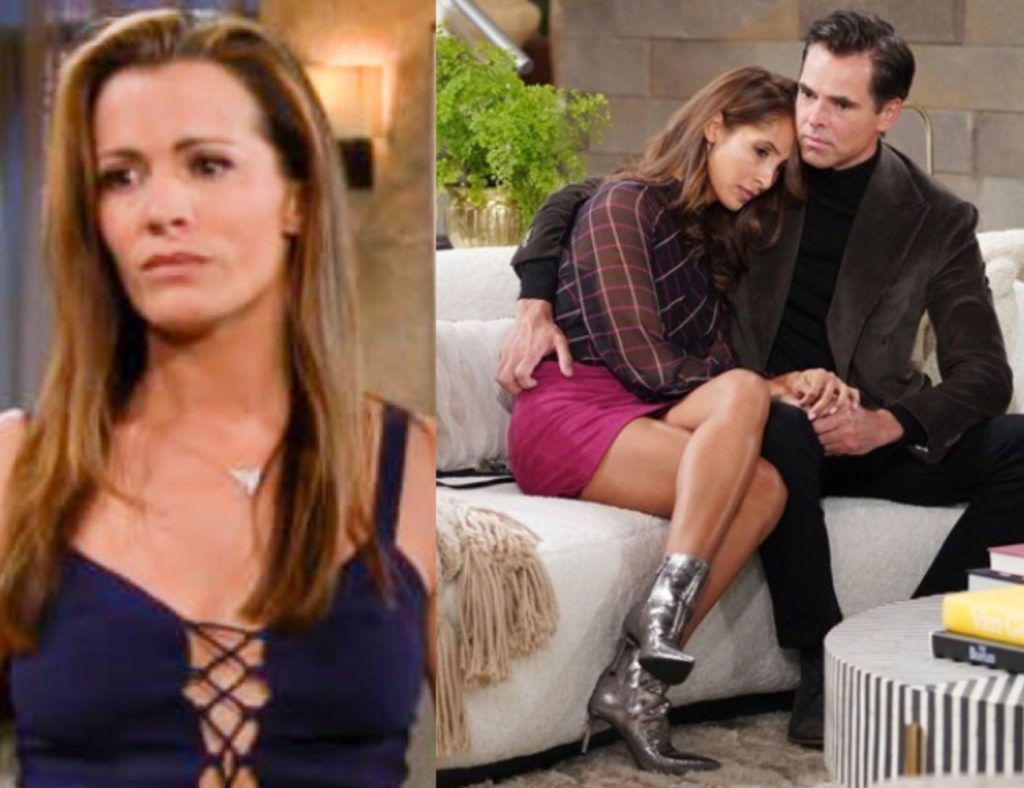 The Young And The Restless Daily Spoilers For November 17, 2022: Lily Suspects Billy and Chelsea, Adam Fights Nick Over Sally

The Young and The Restless spoilers for November 17, 2022, reveal that Lily has a bad feeling about Billy and Chelsea spending too much time together. So, that is soon going to become a very big problem. Y&R spoilers say that Billy will confide Chelsea’s real truth in Lily, but to no avail. Meanwhile, Chelsea will start making an effort to get her life back on track. Adam finally loses his cool on big brother Nick over Sally. Thus, pushing Sally a step closer to the decision she needs to make. Looks like things are starting to heat up in Geona City, let’s take a closer look at what to expect!

Let’s be honest here for a second, Chelsea isn’t really known for her healthy relationships on The Young and The Restless. In fact, she has this habit of fixating on a potential suitor and then relentlessly obsessing over them until the connection explodes. The spoilers for November 17, 2022, suggest that Lily will start to get concerned over the amount of time Billy is spending with Chelsea. She certainly has reasons to be suspicious about Chelsea’s intentions, given the latter’s past record.

Understanding the same, Chelsea suggests Billy be honest with Lily and tell her the truth about Chelsea’s situation on The Young and The Restless. However, despite explanations, Lily will feel it unnecessary that Billy spends so much time with Chelsea, as she has a lot of people trying to take care of her. Hence, Lily won’t be able to help but wonder why Billy is insisting so much to be there. Are we about to witness Billy and Lily’s marriage heading toward troubled waters? Meanwhile, Chelsea starts to step towards fixing her life. For instance, she moves into a new apartment and starts to look for a job.

The Young and The Restless Spoilers for November 17, 2022: Adam Picks Up A Fight With Nick Over Sally

The drama surrounding Nick, Sally, and Adam’s love triangle continues on The Young and The Restless. At Society, Adam will stumble upon Nick and Sally. He will certainly be taken aback seeing the two of them enjoying drinks together. Adam knows Sally and Nick have feelings for each other and that Sally is taking some time to work through her feelings before choosing. However, Adam being Adam, feels certain that Sally belongs with him and will eventually choose him over Nick. Therefore, seeing her spending time with Nick will push him over the edge.

The Young and The Restless spoilers reveal that Adam’s jealousy will get the best of him, and he will explode on Nick. Now, it’s yet to be seen whether this altercation between the competing brothers remains verbal or Adam tries to get into a physical fight with Nick. However, one thing is for sure, If Adam is the only one who loses control and Nick chooses to stay calm, Sally surely will feel pulled towards choosing him over Adam. Do you think Adam’s outburst will spoil his chances with Sally? Is Lily right in suspecting Chelsea and Billy’s growing friendship? Please share your views with us in the comments. Meanwhile, stay tuned to CBS over weekdays to find out what happens next on The Young and The Restless.