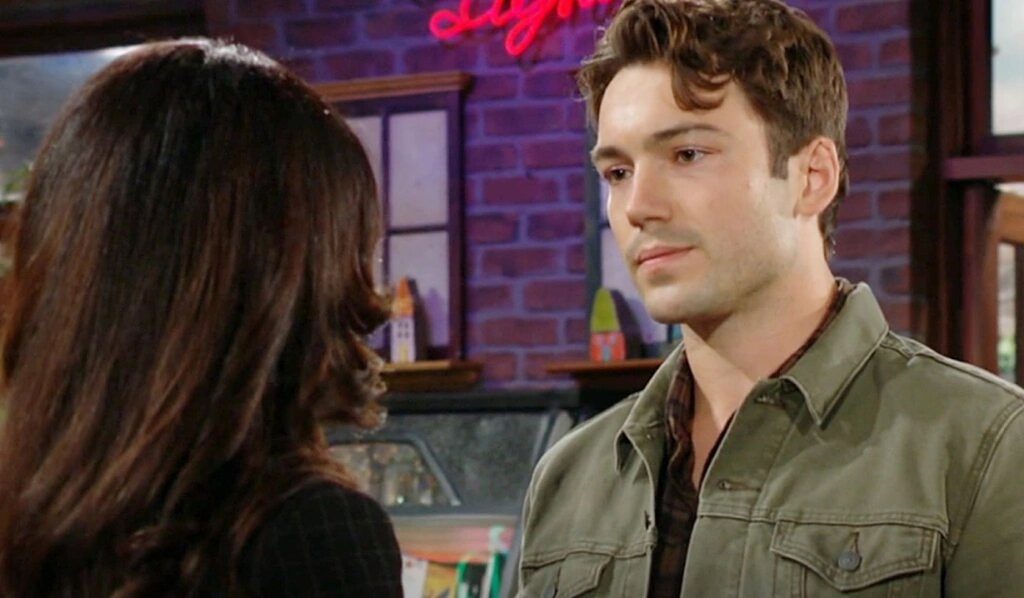 The Young And The Restless Spoilers For November 11, 2022: Jill Lashes Out At Billy, Noah-Audra Come Closer?

The Young And The Restless spoilers for November 11, 2022, tease that Jill will lash out at Billy for neglecting Lily. At the same time, she will also be concerned about Billy’s career. Over with Chelsea, she will now summon Adam since she will feel like he needs to know the truth. So, Adam will show his complete support to Chelsea in her ordeal. At Noah’s nightclub, Audra will try to convince Noah about her feelings. Will Noah again fall for Audra? Keep reading to know what unfolds in today’s episode.

At Noah’s nightclub, Audra will come to pay him a visit. Fans know that Audra is the same girl who dated Noah back in London. However, her dominating nature never went well with Noah, and they finally broke up. However, now, The Young And The Restless spoilers tease Audra will want to get back with him. Noah already informed her about Allie and how happy he is with her.

But Audra will also make it clear to Noah that she can’t walk away from him. She will urge they need to talk and sort things between themselves. As for Noah, even though he denies it, he does have some feelings clinging inside him for Audra. So, the situation will make them experience some vulnerable moments where Noah will suddenly take Audra’s hand. Looks like they might come a little close to each other. However, the situation will get a bit sticky if Allie is somewhere around.

The Young And The Restless Spoilers: Jill Lashes Out At Billy, Chelsea Summons Adam

Next, Jill will confront Billy about his intentions. She will want to know why Billy is ruining both his career and his personal life. The Young And The Restless spoilers say Jill will be concerned about Billy’s sudden change. Leaving Chancellor-Winter’s COO position wasn’t enough that he now has landed in Chelsea’s apartment. So, Jill will want to understand Billy’s point of view.

As for Billy, he will inform her that he did want to stick in Chancellor-Winters for longer, but it was Chelsea who wanted him to leave. No matter what Billy says, Jill won’t be convinced. Fans know Jill is a big supporter of Lily and Billy, so she won’t want them to break up. However, if things go on like this, then it will be really difficult for both of them to maintain the relationship.

Over with Chelsea, she will remember how Adam was also worried about her. So, she will feel that she shouldn’t keep Adam in the dark. Other The Young And The Restless spoilers say she will summon Adam to tell him about her whole ordeal. Once she shares it, Adam will show his full support to her. He will also assure her that he will take care of Connor while she is having her counseling sessions.

The fact that Chelsea was this close to attempting suicide will make Adam feel that he is a bit responsible for her ordeal. Whatever the case, Adam will support Chelsea and sympathize with her situation. Stay tuned as Y&R will air more action-packed episodes. The Young And The Restless airs every weekdays on CBS. For more updates and spoilers, visit our website, TV Season & Spoilers.