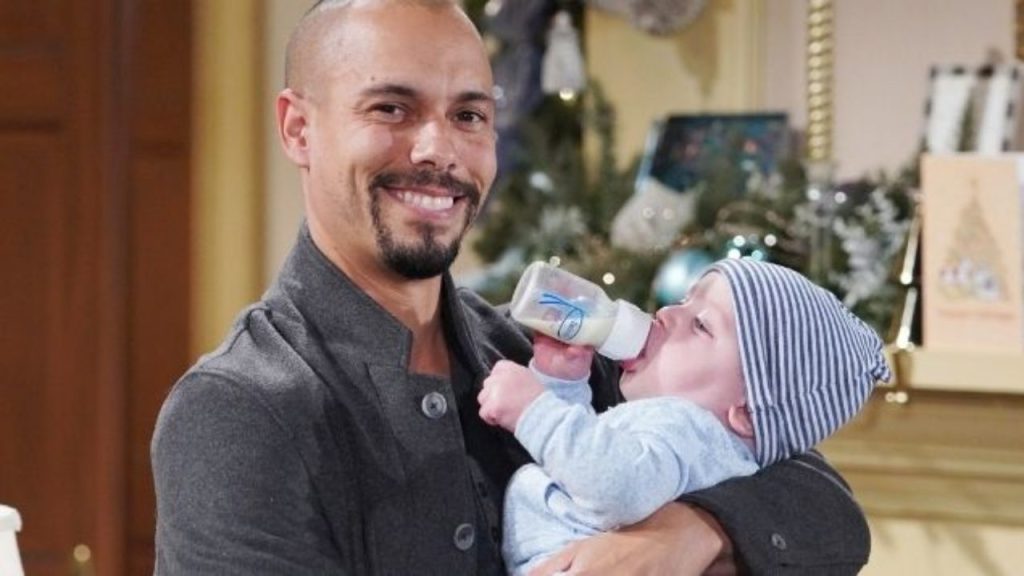 The Young And The Restless: Devon And Dominic Are Siblings? SHOCKING TWIST IN THE STORYLINE

Right now, the soap is busy with Dominic’s health-related storyline. So, that would lead to new turns, and we might come to know that Devon could be Dominic’s brother. How would that happen? Here is everything about it.

Abby and Chance being the parents of the child, were clearly distraught. However, they weren’t the only people because Devon was just as involved, and all of them were extremely worried. Now, since Dominic needed bone marrow, it was necessary for his biological parents to get tested if they were his match. Devon and Abby did get tested, and the results that came were rather bizarre.

The Young And The Restless: Devon Is A Hundred Percent Match, But Is It Possible?

Y&R viewers would also know the results for this possible donor came out so oner than any of the soap viewers would have expected. It indicated that Abby is a 50% match but what shocked us more was Devon being a complete match. While everyone was relieved that Devon would be able to save the baby, it leaves us with some very head-scratching questions.

A bone-marrow test is not a paternity test. So, a 100 percent match does not mean that Devon is Dominic’s bio-dad. However, that does leave us with more questions. In real life, parents can only be a 50% match to their children when it comes to bone marrow.

So, Abby being a 50% match makes sense. Not only that, only a sibling or a complete stranger with a genetic match can be 100 percent match, but a parent can never. So, could this mean that Devon is not Dominic’s bio-dad after all? It looks like so.

How Are Devon And Dominic Related Then?

Since the way The Young and The Restless is building this story, it looks less likely that Devon will turn out to be Dominic’s father. So, how is he related to him? Since the soap has been pushing on the fact that only siblings can be 100% compatible, could they write on how Devon could be Dominic’s sibling?

In our opinion, that is a weird twist because if that were to happen, Y&R would be making Tucker McCall Dominic’s father, and it looks like a huge stretch. So, it is likely that Devon might just be a stranger with a hundred-person genetic match. While this is news that could leave Devon distraught, the good news is he will be able to save the baby he loves so much.

The Young And The Restless: Who Is Dominic’s Father?

There aren’t a lot of candidates on The Young And The Restless that could be Dominic’s father. However, there is one name that does pop in our minds. Viewers would remember Ben “Stitch” Rayburn, who was in Genoa City right around the time Mariah was pregnant. Could he have mixed the sperm sample up? He clearly had privileges at Genoa City Memorial and was obsessed with Abby. So, we wouldn’t put it past him that he would have fathered Dominic.

Whatever it might be, The Young And The Restless is bringing new twists and turns in the upcoming days. There are a number of shocking revelations coming up in soap operas. So, make sure you tune in and enjoy. Y&R airs on CBS all weekdays. Don’t miss the action. In the meantime, share your views about this storyline with us in the comments below?