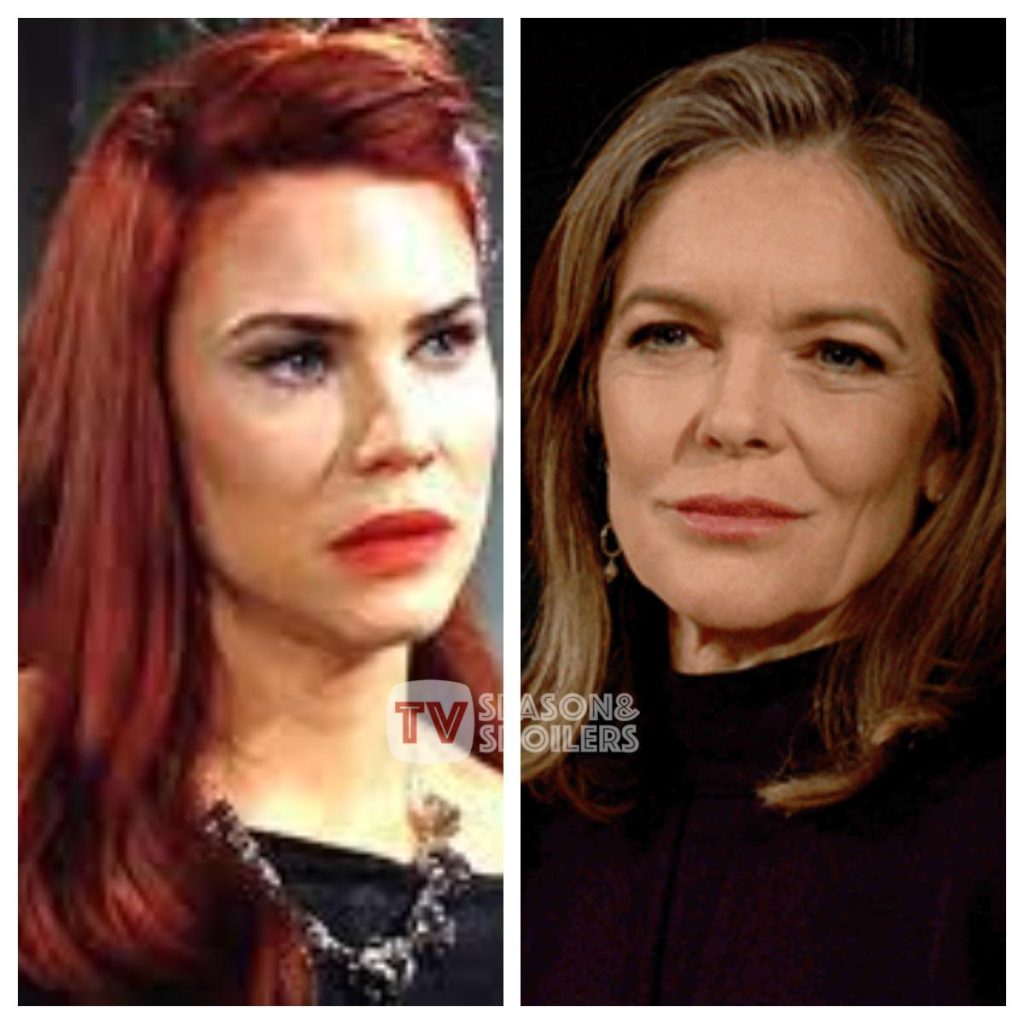 The Young And The Restless: Diane & Sally Joins Hands, Plots Against Jack

The Young And The Restless spoilers suggest viewers might see two wrongs getting together to make something right. Viewers know that Diane will be coming to Genoa City very soon, and she will need friends.

Long-time viewers know that woman is a con artist, and she might need someone of her nature. The speculation is Diane will become friends with Sally Spectra and plan against Jack. What will happen next? Keep reading to find out.

The Young And The Restless viewers keeping up with the show know that Ms. Spectra has always struggled to make friends. We don’t blame anyone for not being her friend. She is a person who might not think before deceiving someone, so it makes sense. However, she did manage to become a pal with Chloe Mitchell through Newman media. But, that friendship went down the drain because of Chloe’s bond with Chelsea.

Furthermore, Sally also tried to be friends with Tessa, who admitted that Sally seemed lonely. Nonetheless, the writers didn’t push Tessa to pursue that friendship with Sally. In a nutshell, Sally is still waiting for a true and good girlfriend to enter her life. It looks like her wishes might come true very soon when Diane Jenkins comes to the city.

The Young And The Restless: Diane Is Coming To Genoa City, A New Friendship On The Deck?

Speaking of Diane, we know she has returned from the dead and has met Jack already. Moreover, Y&R viewers also saw Diane talking about how alone she has been over all these years. This reminds us of Sally, too, so these two ladies might act like two peas in a pod. In addition, Sally and Diane at least are pretending to have learned from her mistakes and want a fresh start. These two long-time schemers have a lot more in common than we can think.

We know that Diane was engaged to Jack, and Sally has dated Jack for a while in the past. So, it looks like Sally and Diane will become best friends as soon as they meet. Once these con artists meet, we can only guess how dangerous and destructive things will be. The speculation also is that Diane and Sally will plot against Jack Abbott in the upcoming weeks.

Tell us in the comments below how excited are you to see Diane and Sally together in Genoa City. Until then, Stay tuned. TV Season & Spoilers are your one-stop for all the soap opera-related news. The Young And The Restless airs on CBS all weekdays. Don’t miss the action.