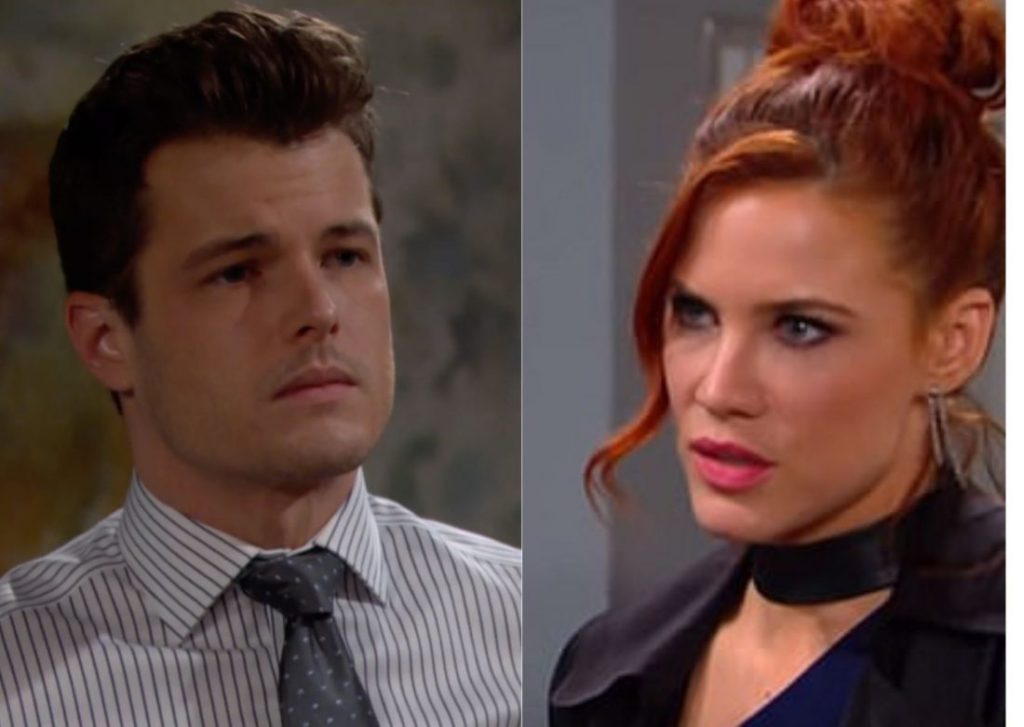 The Young and the Restless: Could Sally Spectra And Kyle Get Together?

All Young and the Restless fans would be aware that Sally Spectra from The Bold and the Beautiful is coming to Genoa City soon. The latest spoilers suggest that this new cast addition will lead to a crossover between the two soaps. Hope’s character (Sally Spectra) is an electric character, and when she comes into Genoa City, she might shake a number of things.

Fans are aware that Summer Newman recently stepped back from getting married to Kyle Abbott. She says that she wasn’t ready to remarry him. The way all this happened pushed their relationship down the spiral to a subsequent fall off. All fans of the couple who were hoping that the two would finally get back together are sad about this.
Fans who watch both The Bold and the Beautiful and Young and the Restless are aware of what Sally is capable of. This could shift their focus dramatically.

Kyle Wants To Move On!

Kyle and Summer met in Chancellor Park, where Summer tried to smooth all the matters. It looks like Kyle had some other plans. He decided to move on and is tired of Summer’s games. The past few years have been really difficult for Kyle. Initially, he didn’t want to do anything with Summer, but then she came into Kyle’s life and the town. Then, old feelings were provoked, and that led to the reunion. For some days, everything that has been happening has pushed Kyle, and he is simply worn out.

The Young and the Restless: Summer is acting quite Mature

Both Summer and Kyle lied to their families. They told them that they were going on a family trip, but they rather were eloping. This isn’t what mature adults do. So, Summer has had some very anxious feelings. This pushed Summer to come back to Genoa City. Summer then took control of the whole situation that made it clear what would have been a very bad choice.

Summer chose to critique the way she handled the situation. However, that missed the main point as she gets that getting remarried is a big thing. It would have been the couples’ first legitimate union, and that is one of the major steps in their life. Summer indeed has some concerns about Kyle still having feelings for Lola, and she paid the society waiter to spy on Kyle and Lola, and that was out of line. But then Summer wanted to be sure that Kyle is over Lola and Skyle commitment matters to him.

Could Kyle and Sally Get Together?

Spoilers suggest that Sally will put her fashion skills to work with Lauren Fenmore when she comes to Genoa City. This means Hope’s character will have stable employment and be independent after she moves away from Los Angeles. As for her personal life, she has had a bad relationship with Wyatt Spencer, and that has left the woman pretty hesitant. She is cautious before she invests in a potential romantic relationship. Now when she comes to Genoa City, She might meet Kyle and find him irresistible. Kyle and Summer have recently ended their relationship, so this potential relationship is possible in all sorts. We will keep you updated with all the new information about The Young and the Restless. So, you keep checking this space.