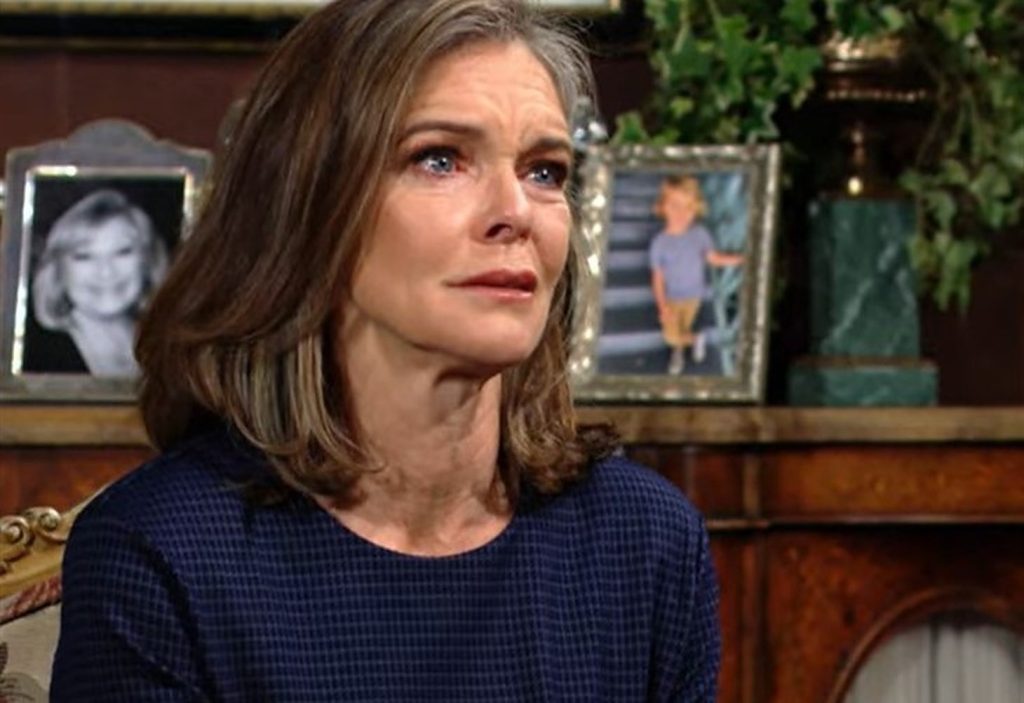 The Young And The Restless: Diane Goes MISSING, Kyle Is WORRIED!

Diane Jenkins has caused too much trouble and heartache to a lot of people on The Young and The Restless. So it comes as no surprise that no eyes are wet for Lady Jenkins’s current predicament in Geona City. However, there is one heart that has fallen victim as collateral damage to the huge Diane takedown, that of Kyle Abbott. However, it seems the troubles of the young Abbott man are not restricted to forgiving his mother but also FINDING HIS MOTHER. The latest spoilers suggest that Diane might go missing! Has she run away? Or has she been kidnapped? Keep reading to find out!

Diane Is Missing On The Young And The Restless

The scheming trio of Phyllis Summers, Ashley Abbott, and Nikki Newman recently reveled in the success of tearing apart Diane. They exposed all her secrets from her time in Los Angeles. While this left no chances for Diane to save face, she did get some respite in the fact that Kyle gave her a pass. However, giving Diane a clean chit didn’t come as an outcome of thinking she is blame-free. Kyle forgave her because he just cannot go through another fallout with his mother on The Young and The Restless.

It took him so much time and effort to get on good terms with Diane. Additionally, burying the hatchet with his mother had healed Kyle’s old wounds. It is completely understandable that the young man does not want to rip those wounds open again. However, it seems he is about to be met with a rude shock when he realizes the mother he just forgave has abandoned him. Diane has gone missing from Geona City. But has Diane really run away? She is totally capable of it! Although, The Young And The Restless spoilers suggest there is another hand involved in her vanishing, and Tucker has an evil plan up his sleeves! It can be assumed that since Jeremy is now out of prison, he and Tucker have kidnapped Diane under a revenge plot!

Kyle Gets Worried For Diane.

The whole of Geona City believes it is not unlike Diane to pack and flee on The Young and The Restless. However, her son, Kyle, will find it hard to digest that she abandoned him just like that. Agreed that they haven’t had the best of relationships, but things were changing. Kyle truly believes that Diane loves him

and Harrison and would not break their hearts like that.

So it would be really interesting to see how Kyle deals with this new development. Will Summer and the rest of Diane haters be able to convince Kyle that his mother has betrayed him? Or, will Kyle go on a mission to find and eventually rescue Diane? What could be Trevor and Jeremy’s agenda behind kidnapping Diane? So many new questions have arisen. If you want the answers, stay tuned to CBS over weekdays to watch the fresh episodes of The Young and The Restless.