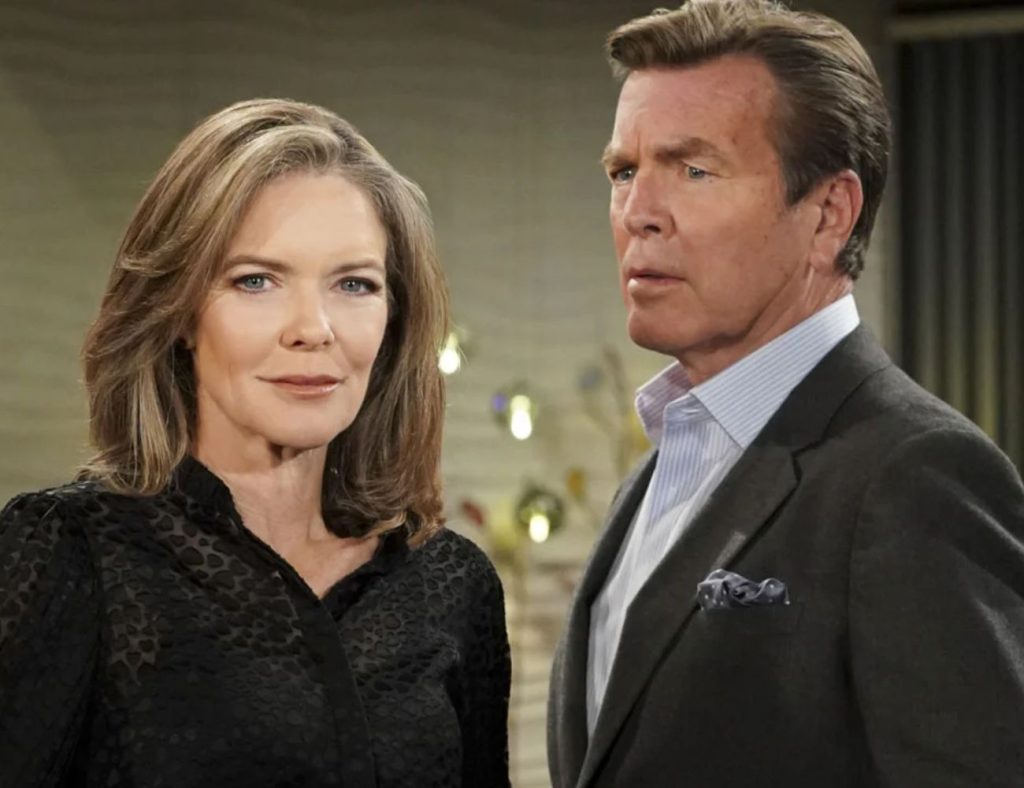 The Young And The Restless: Diane’s SECRET EXPOSED, Jack Is In For A SHOCKER

When bad boy Jeremy Stark first entered The Young and The Restless, it seemed all he wanted was revenge. Some form of payback from Diane for selling him out to the cops in L.A. and then escaping unscathed with all the money they laundered together. Initially, Diane did seem to be terrified by Jeremy, as if she feared for her life. However, with every passing episode her fear of bodily harm is looking bleeker. So, what’s really going on between Diane and Jeremy? What’s the real secret between the both of them? We have connection! And, it will blow your mind, just as it will Jack’s, when he finds out!

Diane Jenkins is made of bones. flesh, blood and a heavy serving of secrets! History is proof, Diane’s pool of secrets is endless on The Young and The Restless. Off late, they have cost her a great deal. However, just as things had finally started to look good for her with Jack and Kyle in her corner, a 6 feet tall secret walked into her life, a.k.a. Jeremy Stark. Presently, it is known that she had a whole life with Jeremy when she first ran away to L.A. in 2011. However, there is no proof or reference that suggests that Diane met Jeremy in 2011. For all we know it could be a connection dating decades before her escape from Geona City.

What if this “old” connection between Diane and Jeremy is much more personal in nature than Diane is letting on? Maybe, they were both romantically involved long before 2011, Diane surely has waffled between a few men back in the day on The Young and The Restless! Remember her confusion over Kyle’s paternity? She first thought Victor was the father, but a paternity test later proved Jack to be the dad. However, what if Diane fudged the results? Not entirely unheard of in soap universe, right? What if there was a third player on the field? Ofcourse, no points for guessing, but it’s Jeremy! And, now he’s back to claim what’s actually his!

Jeremy has been around for a while now on The Young and The Restless. If it was really revenge he was after, he could’ve extracted it by now! He has slipped into Jabot several times, how hard would it have been for him to sneak up behind Diane and hurt her? But he hasn’t done that! And, it’s not just money that he wants. Jack offered him a million dollars and he flatly declined it. If it was more money he wanted, he could’ve worked out a deal with Jack. But he didn’t do that either! He clearly wants something else. Something bigger, something far more valuable and personal.

Jeremy Stark wants his son back! He wants Kyle, the son Diane claimed to be Jack’s on The Young and The Restless. Diane is on the road to the mend now, but she has had a real bad girl past in her rearview mirror. She tried to artificially inseminate herself with Victor’s stolen sperm. So, it won’t really be stretch to assume that she faked Kyle being Jack’s son to meet her own motives. Whatever they may have been back then. However, as of today, the fact is Jack loves Kyle dearly, and Diane knows that.

If Jeremy really is Kyle’s dad then it’s obvious Diane is trying to keep that secret as deeply buried as possible. She knows, if jack found out, it would shatter him on The Young and The Restless. Moreover, he would never forgive her for a betrayal of this magnitude. Any life she has hoped for with Jack, Kyle and Harrison will be smoke. What do you think? Does this possibility makes sense to you? Please share your views with us in the comments. Meanwhile, stay tuned to CBS to find out what Jeremy does next on The Young and The Restless.