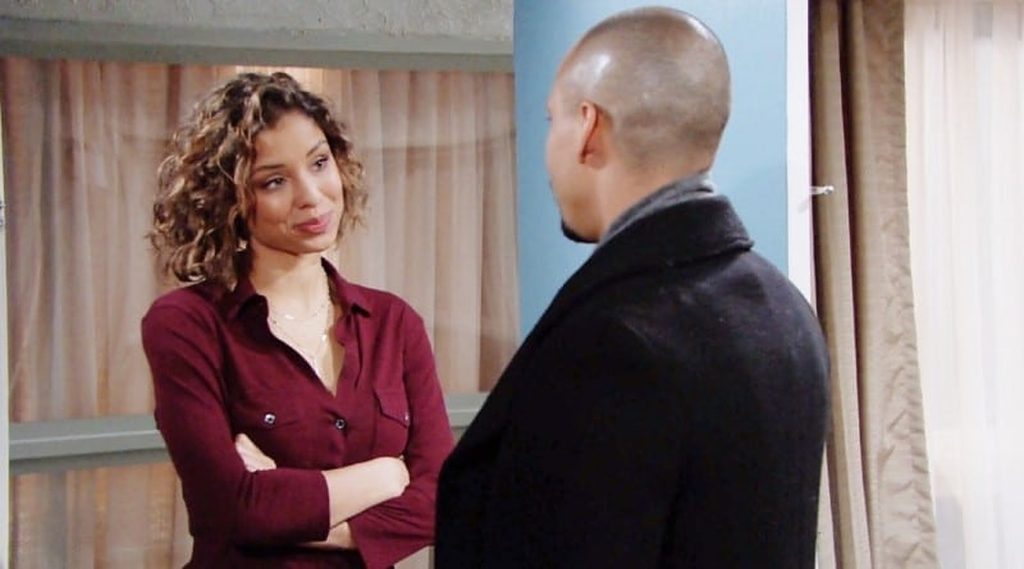 The Young And The Restless: Elena and Devon REUNITE! Nate’s Changed Behavior Pushes Elena To Devon?

The Young And The Restless spoilers tease Elena and share how Nate’s transition has affected her. Even though Elena won’t tell Devon about the breakup, he certainly will get the sense that something serious is happening between the two and will be concerned about Elena. Will Nate’s change in behavior pushes the former couple to reunite? Let’s discuss the possibility of this scenario and, if it happens, how the story will build for it.

Elena Shares Her Ordeal With Devon

The Young and the Restless viewers would recall earlier Nate used to be a gentle doctor. But now, he is a clever businessman solely thinking about profits. Earlier, it only used to be a few tricks or mistakes done in business. But now, Nate’s want to take the entire control over Chancellor-Winters grew to an extent where he started plotting against his own company by striking a deal with Victoria.

Further, The Young And The Restless spoilers tease that Elena will be concerned about Nate’s transition and will share her ordeal with Devon when she bumps into him. As a cousin who himself has faced many troubles with Nate, he will completely understand Elena’s problem. The previous episodes showed how Devon immediately understood Elena’s point of view even though she didn’t disclose the entire drama which happened between them.

As for Elena, she has previously been in a relationship with Devon. So, she will also have no one to talk to apart from him. Devon’s comforting words might soon become an emotional support for Elena. He is still not aware of Elena and Nate’s breakup. What will be his reaction once he knows that?

The Young And The Restless Spoilers: Nate’s Transition Reunites Elena-Devon?

In the previous episode, we saw how Devon and Elena had the same concerns about Nate entering the corporate world. Even though Elena discussed Nate’s transition, she didn’t tell Devon about her breakup with Nate. As for Devon, when he found the hotel room card with Elena, he knew that both Nate and Elena had some fight. Now that Elena is staying alone in a hotel and has fought with Nate, Devon might grow concerned about her.

Fans know that previously there was this speculation that Elena and Devon would start spending more time together as Elena would only have Devon to come and rant her problems about Nate with. Well, looks like Y&R is building that scenario. This conversation might not be the first time since Devon already has a hunch about the fight, he will surely keep a watch on Elena as he grows concerned about her. Could this concern trigger Devon’s past feelings for Elena?

As of now, Elena is single since she clearly has dumped Nate. Speaking of Devon, he is in a relationship with Amanda, who is not in town. However, one thing to consider over here is that Mishael Morgan (Amanda Sinclair) has already confirmed her exit from the show. Even though she will be a recurring actress, her role in Y&R will be less. The Young and the Restless may show Amanda’s character leaving Genoa City for good. So, if Devon also becomes single, the chances of him getting back with Elena will be high.

Not to mention, Elena and Devon are anyways supposed to spend more time together once Elena discloses Nate’s sinister move to takeover Chancellor-Winters. Looks like, as the former couples come closer in the professional world, their chances to come closer in personal life might also increase. Let’s wait to see what happens with these two. Until then, watch The Young And The Restless, which airs every weekday on CBS. For more updates and spoilers, visit our website, TV Season & Spoilers.