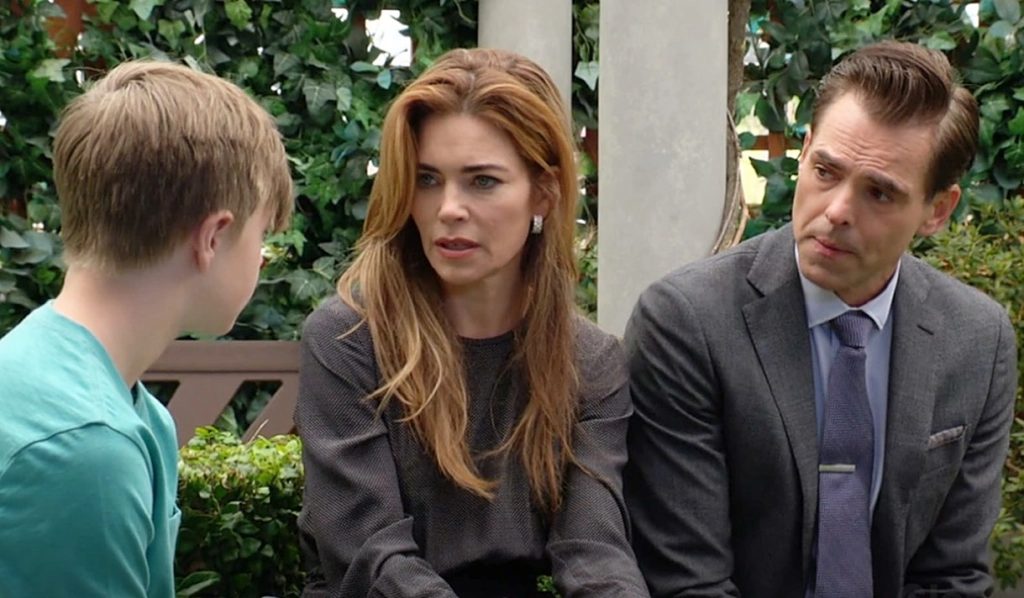 The Young And The Restless Recap For Monday, September 26, 2022: Chancellor-Winters Goes Public, Johnny Learns The Truth

The Young and the Restless recap for Monday, September 26, 2022, revealed the story of Chancellor-Winters. First, we saw Victoria and Nick discuss their upcoming business plans. Furthermore, Victoria told him that she and Billy had decided to tell Johnny about Chelsea. Billy needed some time off work for the process, and Devon questioned his passion for the job.

Meanwhile, Adam and Sally shared banter at the coffeehouse. Sally met Nick, and they decided to keep their relationship a secret. Victoria and Billy told Johnny about Chelsea at the park. Johnny felt blindsided and was not ready to accept the news. He stormed off and declared he did not want to discuss the matter again.

Victoria & Nick Have A Chat

In this episode of The Young and the Restless, we saw Victoria meet Nick and confirm Victor’s approval for the Chancellor-Winters plan. Previously, we saw her plot with Nate to take over a majority of Chancellor-Winters shares once they go public. Furthermore, she decided to make Nate the CEO if the plan worked out.

Later, Nick also discovered Victoria and Billy’s plans to tell Johnny that Chelsea was his biological mother. Of course, Chelsea was over the moon to hear this and joined Billy at Crimson Lights. She was excited to make a healthy and rewarding decision about her future. However, Billy decides to make sure Victoria knows she will always be Johnny’s mom.

The Young And The Restless Recap: Devon & Lily Meet Audra

Meanwhile, at Society, Audra and Nate had a conversation. Nate told her about the people involved but insisted he did not have much to say about Devon. Later, in a meeting, Jill, Devon, and Lily informed Audra they had decided to go public. Jill mentioned an IPO advisor who would be ideal for the job. Lily and Devon confirmed their meeting with Audra.

Later, Billy said he had a family issue and would have to miss a few meetings. Devon questioned his work ethics as the COO. Lily defended Billy and said it was an important issue; however, she was worried Billy was forcing himself to like the job. Meanwhile, Nate introduced Devon and Lily to Audra. She impressed the group with her knowledge of the process of going public. Of course, everyone will acknowledge she was an ideal fit for the role.

In this episode of The Young and the Restless, Sally and Adam exchanged banter at the coffeehouse, leaving Chloe worried. Later, Chloe is suspicious

of Sally’s “meeting” with Nick. Later, Sally and Nick discussed their secrecy and swore not to tell anyone. After their discussion, Nick asked her out to dinner for a work-related discussion; however, there is no denying their obvious attraction for each other.

Meanwhile, Victoria and Billy sat with Johnny at the park. They asked him if he wondered who his birth mother was. Johnny insisted that he didn’t care. In fact, he did not think about it. However, Victoria and Billy insisted Johnny should know the truth as he got older. Johnny was upset to hear Chelsea, Connor’s mom, was his biological mother. Furthermore, Johnny felt ambushed and declared he did not want to talk about this anymore. The Young and the Restless airs weekdays on CBS. Stay tuned with TV Season & Spoilers for the latest news and updates.