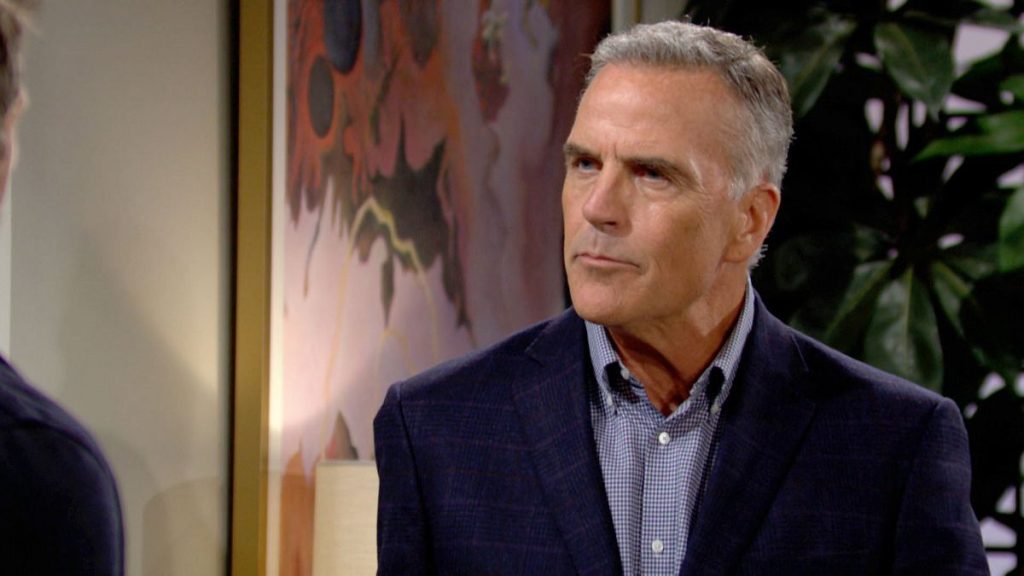 The Young And The Restless February Spoilers: Ashland Makes Moves, Noah Is Jealous

The Young And The Restless Spoilers for February 2022 reveals that many twists, turns, and interesting storylines are coming up on the soap opera in the upcoming days. The spoilers suggest that Victor will continue doing what he feels is right, and that will leave Nikki concerned. However, Nikki won’t be the only one concerned because Lauren will question Michael too.

Victoria will feel very proud of herself while Adam struggles. The Young And The Restless spoilers also suggest that Jack and Phyllis will go on an adventure while Noah deals with his heart. Would Noah be okay? Here is everything to know-

Nikki already believes that things are rather strained in the Newman family, and Victor looking into Ashland would only make things worse. Nikki knows that if Victoria comes to know about Victor’s plans, she will lash out. However, Victor might not think about this so much, and he will continue with getting Ashland investigated.

While Victor deals with Nikki’s concern, Michael Baldwin will also have to answer to his wife, Lauren. The Young and the Restless spoilers suggest that Lauren will be worried that history will repeat itself if Michael and Victor work together.

She will be scared that this partnership will take a toll on her and Michael’s relationship like before. She might then ask Michael to tell her everything about this new job. However, Michael might not be ready to do so. Would things get complicated for Lauren and Michael? We will know soon.

The Young And The Restless: Victoria Pushes Adams Buttons

Speaking of Victoria, The Young and the Restless spoilers suggest that she will be on cloud nine. She has just acquired Newman media, and she will not miss any opportunity to rub it in Adam’s face. However, the spoiler suggests that she wouldn’t be alone in doing so.

In fact, her husband Ashland Locke will help her push Adam’s buttons. But more spoilers suggest that these two are playing with fire. While Adam is on the path of redemption right now, if Victoria pushes him too far, he might flip out.

While it will be very difficult for Adam to deal with his family, he will have someone in his corner. The Young and the Restless spoilers hint that Sally Spectra will be by Adams’s side supporting him. There is a possibility that things might Heat up between Sally and Adam in the upcoming days.

More related spoilers suggest that Chloe and Chelsea will also start getting worried when they come to know about Newman Media. They will be worried about how all of this sale will affect the fashion platform. The two women will make some major moves and decisions in the upcoming days.

Lily And Billy Try To Settle In

The Young and the Restless viewers know that things have been changing for Lily and Billy drastically. Lily is now the CEO of Chancellor Industries, while Billy is the COO. So, as Lily continues to adjust to her new role.

The Young and the Restless spoilers suggest that Billy will take on a passion project. This will help him keep busy and give Lily the time and space she needs. However, not everything will be very easy because Lily will soon turn to Jill Abbott for some advice. It looks like more bumps are coming on Lily’s and Billy’s way indeed.

Speaking of bumps, Nate and Elena will start to tackle some issues too. While their personal life will be smooth because things might become a little difficult on professional levels. They will have new challenges, and they might start taking a toll on them. More related spoilers suggest Ashland will come up with an offer for Nate in the upcoming days.

The Young And The Restless: Jack And Phyllis’s Adventure

Elsewhere in Genoa City, Jack and Phyllis will brace themselves for a new challenge. As per the latest spoilers, the two of them will tackle a mystery together that will lead to an interesting adventure.

Jack and Phyllis have been dancing around the line of Romance for some time now. So it is possible that this new mystery might lead to them coming closer. Spoilers also suggest that Traci will help them on this path. Would this adventure end up with the” Phack” Reunion we’ve been waiting for? We’ll know soon.

Romance is in the air of Genoa city in the upcoming days. However, that isn’t the end of it. Jealousy and struggles will also come in. The Young and the Restless spoilers suggest that newly engaged Mariah and Tessa we’ll be happy as they plan for their future.

But Texas’s ex Noah will find it difficult to adjust. His jealousy will start taking a toll on him, and this will leave everyone worried. Spoilers suggest Nick and Sharon

will be really worried for their son and how he is dealing with it.

The Youmg And The Restless: Abby And Chance Struggles

Rounding off the February spoilers for the Young And The Restless are Chance and Abby, who will continue struggling. While Chance will deal with whatever had happened back in Spain, Abby will deal with the baby drama. She will continue finding it hard to adjust to the new custody arrangement.

The Young and the Restless spoilers say that some new Dominic medical drama is around the corner. So when that erupts, things will become even more complicated. Amanda will try to be the peacemaker. She will try and help Devon and Abby find common ground. She will hope that both of them can keep Dominic first and hence get along. However, will it be so easy?

Will Devon and Abby be able to solve their issues? What is happening to Dominic? We will get all the answers In the upcoming episodes. The Young and the Restless airs on CBS all weekdays. Make sure you tune in and enjoy.