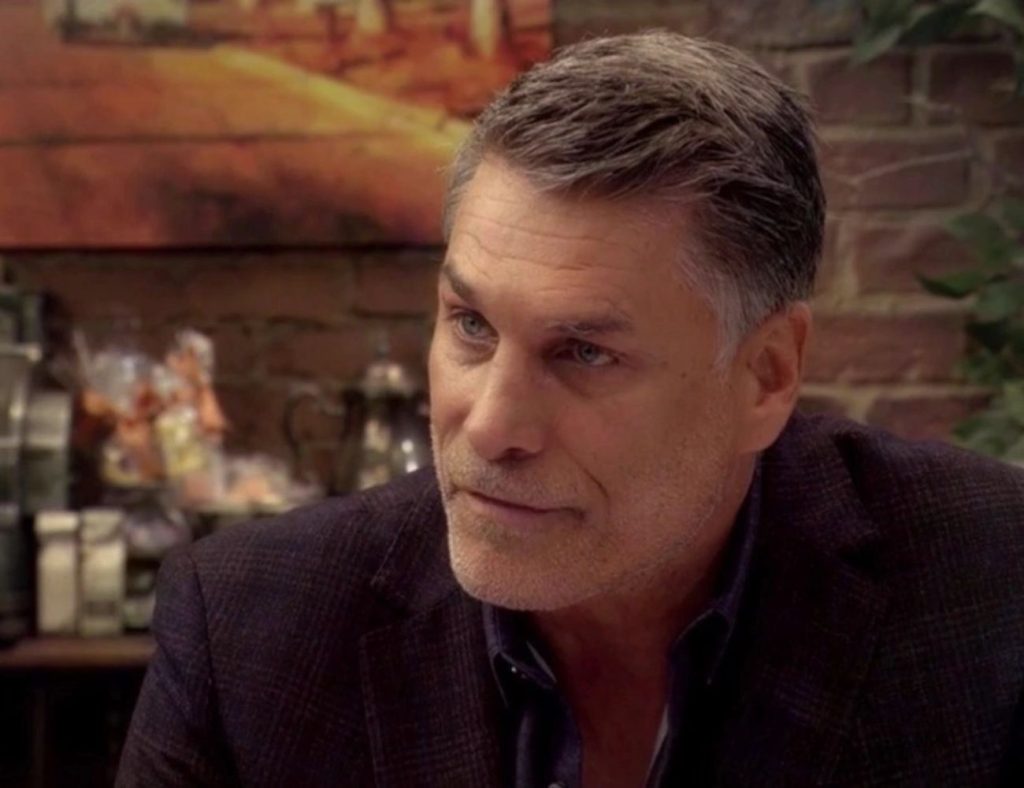 The Young And The Restless: Jeremy Gets KILLED! Jack And Victor Join Hands

High Voltage drama took center stage on The Young and The Restless when Jeremy Stark came to Geona City. Rather, when he was summoned to GC. Diane shook like a feeble leaf on seeing Jeremy walk into the Abbott Mansion. She was convinced that doom’s day has arrived for her. However, the latest spoilers suggest that the drama quotient on the CBS soap is about to raise a few notches higher. Someone other than Diane is about to meet their doom. Spoilers insinuate that viewers should brace them for a possible murder mystery track ahead! Involving none other than Jeremy Stark!

Phyllis Summers did not need an ouija board to summon a devil on The Young and The Restless. The modern invention of mobile phones did the trick just right for her! Diane’s face was every possible brand f terrorized when she saw Jeremy standing in front of her. To get that sort of reaction from a woman like Diane, you really do have to be Devil Incarnate, and Jeremy seems to be just that. Even after Jeremy left the place, it took Jack a while and a truckload of reassurances to calm Diane down.

Diane knows she has done him dirty on The Young and The Restless. She owes Jeremy a large amount of money that she has already spent. Moreover, she left him to rot in prison while she took immunity to rat him out. Thus, it’s obvious that the man is back for payback. However, Jack and Kyle have assured her that they won’t let any harm come to her. But how far would the Abbott men will be willing to go to ensure Diane and the rest of the family’s safety. Spoilers suggest that Jeremy might soon meet a grim end and the residents of Geona City might find themselves embroiled in a murder mystery!

“Who Dunnit?” On The Young And The Restless.

Should Jeremy wind up murdered in Geona City, the police will have a long list of suspects to comb through. The man is so vile that it hasn’t even been two heartbeats since he set foot in the town, and has so many people against him already! Of course, Diane would be suspect numero uno on The Young and The Restless. Considering that Jeremy has come to GC to exact revenge on Diane, all fingers would point at her first. While there is a chance that she might end up killing him in self defense. There also are many other possibilities that could drag other people in the murder web. Jack and Kyle would make good suspects as they would want to protect Diane and their family.

Speaking of family, Summer and Phyllis too could be on the suspects list on The Young and The Restless. Jeremy is a hardened criminal and now knows of the Abbott wealth. It’s quite possible he might target little Harrison for a payday! Summer or Phyllis might easily end up killing Jeremy in an attempt to save Harrison. This can prove to be a really thrilling plot in the upcoming episodes. If Jeremy does end up murdered, who do you think could be the most likely killer? Let us know in the comments who comes to your mind! Meanwhile, stay tuned to CBS over weekdays to find out what actually happens with Jeremy and Diane on The Young and The Restless.