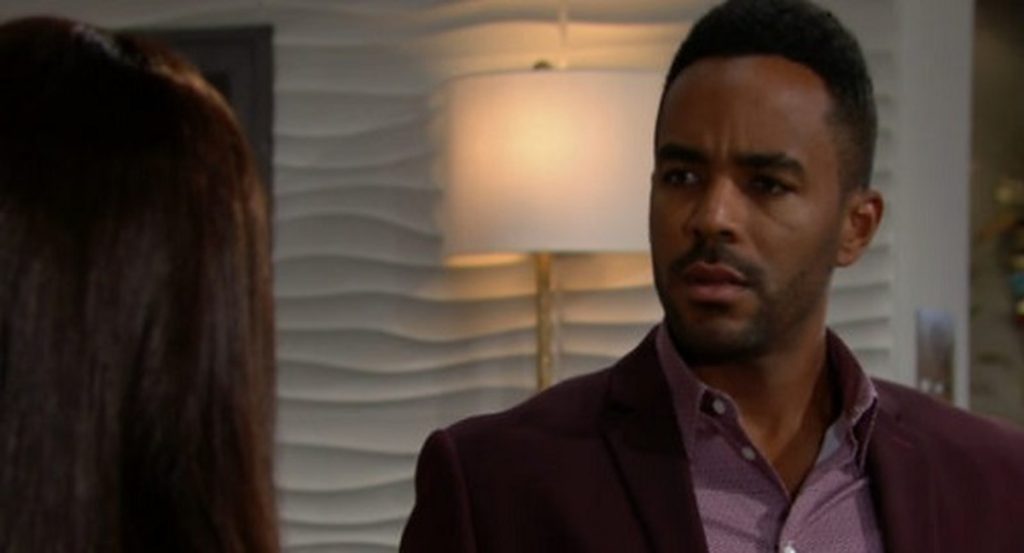 The Young And The Restless: Nate Comes Closer To Another Woman, Attracted To Audra Charles?

The Young And The Restless spoilers say that Nate will have a meeting with a mystery woman. The woman will be none other than Audra Charles, who will be brought to Genoa City by a business tycoon soon. As for Nate, he will be quite fascinated with Audra in their first meeting itself. Will this fascination escalate to something more in the future? Let’s read further to know the probability of problems occurring with Nate.

Right now, The Young And The Restless has a lot of twists in the storyline. To add to it, Y&R already informed us about Zuleyka Silver debuting on the show as a hotshot executive. Once she debuts on 23 September 2022, the storyline will get more twisted. Genoa City is known for two big companies, Newman Media and Chancellor-Winters. So, it is pretty obvious that she will be working in either of these two companies.

As for now, the recent Y&R spoilers showed how Nate quit his job and decided to take revenge on Chancellor-Winters. For that, he also teamed up with Victoria to be her inside man in providing her with the majority of share in Chancellor-Winters. This is something that is going on in Newman Enterprises, a sort of expansion.

Over with Chancellor-Winters, after Nate quit the job, both Devon and Lily had conflicts in their opinion. Lily wanted Nate to stay, while Devon saw no use in it. Not to mention, Billy was also frequently reminded to focus on his COO position by Lily. Both companies are in dire need of quality workers. So now, for which company will Audra be appointed as a high-powered executive? The Young And The Restless spoilers have already hinted that her Audra’s is certainly going to shake things up. No doubt, some major business rivalry is soon to happen. However, what will be the start? Let’s read further.

The Young And The Restless Spoilers: The “Inside Man” Stirs Problem, Attracted To Audra?

The recent The Young And The Restless spoilers showed how Nate offered to be Victoria’s inside man to take revenge on Chancellor Winters. However, Y&R spoilers say that the “inside man” will have to deal with something else before he actually starts his revenge journey.

It seems like Nate will have a meeting with Audra, and he will be fascinated with her in their first meet itself. Fans already know that even though Nate is in a relationship with Elena, but, he came closer to Imani nevertheless. So, for him to be a little flirty with Audra will not be a big deal.

Speaking of Audra, since she is new in the city, she might need someone to help her show her around the city. She might also wonder if Nate is single. Whatever the case, Audra’s timing just sits not that right, that too when Y&R characters are all tangled up in a huge mess. We already got hints that Audra will be summoned to Genoa City by a business tycoon. However, we don’t know who he or she is. So chances of someone planting Audra in GC cannot be stricken off.

If Audra works for Newman Media, then it is fine. But, if she starts her journey with Chancellor-Winters, then it definitely will become chaotic. Nate’s plan to serve as Victoria’s inside man will get blocked. Fans know that Nate can very easily be manipulated. As for now, it is Imani, but things might change if he drifts to Audra’s side. Earlier, Nate was created business problems for Chancellor-Winters. So, with his new fascination towards Audra put Newman Media also in trouble? Stay tuned and watch The Young And The Restless, it airs every weekdays on CBS. For more updates and spoilers, visit our website, TV Season & Spoilers.