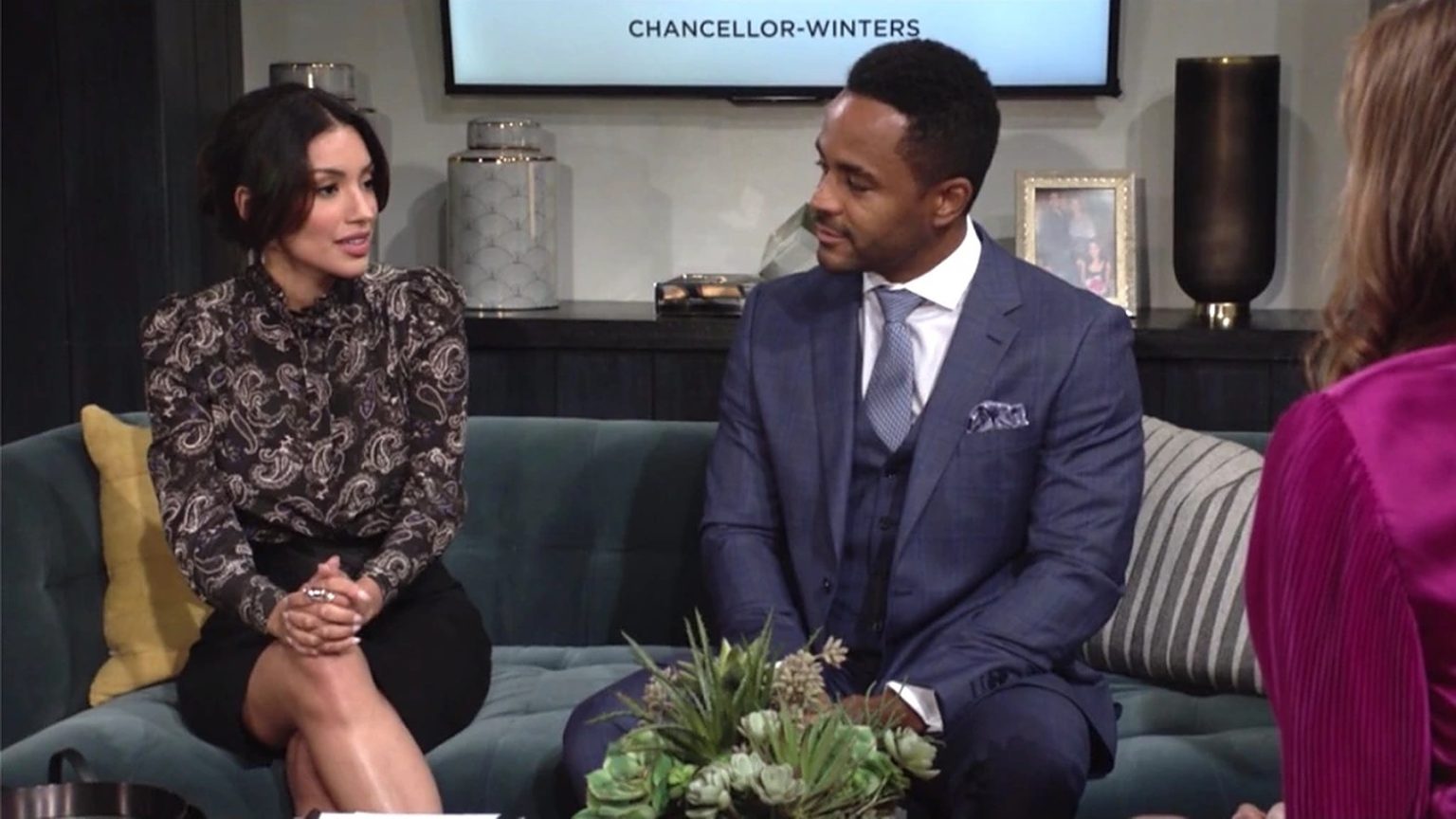 The Young And The Restless: Nate’s Big Redemption, EXPOSES Audra

The Young and The Restless has been witnessing a lot of scheming off late. At any given point of time at least handful of characters are plotting to rip someone down. Nate, too has been working in cahoots with Victoria, trying to takeover Winter-chancellor. Nate has successfully landed in the hate zone of both of these siblings! Also, another one left scathed by Nate is Audra! And she’s in Genoa City now, with a mission of her own. Will Nate use Audra’s secret to win a place back in Devon and Lily’s good books? Let’s find out!

Nate’s Betrayals On The Young And The Restless!

Lily is still having a hard time coming to terms with Nate Hasting’s betrayal that left their family in pieces. Devon too, declared that Nate will not be winning any favors or forgiveness from him. However, we are not sure if Devon will live up to his threat

. He himself has done a bunch of questionable things on The Young and The Restless and has been forgiven for it. So, holding a grudge against Nate for what he did seems a little too royal of him. Especially on a soap like Y&R where people have gotten away with unimaginable acts.

Although, not learning from past mistakes, Nate has been involved with Victoria in hatching another stealthy plan. A takeover of Chancellor-Winters. But can being ousted by his family stir a change in Nate? Could he for once want to do an upstanding thing and redeem himself with Lily and Devon? If the answer to that is yes, then, Audra’s secret is all he needs! Keep reading to find out what we are talking about!

We know it’s no coincidence that Audra is in Geona City. She is in cahoots with veteran baddy, Tucker! While Nate is planning a takeover of Chancellor-Winters, alongside Victoria Newman, Tucker has his own takeover plans and Audra is his mole! No wonder, she is all sweet talking Nate and not holding his past betrayal against him. However, Nate is suspicious of Audra’s true intentions. That suspicion might grow stronger the more closer Audra gets to him. That could be all Nate might need to stop Trevor in his tracks on The Young and The Restless.

Exposing a plot orchestrated by Trevor can go a long way in winning Nate a spot in Devon’s good books. After all, Devon still isn’t on a healthy footing with his bio dad. So Nate being suspicious of Audra can be rewarding. Maybe some clues spilled by her can lead connect the dots to tucker and expose a more sinister plan than the one he was hatching with Victoria on The Young and The Restless. Looks like things are about to get even more exciting on the soap! So be sure not to miss any upcoming episodes!