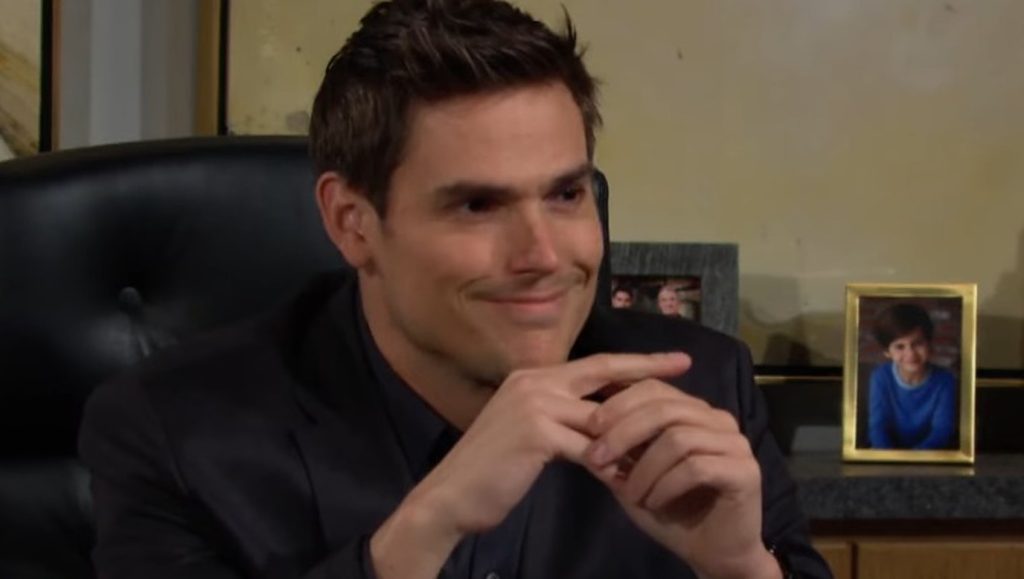 The Young And The Restless: Adam Attacks The Newman Media, Again, Wants To Take Down Nate And Victoria

The Young And The Restless spoilers tease that Adam might attack Newman Media again. However, it won’t be for himself but for his former flame, Sally. Chances are there that Adam might feel betrayed when Sally is fired. So, he might go behind all those who were certainly responsible for firing Sally. How will Sally react to this? Will she stop Adam, or will she team up with him? Let’s discuss this scenario and see how the writers might take it further.

Fans know the amount of sacrifice Adam made to sustain Sally’s job. The Young And The Restless showed the episode where both Victoria and Nick were hell-bent on firing Sally but stopped from doing it. Adam accepted their offer to leave Sally and also his job if he wanted Sally to remain the CEO of Newman Media.

Well, under that, Adam did break up with Sally, but he never was able to move on from her. Even though he acted like he didn’t care, he was doing everything for Sally. Unfortunately, Sally was unaware of it. Coming back to the present, Victoria has already teamed up with Nate and offered him the CEO position. For that, she even fired Sally from her CEO position.

Of course, this will piss Adam off really bad since all his sacrifice would mean nothing. Just a month back, he made the deal and accepted Victoria’s offer to leave Sally. And now that his sister has fired Sally, everything he did and suffered would mean nothing. Fans know how vengeful Adam can get when someone messes with him. So, now that his own siblings have betrayed him, what will he do now? Will he fight for Sally? Let’s discuss what Adam’s next move might be.

. Nick clearly knows that he is among the ones who wanted Adam to break up with Sally. Also, when Sally was crying out for Adam, not even once did Nick mention that Adam did everything for her. Instead, when he got a bit closer to Sally, he chose to stay like that. Even after knowing Adam likes Sally, Nick still wanted to take his hook-up relationship to a serious one.

But now, things have changed, and Victoria is making things very difficult for both her brother. Now that she has broken her promise, Adam will fume in rage. He will be so done with his siblings’ betrayal. He did whatever they asked him to, and in the end, they betrayed him. Adam is known for taking revenge whenever someone messes with him. Looks like he will now go after Nick and Victoria. One for firing Sally and the second for betraying him. Since Nick couldn’t stop Victoria and is also wooing Sally, Adam won’t spare him as well.

How will Sally react to this, though? Chances are there that Sally might not want him to take revenge. Then again, chances are there that Sally might join the rival company, Jabot, and team up with Adam in his revenge. Whatever the case, Adam will certainly make the Newmans pay for their betrayal. So, stay tuned and watch The Young And The Restless, it airs every weekday on CBS. For more updates and spoilers, visit our website, TV Season & Spoilers.