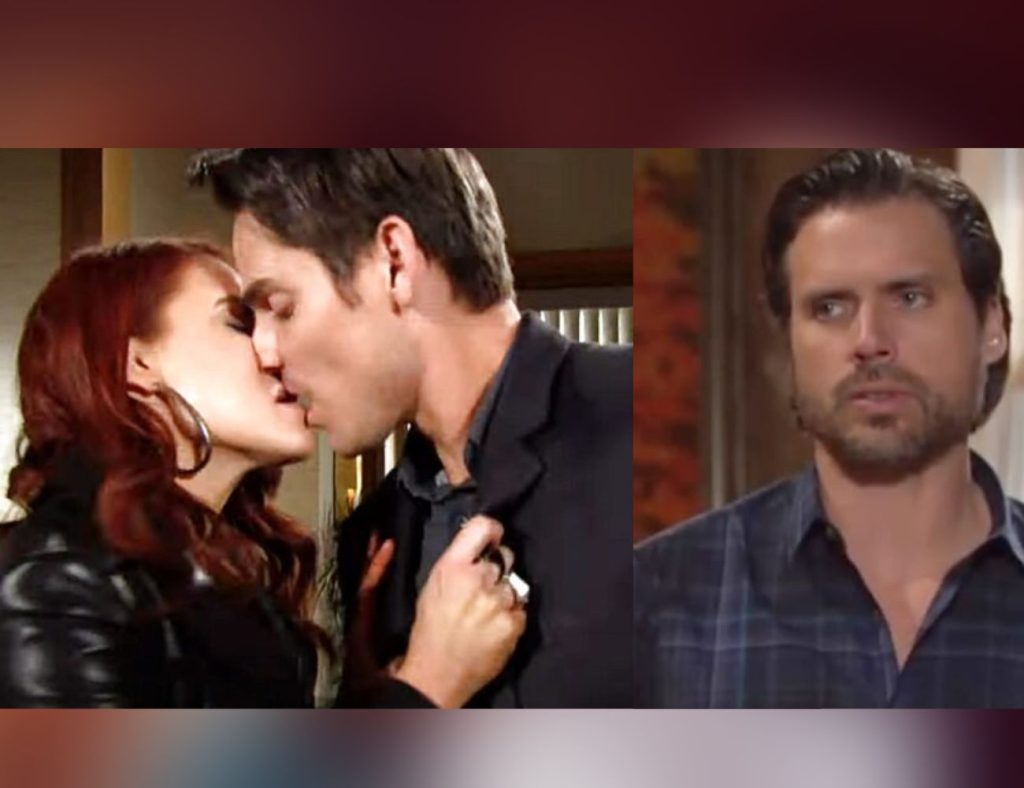 The Young And The Restless: Nick Finds Sally-Adam Red-Handed, Will He Walk Away?

The drama surrounding the Nick, Sally, and Adam love triangle is taking a high note in The Young and The Restless. Every passing episode adds another layer of complication to the trio’s twisted equation. After Adam broke Sally’s heart, it started to look like it would be an easy choice for her to stick with Nick. However, the winds changed when Sally gave in to her temptations and got cozy with Adam all over again. The latest spoilers suggest that Nick will step in on Sally and Adam in the act! What will the older Newman brother do? Will he leave Sally and walk away?

Nick-Sally-Adam Love Triangle On The Young and The Restless

Sally’s life took a drastic turn on The Young and The Restless when she got caught in a torrid romance between the Newman brother, Nick, and Adam. Things got even worse when the thirds Newman sibling, Victoria, sacked Sally from Newman Media. Losing her CEO position hit Sally really hard, and she was grappling to take control of her life. While her professional troubles were going to take longer to resolve, Sally decided to take matters of love into her hands. She told Nick that she wanted to be with him and not Adam.

It started to look as if that aspect of the spunky Spectra’s life was finally settled on The Young and The Restless. However, there was no denying that Sally still had feelings for Adam. Just as much as he did for her. Not being one to drop the weapons so easily, Adam continued to pursue Sally. On one such occasion, when Adam confronted Sally, he ended up proposing marriage to her. The shock hit Sally like a thunderbolt, and she lashed out at Adam. They soon moved to Sally’s room to talk in private, but matters soon got TOO PRIVATE. Sally and Adam leaned in for a passionate kiss, and Sally confessed she still wanted him and not Nick.

Sally And Adam Hit The Sheets, Nick Walks Into Betrayal

Earlier, when Sally had told Nick her decision of choosing him over his younger brother, Nick had accepted her decision. They further sealed the romantic deal with a love-making session on The Young and The Restless. However, heartbeats later, when Sally was alone with Adam

in her hotel suite, she couldn’t resist the temptations of her electric feeling for Adam, and they both gave in to their passions. Thus, indulging in a love-making session of their own. The latest spoilers suggest that after Adam leaves post their intimate acts, Nick visits Sally unannounced.

When the older Newman brother enters Sally’s room on The Young and The Restless, he finds signs of betrayal everywhere. The room is ransacked, Sally’s hair is a mess, and the look on her face is enough to tell the tale of passion she just shared with Adam. Hurt by the realization of what went down in the room, Nick turns on his heels to leave. However, Sally stops him and tries to convince him to stay. The spoilers tease that despite what went down between her and Adam, Sally still wants to be with Nick! But the bigger question is, does Nick want to be with her?

Nick is no novice to matters of the heart and he damn well knows the heart wants what it wants! So will he realize that Sally’s heart truly belongs to Adam and let her go to him? Or will he accept her request to remain in the relationship on The Young and The Restless? What do you think Nick should do now? Please share your views in the comments. Meanwhile, stay tuned to CBS over weekdays to find what happens next in the lives on Nick, Sally and Adam on The Young and The Restless.