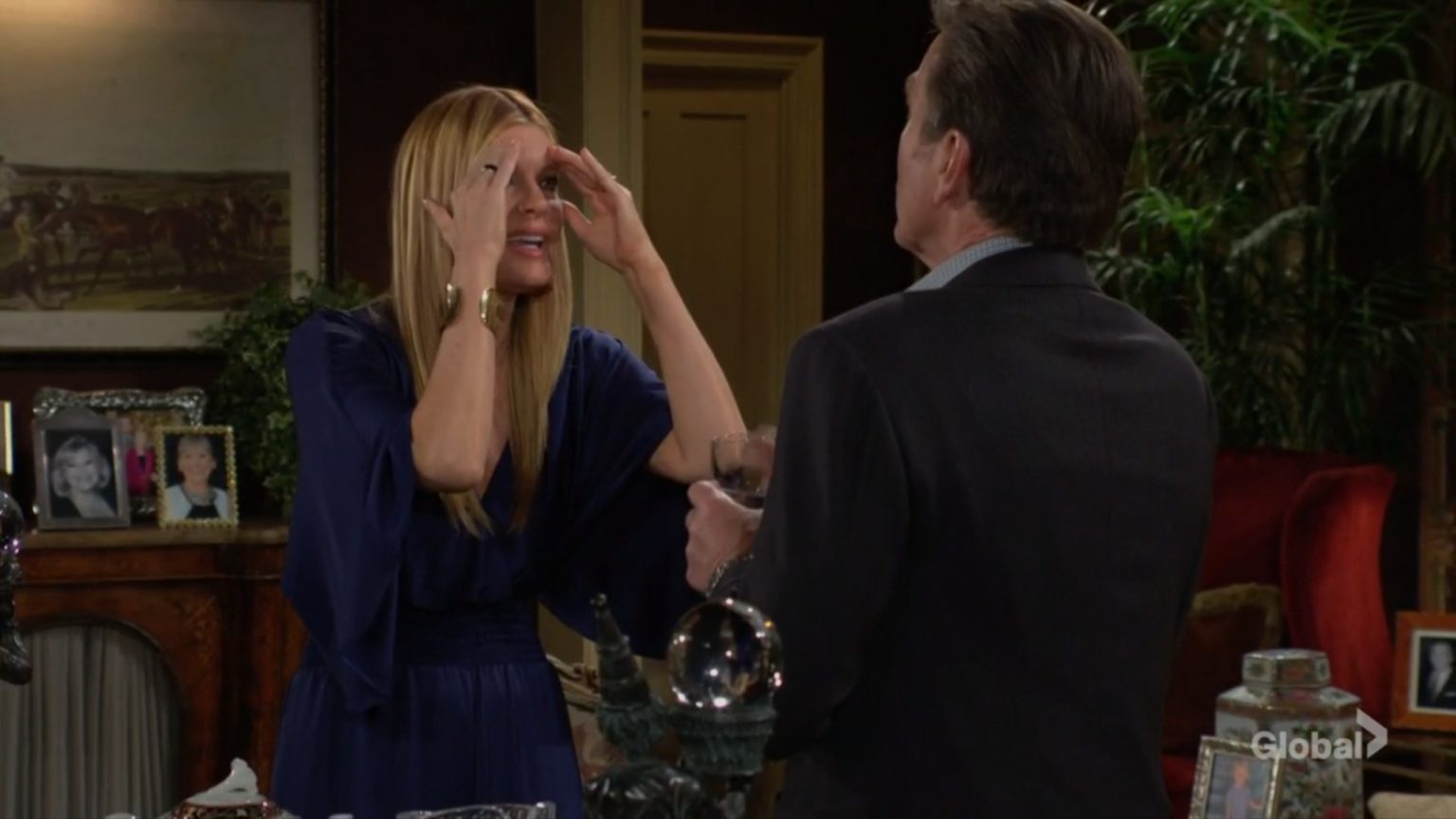 The Young And The Restless- Phyllis’ MENTAL BREAKDOWN, Shifted To Fairview?

The Young And The Restless latest spoilers reveal that Diane isn’t going anywhere, and this thought is eating Phyllis up. Viewers know that Phyllis is finding it hard to tolerate Diane. She is trying every way possible to throw her out of Genoa City and her life. But, Kyle wants his mother around, so it is likely that Diane will get on Phyllis’ nerves, and things will become bad from there. As per speculations, Phyllis might have a mental breakdown and will be shifted to Fairview for treatment. What will happen there? Here’s all about it.

For starters, The Young And The Restless, viewers know that Phyllis has been going through a lot of emotions since Diane arrived in Genoa City. Phyllis absolutely despises Diane and feels angry all the time when she’s around. But, we also know that Diane is not going anywhere anytime soon. Kyle Abbott wants his mother to be around. So, she will be here.

The Young And The Restless spoilers for May 26, 2022, saw Phyllis admitting that feels a wild outburst whenever Diane is around her. We know that Diane lost her calm with Nikki, and the confrontations with Phyllis have not gone that far. But, we might see Phyllis’ anger getting out of control in the upcoming weeks. Things might get violent and ugly between Phyllis and Diane very soon.

The Young And The Restless: Phyllis Gets Violent With Diane, Ends Up In Fairview?

Regular viewers know that Diane slapped Nikki because she could not tolerate her insults. So, Diane might plan something to make Phyllis look bad in front of Jack and Kyle. Jenkins has already started to cause trouble between the new couple. As per the speculation, Diane will drive Phyllis to her edge, where she will provoke her as a physical fight erupts.

This all could be Diane’s plan to win Jack’s sympathy. She might end up getting injured from the violent fight with Phyllis. It will not be that tough to provoke Phyllis since she’s on the verge of a mental breakdown. Diane might use that to her advantage. This all might lead to major meltdowns, and Phyllis might get shifted to Fairview for treatment. Diane will be glad if Phyllis is gone, she can have her whole family back slowly and steadily.

What will happen next? Tell us in the comments below. Lots of drama and trouble are coming up in Genoa City. In the meantime, TV Season & Spoilers will keep you updated about all the happenings of the soap opera. The Young and The Restless airs on CBS all weekdays. Keep an eye on the space.