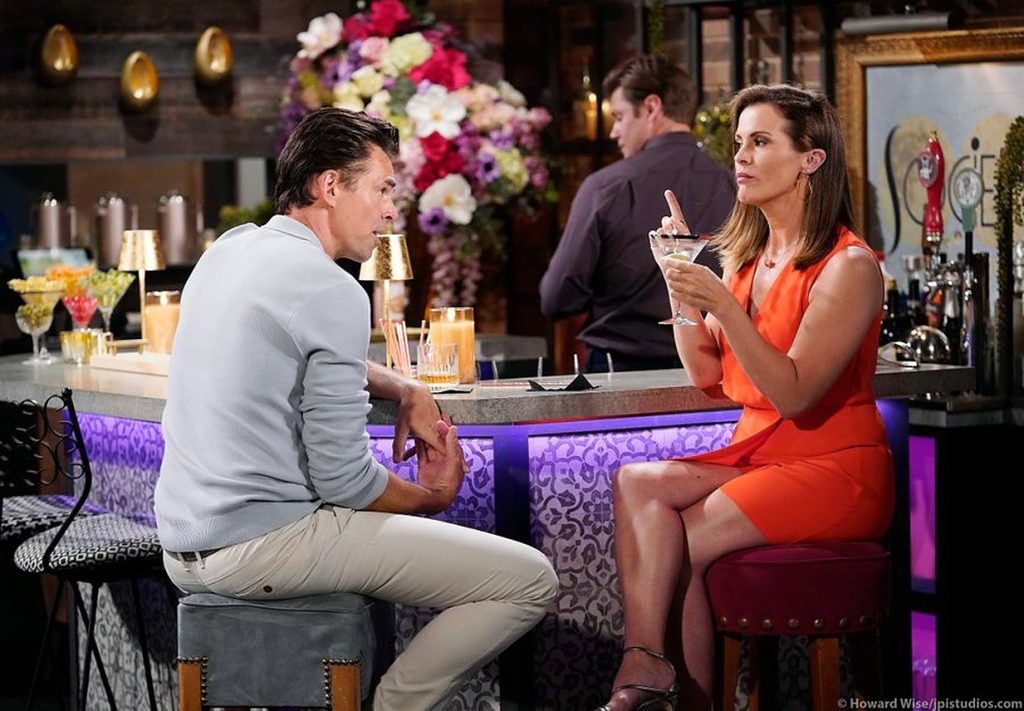 The Young And The Restless Preview Video For Week Of August 22, 2022: Chelsea Makes A BOLD Move; Billy Is Confused

The Young and the Restless spoilers for the week of August 22, 2022, reveal the story of Chelsea and Billy. Spoilers suggest that Chelsea will develop feelings for Billy, and the two of them will get close. Chelsea will boldly try to kiss Billy in a moment of passion.

However, Billy would be shocked after the incident. He will debate whether he should tell Lily, his girlfriend, about what happened with Chelsea. If he does tell the truth, Lily will get suspicious, and Chelsea will lose her job.

Billy And Chelsea Get Close

The Young and the Restless preview reveals that Billy and Chelsea will get close in the upcoming episode. At first, Billy will talk to Chelsea about teamwork. Billy believes he and Chelsea make a good team. And Chelsea smiles at this remark. From the preview, it is evident that she is smitten and likes Billy. However, there could be a clash of thoughts. It looks like Billy is interested in working with her, whereas Chelsea is interested in him.

Spoilers suggest that Chelsea might make a bold move in the upcoming episodes. It is speculated that her brave move could also be a mistake. The preview reveals that Chelsea will jump at Billy and hold his face. And she will kiss him on his lips in a moment of passion.

Chelsea Will Talk To Chloe

The Young and the Restless spoilers do not reveal Billy’s immediate reaction to Chelsea’s move. However, he will be shocked beyond belief. Billy is in a committed relationship with Lily Winters. So, if he decides to accept Chelsea’s feelings, things could get rocky for him.

Elsewhere, Chelsea will talk to Chloe about what happened. Chloe is concerned about Chelsea and her problematic romantic choices. Moreover, things get very complicated every time Chelsea gets involved with an Abbott man. Earlier, things got heavy during her relationship with Adam Newman. However, Chelsea is not concerned about Chloe’s warnings. She believes she has not fallen for Billy.

The Young And The Restless: Will Chelsea Lose Her Job?

In the upcoming episodes of The Young and the Restless, Billy will have to make a decision. Will he tell Lily about the kiss with Chelsea? Moreover, does he still want to be with Lily? Y*R fans are aware that they have had a rough couple of months.

If Billy tells Lily the truth, Chelsea could lose her job. Moreover, Billy’s loyalty in their relationship will be questioned by Lily. On the other hand, Billy may tell Chelsea they could never kiss again and try to keep it a secret. However, Genoa City is not the best place for secrets. And Chelsea has a history of fixating on her men. Could she become obsessed with Billy? We will have to wait and watch to know what happens next.

The Young and the Restless airs weekdays on CBS. Catch the latest news and spoilers from the show on TV Season & Spoilers.