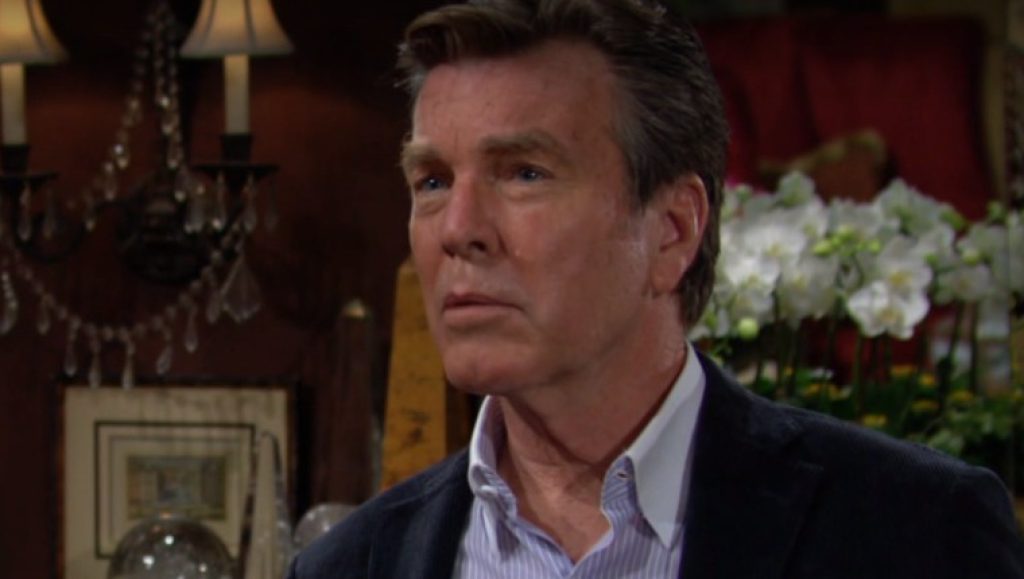 The Young And The Restless Spoilers For Next Two Weeks (August 1-12, 2022): Jack In MAD, Nick Feels Guilty

The Young And The Restless spoilers for next two weeks, starting August 1 to August 15, 2022, reveal that the upcoming episodes will see Jack ripping into Phyllis. Phyllis will lose her temper on Diane once again, and this will not sit well with Jack. Then, Nate will make a big mistake that will leave him in a vulnerable situation too. The Young And The Restless spoilers confirm that there will be a lot of Newman drama, and the plan against Diane will be in its full force.

Further, in the week of August 8-12, 2022, Phyllis will continue working against Diane while Elena calls Nate out. Chance will also make a shocking discovery, and Chelsea will land in danger. What would all happen? Here is everything to know.

The Young And The Restless Spoilers For The Week of August 1-5, 2022: Jack Rips Into Phyllis

The Young and The Restless spoilers for the upcoming week of August 1, 2022, reveal this week will start on a rather heated note. Phyllis Summers will come face to face with Diane Jenkins, and she will lose her calm. The problem is, this time, it will happen around Harrison Abbott.

Diane and Phyllis will come face to face in the park, while Jack and Harrison will be close nearby. Phyllis will lose her composture and blast on Diane. Jack will witness this, and he will be furious. He will corner Phyllis and call her out over her lack of restraint. So, this will push the two of them further away.

While Jack deals with Phyllis, his son Kyle Abbott will confide in Mariah Copeland. He really has started to let Diane in, and he will talk to Mariah about it. Is new trouble on the horizon? We will have to wait to know.

There will also be some case solving in the upcoming days on the soap opera. Nate will make a huge mistake, and that will rile Devon up. It will get so serious that Devon Hamilton will end up suggesting he get a supervisor. This will infuriate Nate, and he will think that Devon is not treating him right.

On the other end of the town, Chance will get suspicious. He will talk to Kevin, and the two of them will make a disturbing discovery. There will be new evidence in the Ashland Locke case. So, this might put Victor, Nick, and Victoria in a hot seat.

The Young And The Restless: The Newman Drama Continues

Speaking of the Newmans, there will be a lot of drama. Sally will put Nick on the stand and grill him about everything that has been happening lately. Sally wants to get to the bottom of everything around her. So, she will ask Nick questions. On the other end is Adam, who will decide to cancel his flight. He will stick in the town, but he will enjoy some “Me time” soon.

Back with Nick, he will call out Victor on his involvement in the Ashland coverup. Victor will lose his calm, and he will end up delivering an ultimatum to his son. Maybe Victor will make it clear that Nick needs to stick to his story and let Victor do everything else. The Newman Patriarch wants to keep his family safe, and he is going to do everything he can. However, Nick’s guilt might become a problem soon.

As for Victoria, she will think that her father is doing what is right, but Nick will tell her some news that might change her perspective. It is likely that Nick will give her some solid information about the coverup. Nevertheless, Victoria wouldn’t want Nick to pay for what happened to Ashland. So, she will urge Nick to keep quiet about this.

Chance Lands In A Tough Position

Investigating Newmans won’t be the only thing that Chance does in the upcoming week of August 1, 2022. The Young And The Restless spoilers say that Chance himself will land in a tricky position, and this will have something to do with Abby.

Abby is going to get concerned about Victor, and she will want to find out if Chance has something around that would incriminate her father. So, she will do some sniffing around, and that will cause a problem in her and Chance’s relationship.

There will be more relationship trouble coming up in the week. The Young And The Restless spoilers confirm that Billy and Lily

will have to deal with new obstacles. Victoria will lean onto Billy for comfort and support. This will cause a problem in his and Lily’s relationship. Lily is worried that her boyfriend is going back to his ex.

The Young And The Restless: The “Take Diane Down” Plan Will Continue

Rounding off The Young And The Restless spoilers for the week of August 1, 2022, will be the Diane destruction plan. The Young And The Restless spoilers suggest that Amanda will meet with Diane, and she will promise her something. In the upcoming days on the soap opera, Diane will get closer to Jack. Knowing the kind of person Phyllis is, it is likely that Amanda might promise Diane that she will try to maintain peace between these two ladies.

Speaking of Diane, Phyllis and Nikki will continue trying to convince Ashley to say yes to their plan. Ashley will be worried that if anything goes wrong with the plan Phyllis has come up with, it will affect both Jabbott and Marchetti. She will not be willing to take this risk. However, Nikki will point out that this is their best shot at taking Diane down. In the meantime, Nikki will hire a private investigator to dig into Diane’s past and see if there is anything else that can be done.

The Young And The Restless Spoilers For The Week Of August 8-12, 2022: Elena Issues An Ultimatum, Phyllis Makes Moves

This Diane drama will continue in the week after. The Young And The Restless spoilers for the week of July 8-12, 2022, suggest that Phyllis will continue working on her plan to take Diane down. There will be some roadblocks in this plan, but she will be at it in full power.

Elsewhere, The Young And The Restless spoilers say that Nate will grow closer to Imani in that week, and this will end with Elena taking a stand. She will communicate that she is done with all of the flirting and the closeness these two people are sharing. So, she will call Nate out on this.

Rounding off the spoilers are Chance and Kevin, who will find a new lead in the Ashland case. Not only that, Chelsea will end up in the dangerous territory. She will most probably get too close to Billy while they are working on the podcast, and that will land her in trouble. Would Chelsea and Billy be the new couple in town? We will have to wait to know. The Young And The Restless airs on CBS all weekdays. Don’t miss the action.