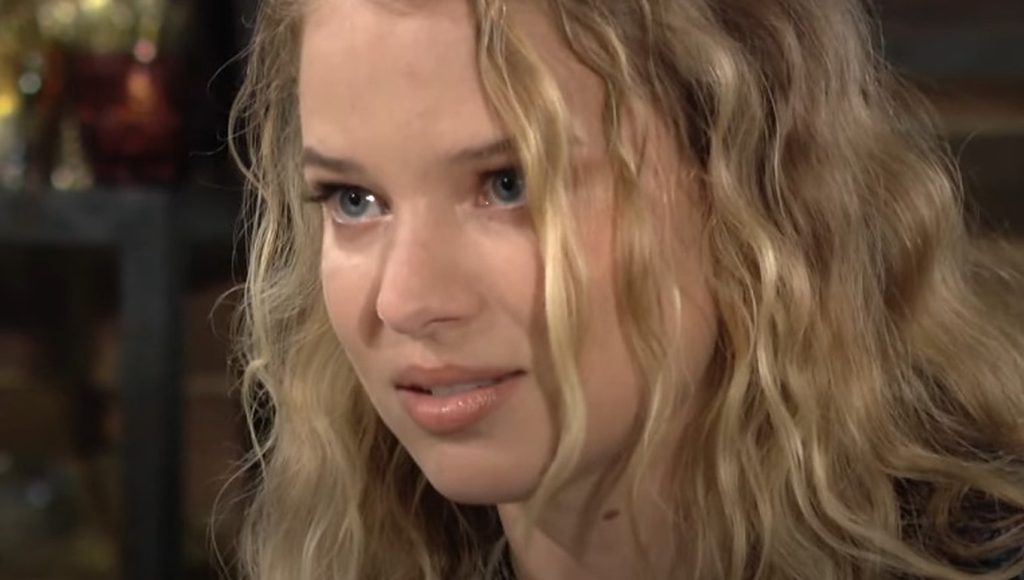 The Young And The Restless Preview Video For The Week October 17-21, 2022: Victoria Strikes Deal With Nate, Summer Confronts Nick

The Young And The Restless preview video for the week of October 17-21, 2022, tease that Victoria will strike a new deal with Nate, which will certainly shake things up. Over with Summer, she will confront Sally with some tough questions. Elsewhere, Tessa and Mariah will get some good news. What can that be? Keep reading to know what is brewing in Genoa City in the coming week.

The preview video for the week of October 17, 20222, starts with Summer barging into Sally’s cabin in Newman Media. The Young And The Restless spoilers tease that Summer will want to know why Sally is spending time with her dad outside the office. Once Sally lands in a tight spot, she will have two options with her. Either to confess what she and Nick are meeting or will just ask what business Summer has with that.

But then, Sally might also just ask her to go and ask Nick. Whatever the case, Summer will deliver a warning to Sally before she leaves. As for Summer, she knows how Sally was with Adam. she also knows that Adam is trying to win her back and is frustrated with his life at the moment. Amid all this, Summer won’t want her dad to get stuck in between these two former lovers. It will just bring heartbreak to Nick and nothing else.

Elsewhere, Tessa and Mariah have been facing a lot of troubles with their plan to adopt a kid. However, the preview video shows that there will soon be an end to all this. Looks like Christine Williams will help Mariah and Tessa in their help. So, it won’t be far that Mariah and Tessa get good news.

The Young And The Restless Spoilers: Victoria’s New Job Offer For Nate

Further on The Young And The Restless, Nate will update Victoria about him blowing up their takeover plot at Chancellor-Winters. Nate will continue to regret his actions since he ruined his career but still didn’t get Elena. In the preview video, Victoria is seen saying, “Chancellor-Winter’s loss is Newman’s gain”. This clearly means that Victoria surely has a backup plan. Other spoilers say that Victoria will have a new job role for Nate. However, Nate will have to be very careful since Newmans are very selfish when it comes to business.

When they did not spare their one family member, Adam, Nate will have to watch his steps. What are your thoughts? Is Nate inviting huge trouble for himself? Comment down your opinion after watching the preview video. The Young And The Restless airs every weekday on CBS. For more updates and spoilers, visit our website, TV Season & Spoilers.