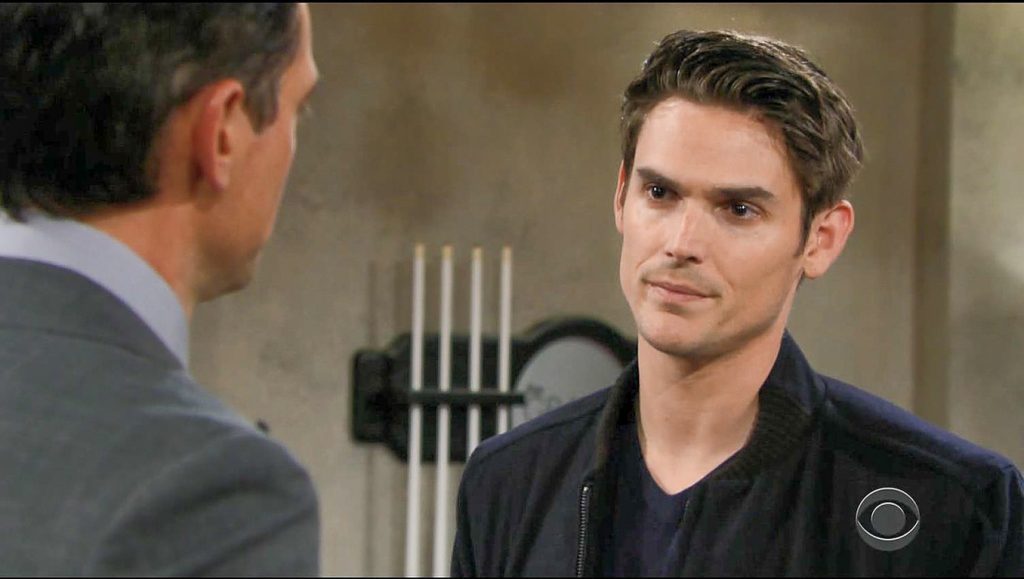 The Young And The Restless Preview Video For The Week October 31- November 4, 2022: Billy-Adam Team Up, Victoria & Nate Are Exposed

The Young And The Restless preview video for the week of October 31 – November 4, 2022, tease that Billy and Adam will team up to save Chelsea. They both care about her and happen to have a past there. So, they will try to help her. In the meantime, Lily will be frustrated after Billy leaves her to save Chelsea and that is going to lead to interesting drama. At Society, Devon will walk in as Victoria and Nate toast to celebrate Nate’s new job. Devon will be taken aback to see Nate with Victoria. Finally, Abby and Chance will have some friction when Abby finds him in a café. What made Abby lose her temper? Keep reading to know what happens in Y&R this week.

The preview video for the upcoming week of October 31, 2022, starts with Lily and Billy dancing at Noah’s club. However, Billy will be concerned about Chelsea, who just went out of the bar. The Young And The Restless spoilers tease that Billy’s concern will piss Lily off to the core. He will taunt Billy that her focus was on their dance and not on Chelsea. Even though Lily is frustrated, Billy won’t have any choice but to go after Chelsea.

Looks like Adam will also be concerned about her, so he will also look for her. Further, The Young And The Restless spoilers suggest that Adam and Billy will team to save Chelsea. In the meantime, Chelsea will be in the rooftop wanting to end her life. Will Adam and Billy reach at the right time and save Chelsea’s life? Only time will tell.

At the Society, Devon will walk in when Victoria and Nate will be celebrating Nate’s new job. The Young And The Restless spoilers tease that Devon will be taken aback when he listens to Victoria congratulating the man for his new job. Fans know that Victoria already offered the CEO position to Nate. Now that he has accepted the job, it will surely piss off Devon. He will also know Victoria was the one to whom Nate was giving the information.

The Young And The Restless Spoilers: Abby-Chance’s Argument

During the week of October 31 – November 4, 2022, The Young And The Restless spoilers confirm that Abby will find Chance at a café. This will make her furious. Seeing Chance coming to a café instead of going back home, will not sit right by Abby. All this while, Abby has been complaining that Chance prioritizes his work over family. So, when she sees that Chance is spending his leisure time also away from his family, it will upset her to a great extent. The Young And The Restless claim Chance will make some excuse and will tell Abby that he just wanted to destress.

However, Abby will feel that Chance is again avoiding his family responsibilities. This couple will face more problems in the future. What are your thoughts on it? Comment down your thoughts below and watch the preview video. Stay tuned and watch The Young And The Restless, it airs every weekday on CBS. For more updates and spoilers, visit our website, TV Season & Spoilers.