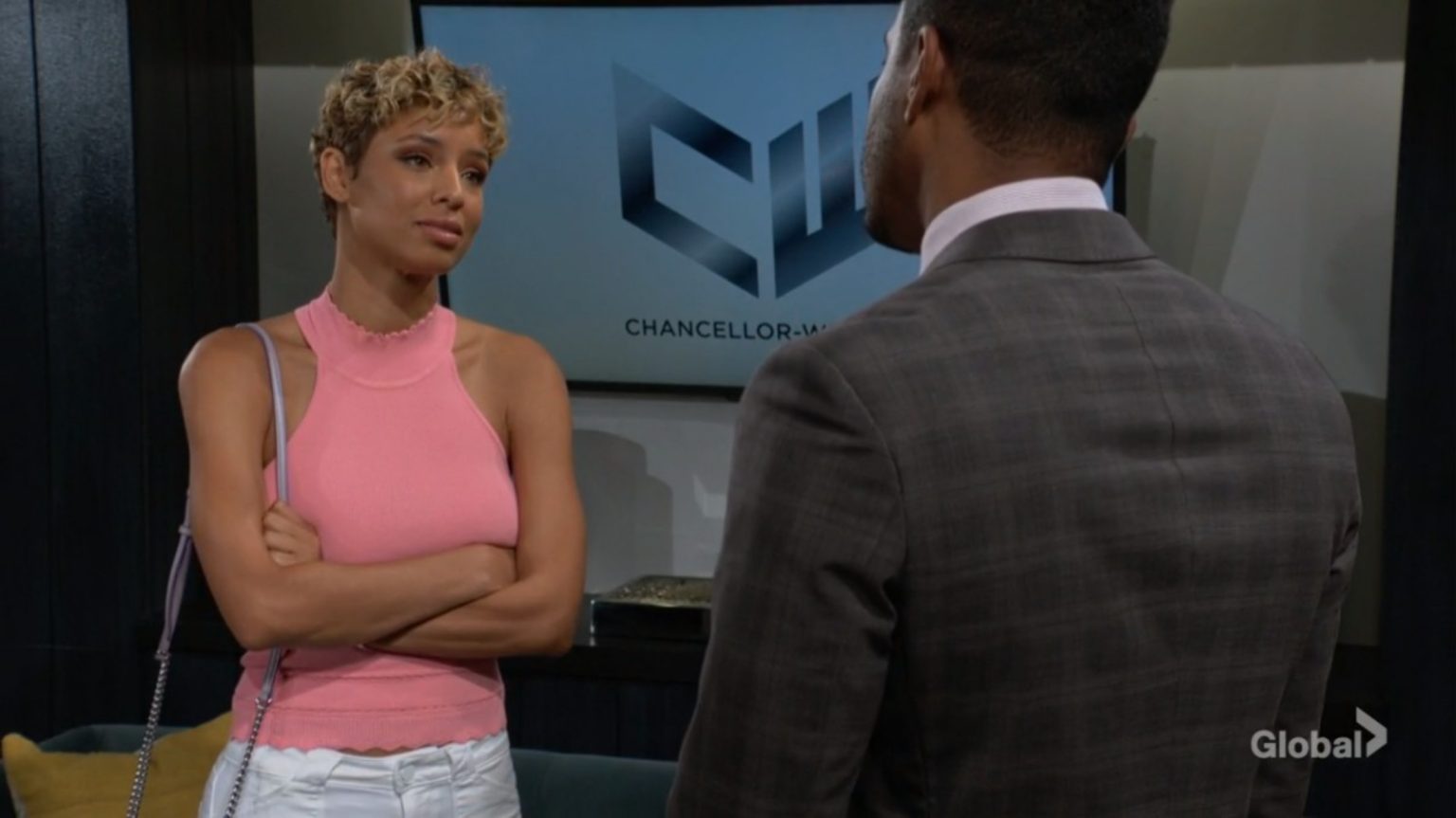 The Young And The Restless Spoilers For October 12, 2022: Billy Blasts At Chelsea, Victoria Warns Elena

The Young And The Restless spoilers for October 12, 2022, tease that Billy will blast at Chelsea for camping in the park and scaring Johnny. This will push Chelsea even further in the spiral. Elsewhere, Victoria will warn Elena about Nate, which will leave her furious. What would Victoria tell her? Keep reading to know what is brewing in Genoa City in today’s episode.

Billy Lashes Out At Chelsea

On Wednesday, Billy will lash out at Chelsea, when he finds her camping in the park. Looks like Johnny will complain to Billy about Chelsea making efforts to talk to him. So, Billy will grow furious and will come to look for himself. Further, The Young And The Restless spoilers tease that Billy will confront Chelsea regarding her motives.

However, Chelsea will insist that she wanted to show Johnny her perspective. However, Billy might not be able to understand her and will continue to lash out. This will lead to Chelsea getting frustrated. Up until now, Chelsea had been trying to explain her p.o.v. to everyone, but clearly, no one is listening. Even though Billy initially supported her, now he has completely changed. Chelsea will know that she has to take things into her own hands since no one will let her meet her own son.

The Young And The Restless Spoilers: Victoria Warns Elena

Further on The Young And The Restless, Nate will plead with Elena and ask her to give him another chance. However, she will be clear about her emotions. All this while, Elena has only seen Nate as a gentle doctor, but ever since he stepped into the business world, he has changed big time. The way he thinks and communicates has also changed. So, Elena won’t budge to Nate’s request.

Later, Elena will cross paths with Victoria. While Elena herself facing trouble with Nate, Victoria will add to it by delivering a warning. Victoria will warn Elena about Nate’s plan of action with wanting to get back with her. Even though Elena has slight doubts about it, she will get furious at Victoria. Nate is going on extreme levels to take revenge on his family.

However, Elena will realize that Victoria is only concerned about herself and doesn’t care about Nate’s future at all. Once Nate gets caught in all this chaos, Victoria will just try to escape from it, leaving Nate behind. Elena’s belief about Victoria’s selfishness will further get strengthened.

At the Chancellor-Winters, Lily will force Devon to take the risk in the boardroom. Once Lily, Devon, Nate, and Billy gather to file the IPO papers, Elena will barge into the meeting room. As for now, it is unknown whether she will blurt out the truth about Nate or not. But that move is going to put Nate on high alert. The Young And The Restless spoilers claim that Nate will approach Elena yet again to ask for another chance. What is she going to do? We will know soon. The Young And The Restless airs every weekday on CBS. For more updates and spoilers, visit our website, TV Season & Spoilers.