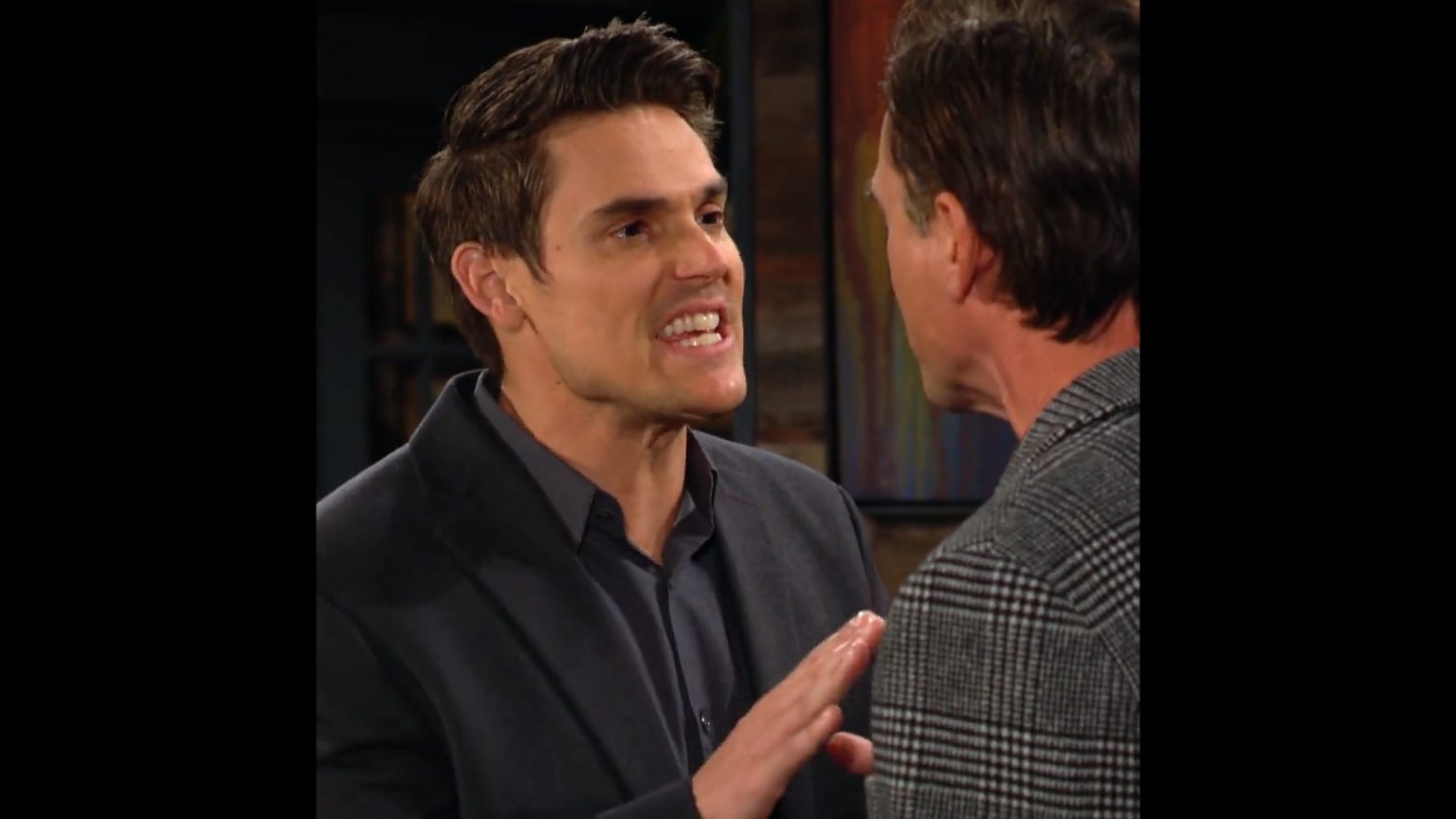 The Young and The Restless Preview Video For The Week Of January 16-20, 2023: Adam & Billy’s Never-Ending Conflict

The Young And The Restless preview video for the week of January 16-20, 2023, reveal that Adam and Billy will again have an argument. This time, the conflict will get much more serious. Both will accuse each other of creating problems in Chelsea’s life. The video also shows Chelsea and Bill’s growing bond. Keep reading to know what is going to happen this week in Y&R.

The preview video shows a scene of Chelsea helping Billy to sleep comfortably on her sofa. The Young And The Restless spoilers show how Chelsea is getting more attached to Billy now. After he and Lily broke up, things became a bit more serious from Chelsea’s side. Just like how he helped her when she was hitting rock bottom, Chelsea also decided to help Billy through his heartbreak.

Chelsea advised Billy that he will surely get the woman he deserves at the right time. However, deep down, Chelsea was wishing to be that woman in Billy’s life. Now that Chelsea is helping Billy, there is one person who is not liking it at all. That is Adam! Looks like he will cause more problems in to Billy down the road.

The Young And The Restless Spoilers: Adam-Billy Conflict

Further, Billy and Adam have a serious argument. The Young And The Restless preview video shows Adam and Billy lashing out at each other. While Adam says that Billy is not the right one for Chelsea, Billy tells the same to Adam. Both of them start with a small disagreement, but soon it extends to a full-blown lashing session.

As for Billy, he will think that Adam is just jealous of him since Chelsea is not leaning on him now. So, he will call out his jealousy and will ask him to watch out for his steps. What are your thoughts on this? After not being able to get Sally, does Adam now wants to get back with Chelsea? Comment down your opinion in the section down below. The Young And The Restless airs every weekday on CBS. For more updates and spoilers, visit our website, TV Season & Spoilers.