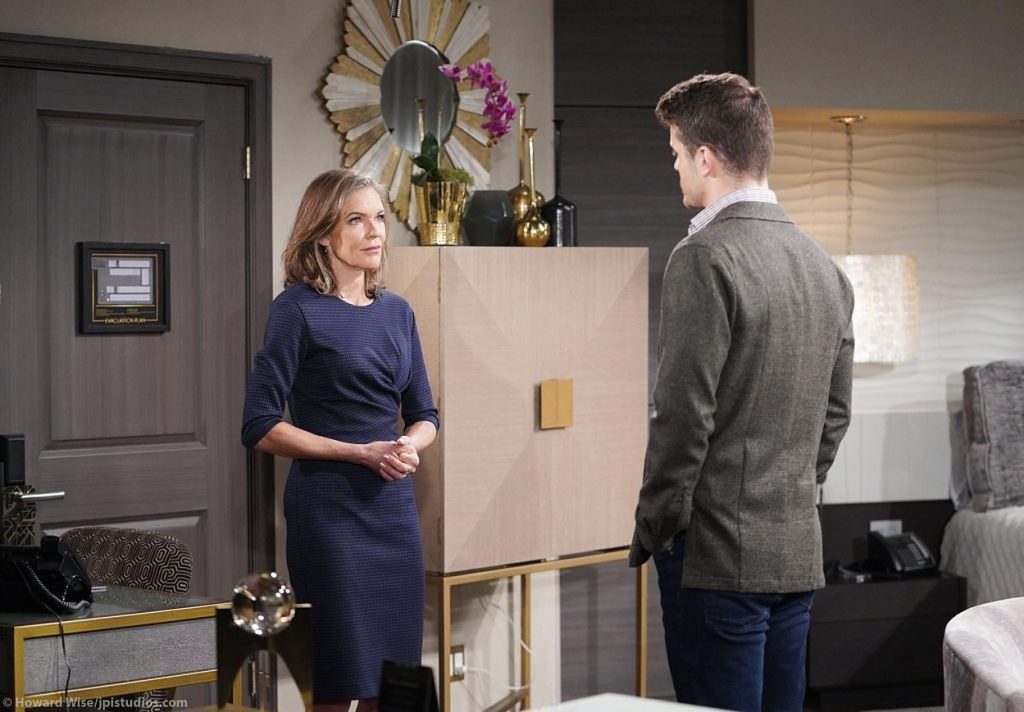 The Young And The Restless Preview Video For The Week Of November 14-18, 2022: Adam Grills Billy, Kyle Confronts Diane

The Young And The Restless preview video for the week of November 14-18, 2022, tease that Adam will grill Billy. Even though, he is grateful that Billy saved Chelsea, he will have some other issues to tackle after that. Further, The Young and the Restless spoilers say that Kyle will confront Diane with some questions. Finally, Mariah will also grill Abby and would like to know what happened to her. Will Abby come clean about her and Devon’s kiss? Keep reading to know what happens in Y&R next week.

First, the preview video for the week of November 14, 2022, starts with Mariah pushing Abby to spill out the truth. She somehow knows that Abby is hiding something from her. So, she will want to know what it is. The Young And The Restless spoilers suggest Mariah won’t leave Abby until she has spilled the whole truth. So, Abby will have no choice but to come clean to Mariah.

In the clips, Abby starts with Chance not coming home last night. However, that is just the start of the whole problem. Other The Young And The Restless spoilers say Abby will confess her cheating with Devon and how Amanda and Chance busted them. After hearing this, Mariah will be blank and will feel bad about Abby’s current position.

Elsewhere, Adam will thank Billy for saving Chelsea’s life. However, there will be some concerns with Adam that he would like to clear with Billy. Even though he has saved her, why is he still with Chelsea? So, Adam will wonder what Billy’s involvement in Chelsea’s treatment actually means. For this, Billy will admit that he can help out Chelsea in whatever way she needs. Stay tuned as Billy and Chelsea will get a bit more closer in the upcoming weeks.

The Young And The Restless Spoilers: Kyle Scared For Diane

Finally, Kyle will confront Diane with some questions. The Young And The Restless spoilers suggest Kyle will get some intel about Jeremy’s early release. So, he will want to know if Diane had a role in putting Jeremy behind bars. Looks like Kyle will be scared for his mother’s safety. He will worry that if Diane had something to do with that, then Jeremy’s striking back won’t be a surprise.

In order to take revenge on Diane, Jeremy might come to Genoa City. It will not just harm Diane alone but will put the entire family at risk. So, Kyle will want to know what Diane did. Chances are there that Diane might have done something. But then there are also chances that Jeremy might decide to tease Diane after her and Tucker’s connection creates more drama. What are your thoughts on this? Fans know that Jeremy is coming back, will it be for Diane or to be against her? Comment down your thought below, and do not forget to watch the preview clip. The Young And The Restless airs every weekday on CBS. For more updates and spoilers, visit our website, TV Season & Spoilers.