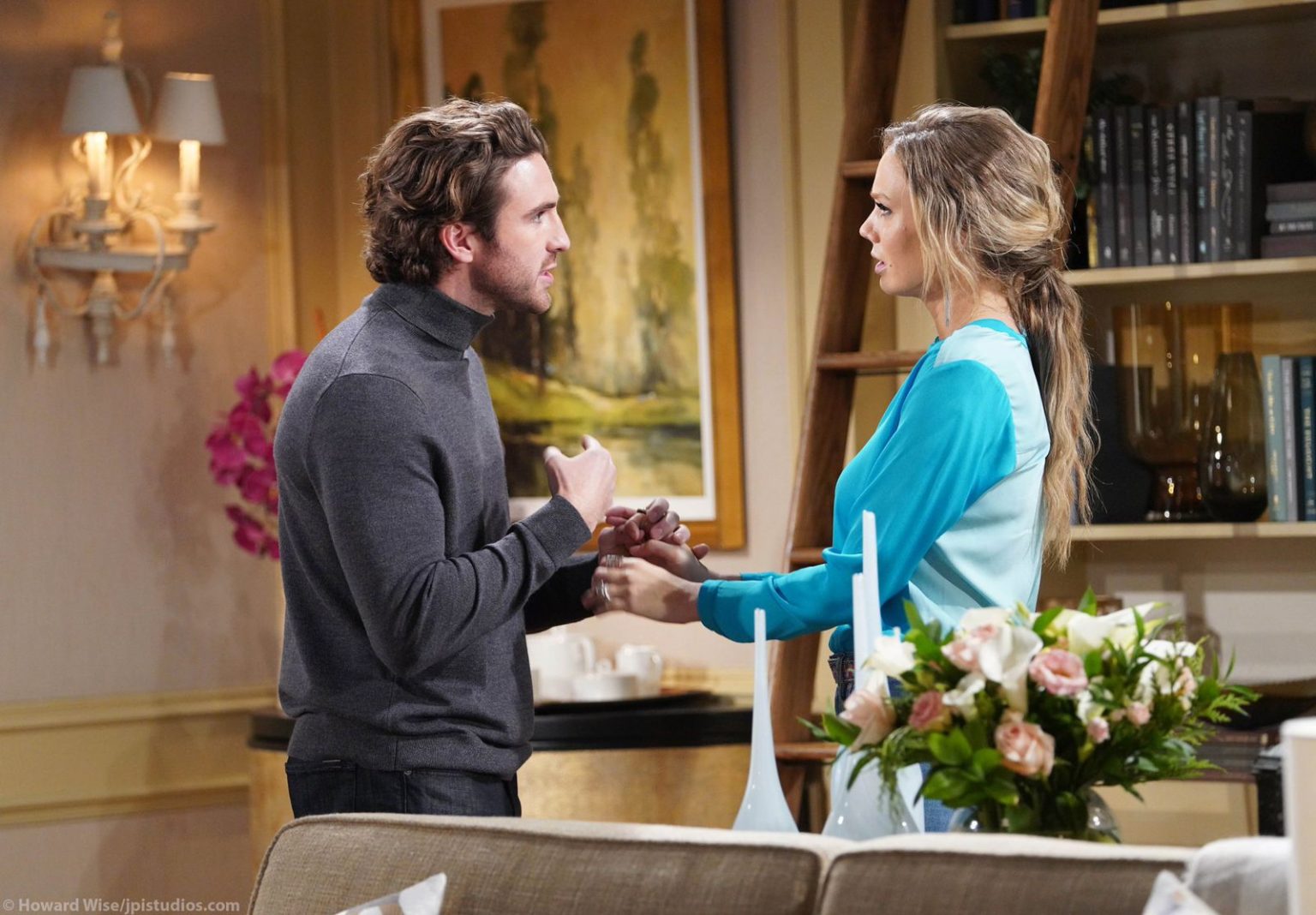 The Young And The Restless spoilers for the upcoming Two weeks of October 17-28, 2022, tease that Summer will warn Sally about her getting closer to her father in the week of October 17-21, 2022. Elsewhere, Adam and Chelsea will have a nice family with Connor. Across the town, Mariah and Tessa will get good news regarding their adoption decision. Over with Diane, she will have something to confess to Jack which will leave him shocked.

During the week of October 24-28, 2022, Chelsea will face another blow that will affect her mental state. Over with Abby, she will be stressed by Tucker’s return to town. Will Abby’s distraction cause some troubles in her marriage? Let’s see what is brewing in Genoa City in the coming weeks.

The Young And The Restless Spoilers For The Week October 17-21, 2022: Summer’s Warning To Sally

In the preview video itself, we saw Summer delivering a stern warning to Sally regarding her recent closeness with Nick. The Young And The Restless spoilers for the week of October 17, 2022, tease that Sally will dump Adam. Despite of his repeated pleas, Sally will feel that he is just trying to compete with Nick and it’s not really his feelings that want Sally back. So, Sally will dump Adam and head straight to meet Nick. Once she meets him, they will hug each other and decide to take things slowly.

However, there will be someone else lurking from far away. This will be Summer Newman. Sally is the last person Summer wants her dad to date. So, she will barge into Sally’s cabin to deliver a serious warning. Summer knows that Sally is struggling to get over Adam, and in any case, she won’t want Sally to use Nick just to get over her feelings. She will be scared that all of these mind games that Sally is playing would only lead to emotional chaos for her father. She wouldn’t want that.

At Chancellor-Winters, Devon and Lily will be handling the crisis which occurred after Nate confessed his destructive plans. However, looks like Jill will come right in time to save the day. She will delay the IPO launch, so everyone will wait to see what happens next. Speaking of Nate, Victoria will have a job offer for him in Newman Media.

Further in The Young And The Restless, Jack will continue to suspect that Diane has some sort of connection with Tucker. Once Jack approaches Diane, he will grill her with questions regarding her past. She will continue to lie that she and Tucker have nothing to do with each other since the time she staged her fake death. However, The Young And The Restless spoilers say that Diane will eventually come clean to Jack. It is unknown as to what she will confess, but she will surely confess something to Jack that will stun him.

Elsewhere, Talia Morgan will again start her investigation to find dirt on Diane. So, Nikki will be glad that people are supporting her. Later, Nikki will summon a new man from Diane’s past to pry information from him. His name will be Jeremy Stark, with whom she was connected during her stay in LA. Over with Phyllis, she will also spill a secret to Lauren.

Across the town, Summer and Kyle will plan a honeymoon in Costa Rica, away from all the drama here in Genoa City. Whatever the case, they will soon face troubles once they are back in town. Looks like it won’t be far when Diane is exposed in front of all.

The Young And The Restless Spoilers: Tessa-Mariah Get Good News

Elsewhere, Adam and Chelsea will sort things out between them for Connor. Fans can expect to see Adam and Chelsea enjoying some family moment with Connor. Even though Connor is upset with Chelsea, he will try to enjoy the family time.

The Young And The Restless Spoilers For The Week Of October 24-28, 2022: Abby Stressed With Tucker

During the week of October 24-28, 2022, Abby will face some issues with Chance. So, she will turn to someone else for support. Looks like Abby and Chance’s marriage is starting to take a turn for the worse. We will have to wait to see what happens with this couple, but it is likely that this is something that is going to become a big problem. Apart from Chance, Abby is also stressed by Tucker’s return to GC. Also, the fact that he is around Dominic and trying to win Ashley back.

Next, Billy will cause new troubles when he makes a major decision. It might involve Chelsea or something to do with work. Speaking of Chelsea, she will also get some shocking updates that will affect her mental state. Will Chelsea get the help she needs? We will know that. Finally, The Young And The Restless spoilers for the week of October 24-28, 2022, suggest that Victoria will hire Nate. But looks like someone else will be fired just to replace Nate in that position.

Fans might remember Nate wanted the CEO position when he made a deal with Victoria. Although he wanted to become Chancellor-Winters’ CEO, Victoria might have other plans. Right now, Sally is the CEO of Newman Media. Does this mean that Victoria will kick out Sally and hire Nate in her place? We will know that. The Young And The Restless airs every weekday on CBS. For more updates and spoilers, visit our website, TV Season & Spoilers.