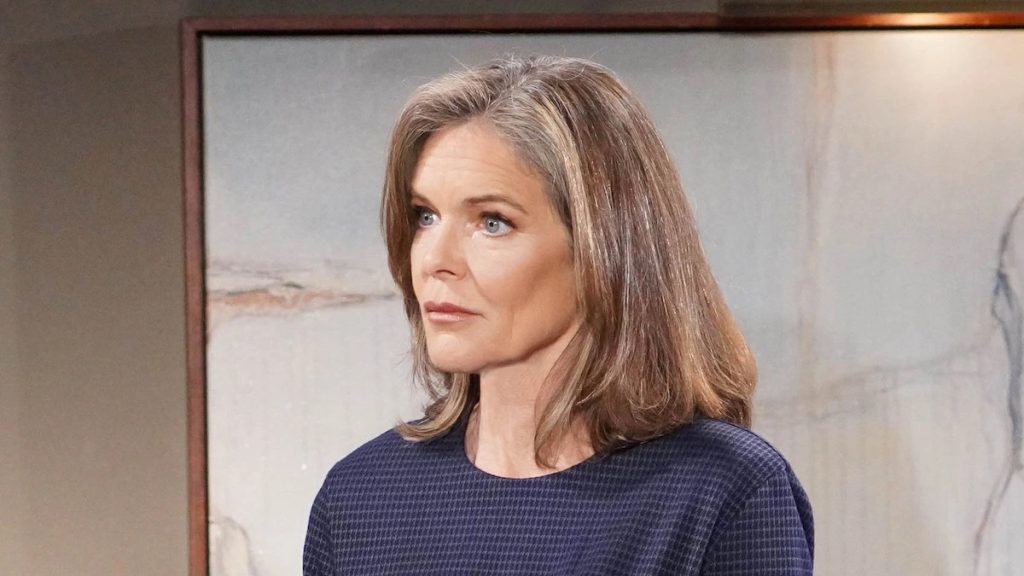 The Young And The Restless Preview Week Of August 29, 2022: Phyllis & Nikki Convince Talia, Diane Is SCARED

The Young and the Restless preview for the week of August 29, 2022, is here and reveals the story of Diane’s fall. The preview video suggests Phyllis has a brand-new story about Diane for Talia. Diane will see Talia in town and suspect Phyllis and Nikki are planning something while Diane fears for her future.

Then, Kyle is worried about his mother. Of course, he wants her to be around him, but he also wants his father to be happy. Moreover, spoilers suggest Jack Abbott will be making a decision soon. Will he stay by Diane’s side, or will Phyllis win this battle? Here is all about it.

The Young and the Restless preview video reveals Phyllis trying to get Talia to do a story on Diane. Previously, we saw Talia meet Nikki and Phyllis to discuss an interesting story for her entertainment news. Summer caught her mother and grandmother red-handed and asked them what it was. Phyllis insisted it was a story Nikki wanted to do about The Newmans and Ashland’s death.

However, Phyllis’ plan was clear. She wants to spread rumors about Diane and get her kicked out of town for good. She will try to convince Talia to do a story on her, but Talia insists she needs a new story. Talia will not be ready to bring out an old story and repeat the same. However, Nikki insists this is the best story ever. Then, Talia seems interested in the story. However, Talia will have her reservations about working with Phyllis.

The Young And The Restless Preview: Diane Will Confront Nikki

The Young and the Restless spoilers suggest Talia will run into Diane. She is seen sipping a drink while working when Diane recognizes her. The two will get into a conversation. However, Talia will not reveal she is in town for a story on Diane. Instead, she will insist she is here to work on Ashland Locke’s sudden and mysterious death.

Diane will see through these lies and confront Nikki. She wants to know what Phyllis and Nikki are planning behind her back. Nikki will not reveal anything and pretend to be happy she is back. Furthermore, in the preview video, Nikki predicts a meltdown after Talia’s report comes through. Moreover, Nikki is sure Diane never changed. A little nudge and Diane will return to her old conniving self.

Jack Will Make A Decision

The Young and the Restless preview also shows a rattled Diane. She is worried that Talia’s new story for the magazine could bring her down. Moreover, Kyle has tried his best to trust his mother. However, after her recent meetings with Jack, Kyle is worried she wants to create drama like before. He is nervous about her attempts at getting Jack.

Spoilers suggest Traci Abbott will confront Jack about his feelings for Diane. It is speculated that Jack will be making a shocking decision in the upcoming episodes of The Young and the Restless. Will Phyllis and Nikki’s plan to work with Talia succeed? Or will Jack confess his love for Diane and shun all rumors? Regardless, fans are eager to know what happens next on the show. The Young and the Restless airs weekdays on CBS. Catch the latest spoilers and news from the show on TV Season & Spoilers. Also, watch the preview video here-