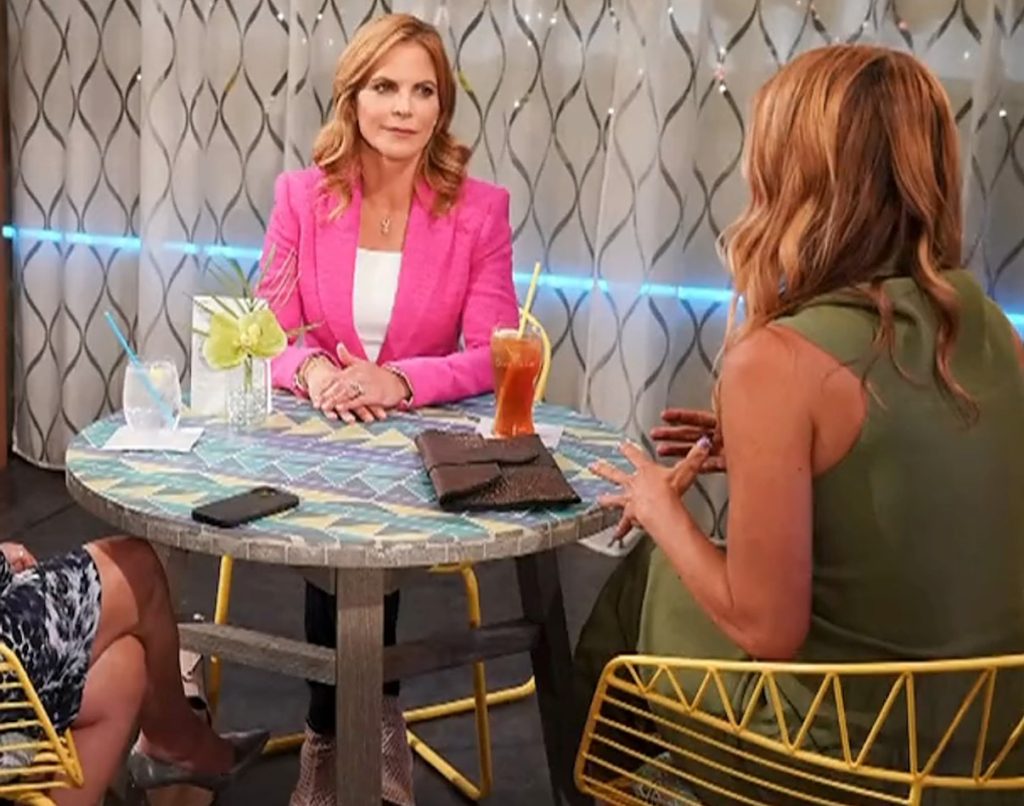 The Young And The Restless Recap For August 17, 2022: Nikki Has A Plan, Summer Is Worried

The Young and the Restless recap for August 17, 2022, relays the story of Phyllis’ plan to drive Diane out of Genoa City. Nikki informed Phyllis that she had thought of an idea. She had invited Talia, an investigative reporter from LA, to do a story on Diane. Previously, she wanted Talia to write about her family dealing with Ashland’s demise. However, now she thought Talia could be of better use.

Later on, Nikki, Phyllis, and Diane met at the athletic rooftop. Summer and Kyle were at a nearby table, missing their old days in Milan. Summer was surprised to see her mother and grandmother together. She asked them about the strange woman they had met. Nikki and Phyllis dodged the question and reassured Summer. However, she knows her mother was not the most honest person in the world and started getting suspicious. What does that mean?

In this episode of The Young and the Restless, Nikki wondered if Phyllis was able to kickstart her plan against Diane yet. Phyllis told her that her plan would take some time. Moreover, she felt she was the only one doing all the legwork in this mission. However, Nikki told her that she was planning something too. Nikki was planning to meet a reporter from Los Angeles regarding a story against Diane.

Phyllis was surprised to hear this. She wanted to become a part of this plan as well. They decided to head to the athletic rooftop to meet Talia Morgan. Near them, Kyle and Summer sat at a table and discussed their memories from Milan. Being on this rooftop reminded them of the time they spent together. However, Summer was distracted after discovering Phyllis and Nikki together.

The Young And The Restless: Summer Corners Nikki And Phyllis

Meanwhile, Talia arrived at the rooftop and joined Nikki and Phyllis. Nikki told everyone about how she got in touch with Talia to do a story on Ashland’s death. She wanted to share her family’s story and how they were dealing with his demise. However, Nikki had new plans for Talia now. She insisted that Ashland was old news now; she had a new idea in mind for the reporter.

Nikki wanted Talia to write about Diane’s resurrection in Genoa City. Talia was interested in the idea and believed it suited her magazine’s audience. Furthermore, she made plans to talk to Jack Abbott about the story. She wanted to know about the time Diane spent in Los Angeles. Phyllis interrupted Talia and suggested a change in strategy. Moreover, Phyllis and Nikki knew all about what happened in Genoa City and would be able to help her with that.

After Talia left, Summer asked Phyllis about her meeting with the strange woman in this episode of The Young and the Restless. Nikki had another errand to run, so she excused herself. Before leaving, she told Summer that Talia was here to discuss a story about Ashland’s death. Phyllis supported Nikki’s lie, but Summer could read through them. Something was fishy about their meeting. The Young and the Restless airs weekdays on CBS. Catch the latest news and spoilers from the show on TV Season & Spoilers.