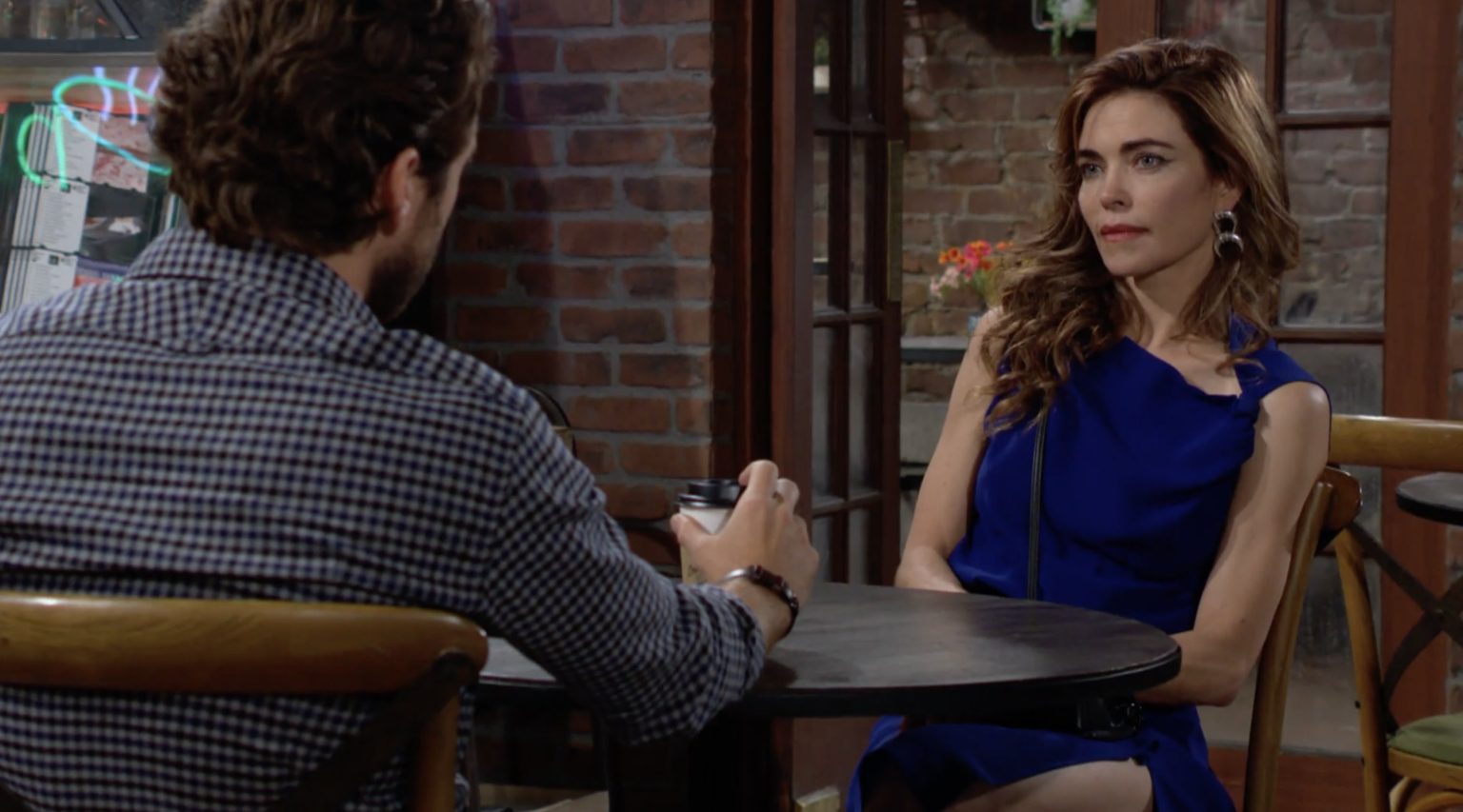 The Young and the Restless recap for Thursday, August 18, 2022, revealed the story of Chelsea and Victoria. Chelsea wanted Johnny to know she was his biological mother. Victoria thought this was not the right time as the kids were dealing with Ashland’s death. However, Chelsea insisted that secrets can be dangerous, which Victoria agreed with.

Meanwhile, Abby warned Chance not to be consumed by the investigation. Later on, Victoria met Chance and told him her family was relieved after Ashland’s death. Devon accused Nate of getting his idea greenlit because of Lily. Nate accused Devon of being controlling and short-sighted. How did things end for them? Here is all about it.

In this episode of The Young and the Restless, we saw Victoria set a meeting with Chance. Meanwhile, Chelsea visited her at the office. Chelsea was here to talk about a playdate between Johnny and Connor. Victoria suspected Chelsea wanted to talk about more than just their playdate.

Chelsea admitted she wanted the boys to know they were brothers. Furthermore, Chelsea wanted Johnny to know that she was his biological mother. Victoria pointed out their previous terms of the agreement. Of course, she did not intend to hide the truth from Johnny forever. However, she did not want him to know at the moment as the kids were dealing with Ashland’s death.

Chelsea was worried that if they hid the secret for too long, it could become a hurtful secret. Victoria agreed that some harmless secrets could be dangerous as well. Hence, Victoria decided to consider Chelsea’s request. She told her she needed some time to make her decision.

The Young And The Restless Recap: Abby Talks To Chance

Meanwhile, at Society, Abby spoke with Chance about Ashland’s investigation. She expressed her concern for Victor and his family; however, she was worried Chance was getting caught up in a weird situation. Moreover, Chance forgot his duty to his family. He was absent for Dominic’s farewell as well.

Chance pointed out that Devon spends a lot of time with Dominic. He couldn’t be there for Dom at all special moments. Moreover, as long as the investigation was concerned, he would not betray his duty and put Victor’s family above the law. He was being chased around by many leads and was confused; Then Abby assured him.

At that moment, Victoria arrived to meet Chance. Abby thought they were on edge and decided to leave them to it. Victoria assured Chance she was not here to put additional pressure on him. She admired Chance but was grateful that her family was finally at peace after Ashland’s death.

In this episode of The Young and the restless, Devon accused Nate of using Lily to get his ideas approved faster. Nate explained that Lily was an enthusiast and wanted to know about the ideas. Furthermore, Nate accused Devon of being a tyrant and an egoist. It seems like Devon likes to be in control at all times.

On the contrary, Devon believed he had to be in control because Nate was inexperienced and oversensitive. Devon got overwhelmed, and Nate taunted him about getting violent again. After their argument, Devon took a step back and told Nate to think things through before talking to him again. The Young and the Restless airs weekdays on CBS. Stay tuned with TV Season & Spoilers to get the latest spoilers and news from the show.