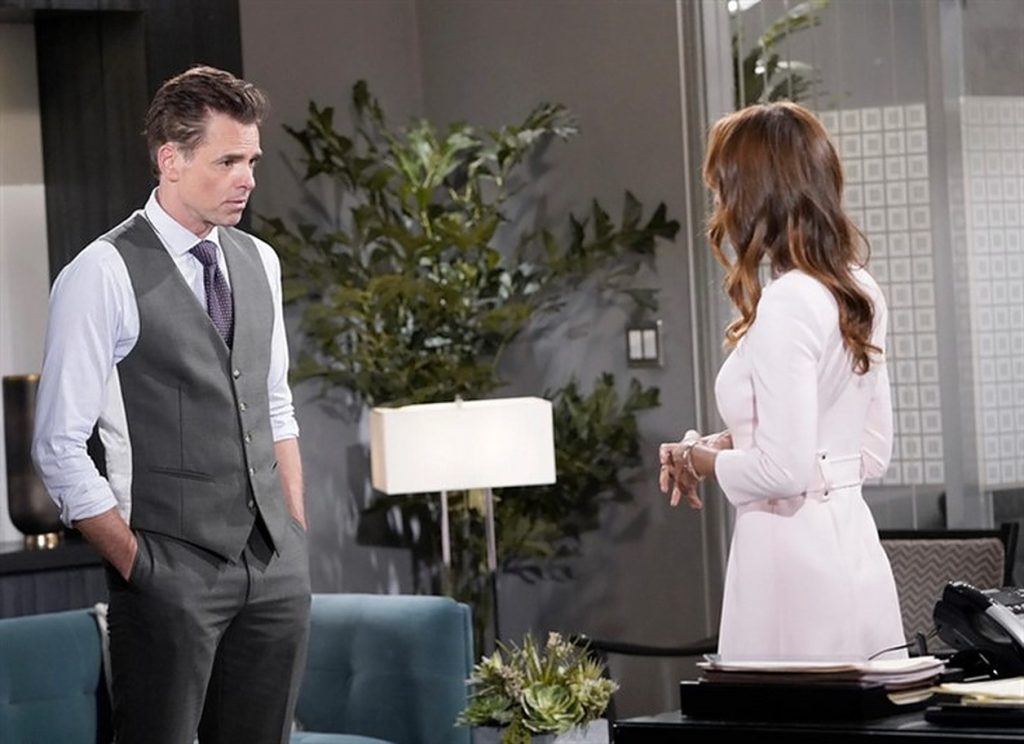 The Young And The Restless Recap For August 23, 2022: Billy Makes A Decision, Chloe Warns Chelsea

The Young and the Restless recap for August 23, 2022, saw Victoria’s resurgence after Ashland’s horrifying death. She has decided to revamp Newman Enterprises and start afresh. Nick, on the other hand, is still stuck in the past. He confronted Victor for covering up Ashland’s death. Victor assured him he would do anything to protect his family.

Meanwhile, Billy told Lily that he would quit working on the podcasts. Chelsea was upset when he told her and warned him. She thought Billy was making a mistake as he loved making podcasts. Billy smiled and walked away. Later on, Chloe warned Chelsea of getting close to Billy. How did Chelsea react to that? Here is everything.

In this episode of The Young and the Restless, Victoria remembers Billy’s assurances. She told Nikki she would not be upset about the past anymore. Moreover, she has decided to renew her life after the death of Ashland Locke. She planned a video call with different representatives to plan the future of Newman Enterprises.

Nick will continue to question Victor about covering up Ashland’s death. However, he knows his dad did what he had to protect him. Nick pointed out that this was a gamble. Victor assured him he would always protect his family. Speaking of Victor, Abby wanted to talk to him about her future with Chance. Victor thought he should thank Chance, but Abby told him it was not the right time.

The Young And The Restless Recap: Chloe & Chelsea Have A Chat

In another part of town, Chelsea will find Adam on Newman Media’s website. Adam confessed he wanted to know more about Ashland’s death as he was convinced there was more to it than meets the eye. Chloe arrived and talked to Chelsea about the podcast.

Chelsea confessed she felt light and happy with Billy. Chloe was happy to hear they were getting along. Chelsea wondered if something was amiss, but Chloe did not offer a clear answer. Moreover, Chelsea was Sally’s enemy, and she wondered if Chloe was quiet because of that.

Later on, The Young And The Restless, Billy told Lily he would stop working on the podcasts and continue being her COO. Lily was worried that Billy would resent her in the future. However, Billy insisted he was doing exactly what he wanted to.

Meanwhile, Billy arrived and confessed his decision to stop working for the podcasts. He wanted to focus on his current job. Furthermore, he suggested Chelsea should work on the podcasts. Chelsea said he was walking away from something he loved doing and was making a mistake.

Moreover, Chelsea promised to remind him of his mistake again. Billy smiled and told her he felt comforted by her taunts. Chloe watched them and warned Chelsea not to pursue Billy. Of course, Billy was committed to Lily Winters. The Young and the Restless airs weekdays on CBS. Stay tuned with TV Season & Spoilers to get the latest news and updates from the show.