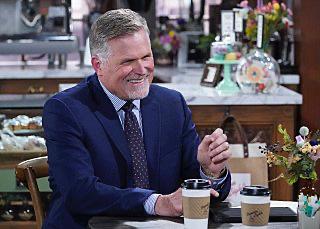 The Young And The Restless Recap For February 11, 2022: Ashland Comes Clean, Adam And Sally’s Discussion

The Young and The Restless recap reveals that Friday’s episode of the CBS soap was full of family fun and drama. This episode was about family discussions, and some characters were still settling in with their new work environment.

First, Victor updated Nikki on the Ashland drama while Ashland also made some confessions to Victoria. The February 11, 2022 episode also witnessed Adam and Sally discussing business and their relationship. What was all that about? Keep reading to find out.

Starting off the episode was Victor giving updates on Ashland’s past to Nikki Newman. Victor told Nikki that the funding from Ashland’s shell company to the clinic in Peru got doubled right before Ashland’s experimental treatment. Victor understood something was wrong, but Nikki asked him to stop thinking about Ashland and reminded him of the season of love.

He also assured Nikki that he had not forgotten about Valentine’s day and he had a surprise planned for her. But, Nikki seemed worried about Victor digging for information on Ashland’s past. To which, Victor tells her that he wants to get to the bottom of all this Peru clinic drama.

The Young And The Restless: Victoria And Ashland Celebrate V-Day

The episode also saw Victoria catching Ashland arranging flowers for her in the office. Then, Ashland asked for a gift for himself on the occasion of Valentine’s day. So, Victoria gifted him a ring with a Scottish lord’s crest with the Locke name. Y&R fans know that Ashland is not a true Locke, but Victoria thinks that the ring represents who he is now.

Obviously, Ashland loved the ring and hugged Victoria with immense love. He started to list why he doesn’t deserve Victoria’s love, but he also thanked her for coming into his life. Then the couple decided to take the rest of the day off and go out to celebrate.

The Young And The Restless spoilers suggest that after Victoria and Ashland decided to take the day off, they met Victor and Nikki for lunch. At lunch, Ashland showed his ring to Victor and Nikki; then, Victor made a toast to talk about Ashland’s recovery. While making the toast, Victor also mentioned how his daughter and his son-in-law seem to be in so much love.

Then, the ‘seem’ part caught Victoria’s attention, and she assured her father that she was very much in love. Victor added that he’s happy to see her daughter so happy, which means the world to him.

The Young And The Restless: Ashland Comes Clean

Furthermore, when Ashland and Victoria returned to the office from lunch, Ashland made a confession. He mentioned how Victor kept bringing up the topic of his treatment during lunch. He told Victoria the story about a sick colleague and came clean about funding the clinic when it was in trouble. Ashland explained to Victoria that he used a shell corporation and didn’t tell anyone, including Victoria, to protect her and the company from any tax fraud.

After listening to all this, Victoria burst out. She was angry about Ashland still keeping secrets from her. Ashland begged for her forgiveness and told her that she means everything to him. Regardless, Victoria forgave him as she felt that Ashland was doing better than before. So, she took his hand and smiled as things calmed down.

Later in the episode, Adam was surprised when he found flowers and chocolates at his desk. Sally told him that some advertiser had sent those. Sally started discussing the chocolate, but she realized that this meeting is about work.

Adam mentioned that the press release is going out about Sally’s new role as COO at the fashion platform. Sally told Adam that the job was not a gift and that they needed to talk. But, Adam clarified to her that he was talking about the press release and Sally admitted that she was kidding.

Adam also appreciated Sally’s work for Newman Media. Sally commended Adam for everything he has done so far, and then they discussed business. After a while, Adam opened the Champagne bottle. And he cleared that this was work-related and not something for Valentine’s day. They both thanked each other for the support they had offered to each other. Sally proposed a toast saying, “two wrongs making something very right”.

Rounding off Friday’s episode was Devon Hamilton apologizing to Amanda for forgetting the special day. But, Amanda told Devon not to worry. She knows that Devon is going through a lot with Dominic’s health getting worse. So, she cut him that slack. Later on, Devon met Billy and Lily as they were celebrating Valentine’s day.

As Billy and Lily celebrated, Devon also brought some flowers, balloons, and gifts for Amanda to express his love. Amanda cooked his favorite dinner, They spent some time together and enjoyed each other’s company.

While this episode was full of drama, The Young And The Restless spoilers suggest that the next episodes will bring more action. Y&R characters are in for many confrontations in the upcoming weeks. What is that? Only time will tell. Until then, Stay tuned. TV Season & Spoilers will bring you all the updates. The Young & The Restless airs on CBS all weekdays.