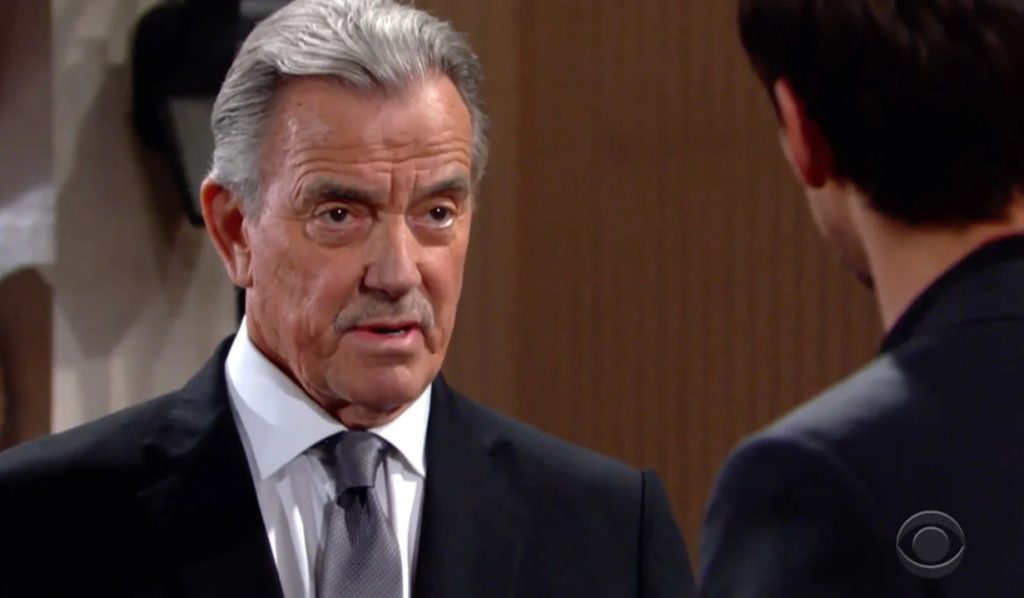 The Young And The Restless Recap For September 6, 2022: Adam & Victor Fight,

The Young and the Restless recap for Tuesday, September 6, 2022, revealed the story of Billy and Chelsea. They ran into each other at the park and talked. Billy wanted Chelsea to continue working on the podcast, but Chelsea wanted to start fresh. With that, Chelsea wanted Billy to talk to Victoria about telling Johnny the truth.

Meanwhile, Adam broke the news of his new job to Victor. Of course, Victor was furious and reluctant to accept Adam’s new job. Later, Adam met Chelsea at the park as well. Imani met Nate and asked him to make an impression when Devon was out of town. Nick, Sharon, Tessa, and Mariah bid Faith goodbye.

In The Young and the Restless episode of September 6, 2022, Chelsea met Billy at Chancellor Park. They looked awkward after their previous encounter. Earlier, Chelsea had tried to kiss Billy, and he pulled away, suggesting he was not interested in her. Furthermore, Billy also decided to quit working on the podcast with her. However, Chelsea had other things in mind.

She asked Billy if he had spoken to Victoria about Johnny. Previously, Chelsea wanted to ask Victoria if she could tell Johnny that she was his biological mother. Billy had not asked Victoria about this yet. He assured Chelsea that he will soon do it and suggested Chelsea continue working on the podcast. But Chelsea was not interested. She wanted to change her life and start from scratch. However, she was clueless and did not know what to do.

Later, Billy informed Lily about his conversation with Chelsea. She was not very happy to hear it and was worried they were close. Billy assured her he did not kiss Chelsea. More Chelsea-related spoilers say that she met Adam at the park. She asked him if she could take Connor to spend time with her mom. Adam was puzzled at the request.

The Young And The Restless: Chelsea Makes A Request

Speaking of Adam, he met his father at the ranch. Victor wanted to be civil, but Adam cut to the chase. He informed Victor about his new job as the co-CEO at Jabot. Victor thought Adam was seeking revenge, but Adam denied this claim. The father and son argued, and Victor lost his cool. He was not happy to hear about Adam’s decision. Adam was steadfast and said nothing could be done now.

Meanwhile, Lily spoke to Elena about her new position and podcast. Lily wanted to know how Nate felt about his job and relationship with Devon. Elena was frank and told him Nate felt disrespected. Lily did not agree, and Elena offered to talk to her as a friend. Then, Imani arrived at Amanda’s place and spent time with Nate. They ate at the society, where Imani told Nate to leave an impression at work after Devon left town.

Tessa & Mariah Have A Plan

Further, in this episode of The Young and the Restless, Tessa, and Mariah were sad about the adoption news. They were criminals in the past, but that did not make them a great fit to become parents. Tessa had a suggestion; they should choose someone who could advocate for them. They decided Christine was an ideal choice.

Meanwhile, Nick met Sharon at Crimson Lights. They talked about Faith’s farewell to college. Nick confessed that Adam had suggested he see a therapist. Sharon knew Nick was like her ex-husband and would hesitate to be honest with a stranger. However, she encouraged Nick to care for himself and do what felt right. Faith arrived, and her family wished her a tearful goodbye. The Young and the Restless airs weekdays on CBS. Stay tuned with TV Season & Spoilers for the latest news and spoilers.