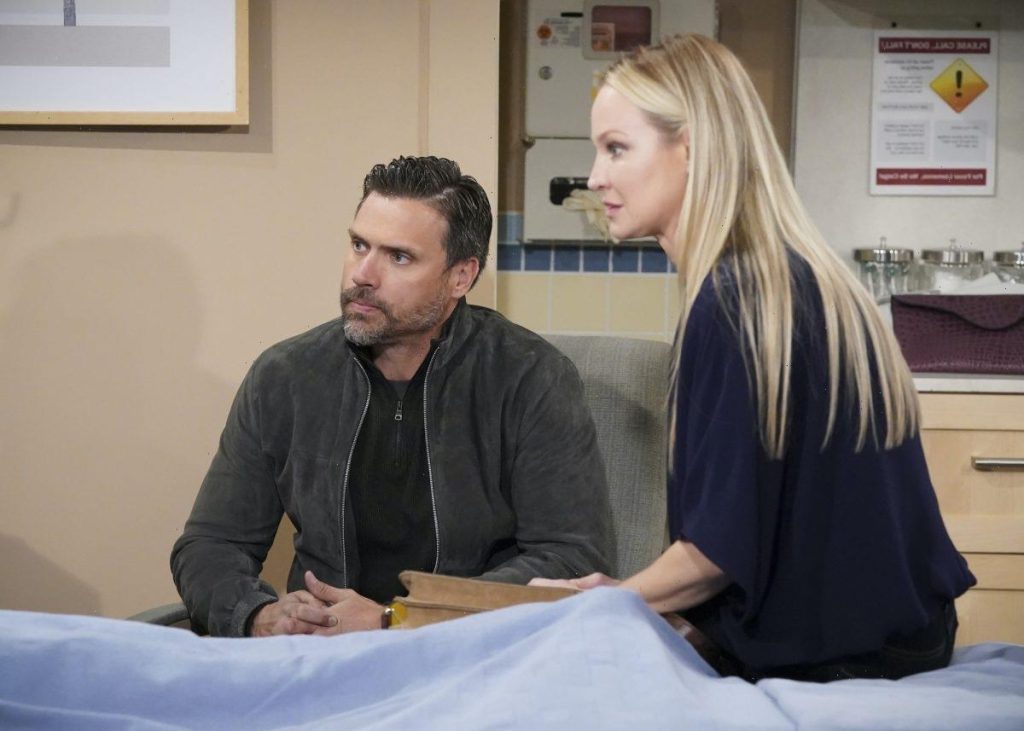 The Young And The Restless: Rey Loses Sharon To Nick, Reunion On The Cards

The Young and the Restless spoilers suggest that Rey Rosales might start having issues with Nick and Sharon’s closeness in the upcoming days. Both these exes have been on rather friendly terms and are spending more time together. So, this might become an issue for GCPD detectives.

He already has issues with Newman men. Therefore, unfortunately, he might end up causing issues in his own marriage. What would happen? Here is everything to know.

Nick And Sharon Are Coming Closer

The Young and the Restless spoilers suggest that some close moments are coming up for Nick and Sharon in the upcoming days. As Holiday cheer spreads in Genoa City, these co-parents will spend more time together. A preview video of The Young and the Restless saw Nick as he joked around with Faith, Noah, and Sharon. While there was nothing romantic there, it was visible that Sharon was having a good time. Spoilers say that seeing all of this, Rey might start feeling jealous.

The Young And The Restless: Rey Is Insecure And Suspicious, Sabotages His Own Marriage?

The Young and the Restless fans know that Rey is already a little insecure about the Newman men. While it has been some time since Nick and Sharon were together, it is likely that seeing Sharon so happy with another Newman man will fuel Rey’s insecurities. He might become afraid that Sharon will start getting feelings for Nick, and that might lead to troubles between Rey and Sharon.

Y&R viewers would recall, Sharon ran into Rey’s arms after ending a relationship with Adam. However, Rey has always been suspicious of the bond he and Sharon share. So, Sharon’s closeness with Nick might fuel other emotions and insecurities up. Will Rey and Sharon break up because of Nick? We will have to wait to see.

Could Sharon And Nick End Up Together?

The Young and the Restless spoilers say that Sharon has been insisting that Rey is the one for her. However, her expressions and gestures show something else. She is a little awkward around Rey but feels completely at ease when it comes to Rey. So, it is likely that after Rey starts questioning her motives regarding Nick, Sharon might get reflective and realize that she still has feelings for Nick.

Nick is single and needs a partner anyway. So, fans won’t ignore the fact that Nick and Sharon might end up together. Would you like to see them coming together? Tell us in the comments below. In the meantime, we at Tvseasonspoilers.com will keep you updated with all the news. Stay tuned.