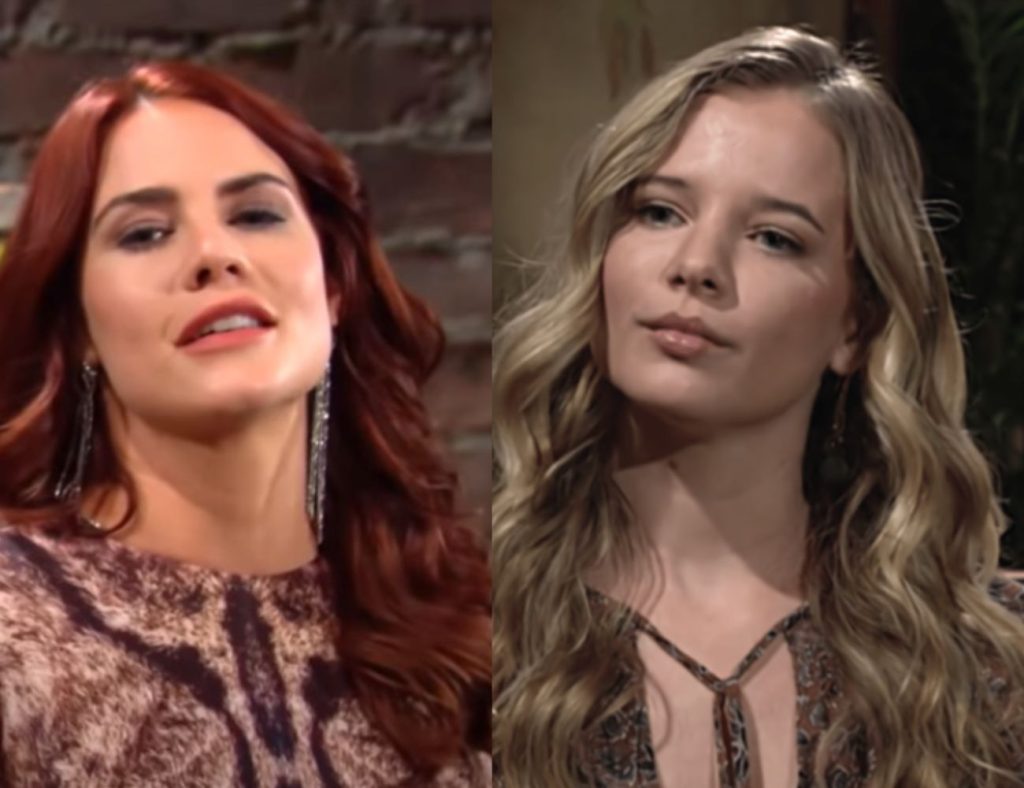 The Young And The Restless: Sally And Summer Reignite Their RIVALRY

There are plenty of rivalries going on when it comes to The Young and The Restless. While some always remain on the forefront, others take a back seat every now and then. One such rivalry is of Summer Newman and Sally Spectra in Geona City. A rivalry that had been lying dormant for a while now. However, latest spoilers suggest that Summer’s daddy dearest, Nick Newman is about to breathe a whole new lease of life to it by his recent offer to Sally Spectra! Intrigued? Keep reading to find out what’s about to happen on The Young and The Restless!

Nick Makes A Big Offer To Sally, Summer Hates it

We know Sally has been battling a hard time on The Young and The Restless off late. Her personal life was already a mess, thanks to her romantic feelings for both Newman brothers, Nick and Adam. Things got even worse for her when another Newman sibling jumped into the picture! Victoria Newman fired Sally from Newman Media, despite the fact that Sally was literally killing it as their CEO. Unfortunately, Nick could not prevent it from happening, but he offered Sally to help find a new job.

Sally has never been one to look for a knight in shining armor to rescue her. Thus, she declined. However, Nick has now come up with a new plan and offered Sally a loan to start a new venture of her own. While Sally still may not want to accept help, The Young and The Restless spoilers suggest that Nick will be able to convince her. Moreover, it would be the perfect solution to her problem. She, along with Chloe, who also was fired by Victoria, can use the loan to start their own fashion line. Alas, Summer is not going to be happy with this news, though. She already is against Nick dating Sally, this news will just make matters worse!

The latest turn of events is sure to leave Summer fuming. While it is one thing for Nick to date the woman his daughter despises, it’s entirely another to set the stage for a said woman to compete against his daughter! This is certainly the theory Summer is going to be mulling over on The Young and The Restless! If Sally agrees to accept Nick’s loan, she will surely use it to create her own fashion label. And, considering the fact that this Spunk Queen is no dim light, she is sure to succeed.

This will place her competing directly opposite Summer’s fashion line, Marchetti, on The Young and The Restless. Of course, Summer would be perverse by the idea of Sally competing with her, let alone the fact that Sally would be backed by Summer’s dad’s investment! That’s just too personal of a blow to ignore! Summer and Sally will surely get into each other’s crosshairs, and the fire is sure to rain down. It will be interesting to watch how Nick will tackle his girlfriend and his daughter by chopping each other’s heads off! Stay tuned to CBS over weekdays to find out what happens next on The Young and The Restless.