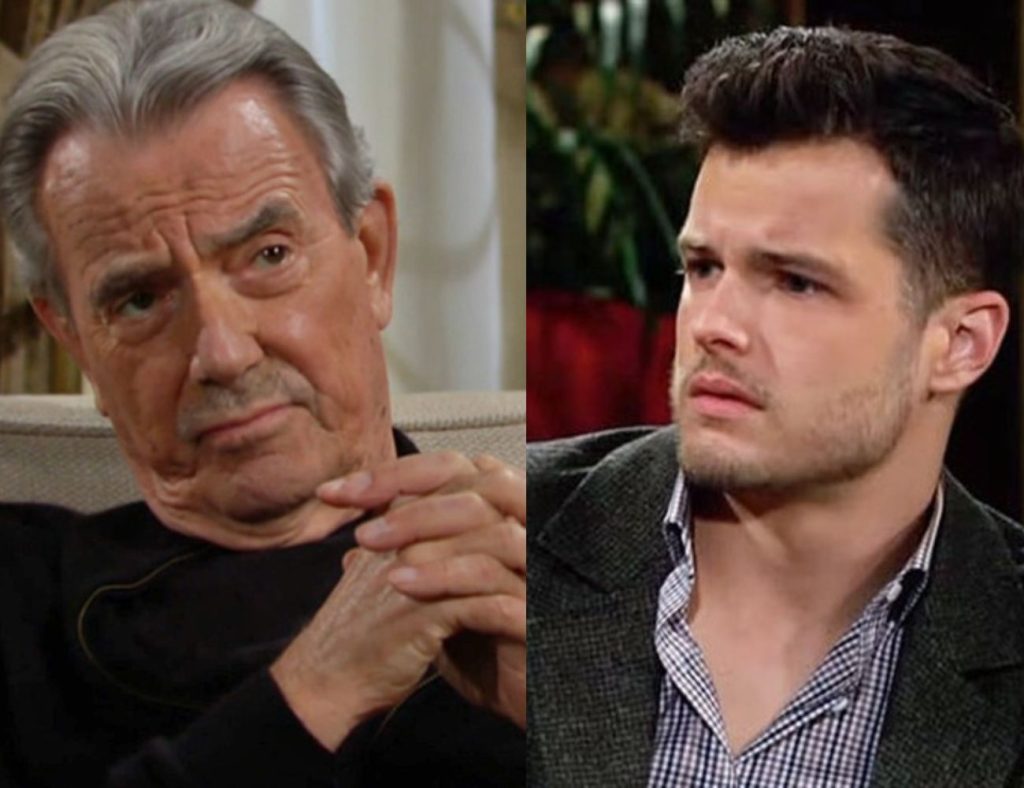 The Young And The Restless: SHOCKING PARTNERSHIP Kyle And Victor TEAM UP!

Adam is quite troubled off late on The Young and The Restless and so is Kyle. However, their troubles are not the only thing the young scions have in common, they also share a common hatred for each other. One that comes to the surface every time the two cross paths. The latest The Young and The Restless spoilers suggest that the young guns will come face to face yet again at Society’s bar and have a clash. And guess who will break apart their clash? The one and only Victor Newman! However, Victor hasn’t landed at Society just to break things up! In fact, he is there to create something! An alliance with the enemy’s son. Keep reading to find out what’s cooking in the big daddy’s head!

Adam is still sulking over being rejected by Sally Spectra on The Young and The Restless. Despite the fact that they both have electric feelings for each other, Sally chose to wire herself to Nick’s more stable batteries. Thus, Adam has been recharging his short-circuited heart by downing drinks at Society’s bar. At the same time, Kyle, too has been experiencing trouble at home. Thanks to the threats Jeremy poses to his family. Kyle is also facing marital woes with Summer over connected issues. Hence, he, too has found his way to Society to drown his trouble in glasses of alcohol.

The Young and The Restless spoilers suggest that Kyle will notice Adam at the bar and decide to take a dig at him for some underhanded pleasure. He succeeds in by bringing up Sally and Nick’s relationship. Adam loses his cool and lashes back at Kyle. However, before the matter has a chance to get too heated, it is iced out by Victor Newman, who coincidentally wanders into Society’s bar at the late hour. But if you have been watching The Young and The Restless for as long as we have, you know Victor doesn’t just aimlessly wander into spaces. If he is there, he has a solid reason to be there! And the spoilers say, the said reason is none other than Kyle Abbott.

One might wonder, what in the world could Victor want from his enemy’s son? The answer lies in the common goal they both have in their minds on The Young and The Restless. If Victor was pissed about Adam working at Jabot, for his arch-enemy Jack Abbott, Kyle wasn’t much thrilled either. Even since Jack offered Adam the position and Adam accepted, Kyle had been against it. He did not want Adam being a part of their family business. Perhaps, time doesn’t heal everything after all. As time has passed, Kyle has grown more and more resentful of Adam.

So, it’s safe to assume that Kyle and Victor both want Adam out of Jabott on The Young and The Restless. The spoilers suggest that Victor has a plan in mind, and it involves Kyle. Hence, the after-hours meeting between the representatives of the two enemy clans takes place. What could this big plan be? Is Victor about to conspire with Kyle to have his son fired from his job? Will Kyle get on board with Victor? Stay tuned to the upcoming episodes of The Young and The Restless to find out! Airing weekdays on CBS.