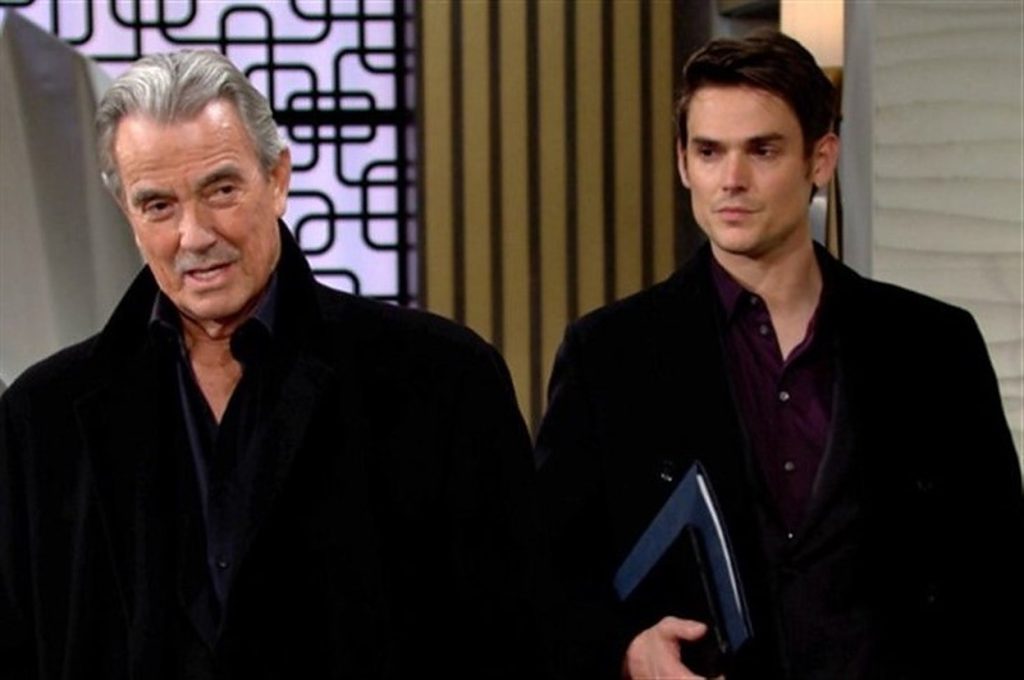 The Young And The Restless: Adam Comes Back To The Newman Business, New Leaf Turned In All Aspects

Things are getting really heated in the Newman household on The Young and The Restless. With Nick going against the entire clan in his pursuit of Sally, the atmosphere is tense. Under these circumstances, Victor wants to do as much damage control as possible. The latest spoilers suggest that the big man of Geona City will reach out to his younger son, Adam, as an opportunity for reconnection presents itself. Will Adam reciprocate his father’s efforts? With Nick rebelling, will the younger Newman brother stand by his father’s side?

Victor And Adam Rebuild Their Relationship

Victor Newman and his son, Adam, have had a checkered past with each other on The Young and The Restless. They haven’t always seen eye to eye, but they have always stuck around. However, after their latest falling out, Adam went a bit overboard and crossed the enemy lines to go work with Jack Abbott at Jabot. That was a move that surely stung Victor like a massive bee. Despite their many differences, Victor has always wanted to fix his relationship with his son, and going by the latest spoilers, is about to take another chance at it.

The Mogul will decide to wipe the clean slate with his younger son on The Young and The Restless. Moreover, he wouldn’t just keep turning over a new leaf limited to their personal bond as father and son, but, also extend the effort to Adam’s professional front. After all, even before their fall out, he did want to offer Adam an upstanding position at Newman Media. Which then got passed on as a baton in a relay from under Adam to Sally to treacherous Nate Hastings. Will the baton come a full circle now and land in Adam’s lap? Spoilers suggest, yes!

Adam Returns To Newman Enterprise On The Young And The Restless

Even though Adam accepted a top position at Jabot on The Young and The Restless as a move in career advancement (Of course, aside from irking his father by working with the enemy). But it hasn’t really accounted for much in the end. Neither has Adam shown any passion

towards the job nor has he shown his face around Jabot much. That’s something the Jabot showrunners are bound to have noticed. So, if Adam doesn’t pull up his socks at work, his days there are numbered. Although on the flip side, Adam’s lack of success at Jabot is what can set the motor in motion for him to return to Newman Enterprise.

If Victor succeeds in convincing Adam to bury the hatchet on their personal front on The Young and The Restless, Adam’s professional life could follow suit. Post a renewed father-son bond, Victor might push Adam to quit working for Jack and return to his home ground at Newman Enterprise. Victor will insist that it is where Adam truly belongs. However, all important positions at Newman Enterprise are currently being held by a Newman family member. There is only one seat that does not have a Newman sitting on it. The CEO position at Newman Media. The one that Victoria snatched from Sally and basically gifted to a lesser deserving Nate. Will Victor kick out Nate to accommodate Adam at Newman Media?

It’s certain that Victoria won’t be happy about this. But Victor has the final call in his company and he will certainly stand in favor of his son. Would you like to see father and son reunite once again? If yes, then stay tuned to the upcoming episodes of The Young and The Restless on CBS.