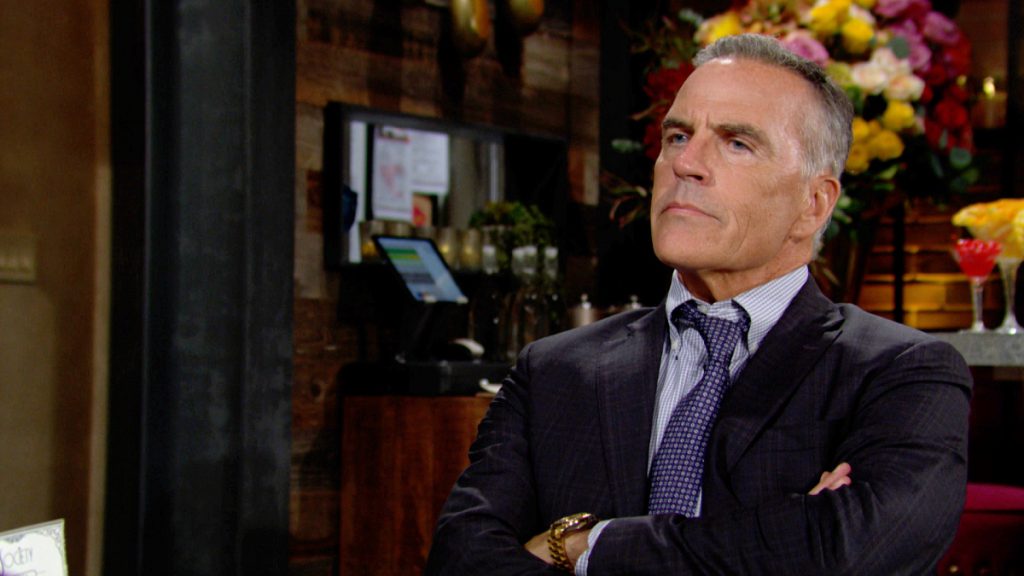 The Young And The Restless Spoilers: Ashland Is Setting A Trap For Nate! Uses It To Escape Victor

However, we have also been watching Ashland in action for the past many months. So, we know that Ashland isn’t necessarily the person who gives up. Since he has realized that Victor is after him, The Young And The Restless spoilers suggest that he will do something to protect himself. What would he do? Here is all about it.

Walls Are Closing In On Ashland

The Young And The Restless spoilers viewers know that Victor has recently hired Michael to look into Ashland and his past. Victor suspects that there are things about Ashland that he is hiding and wants to know what that is. Keeping in mind how resourceful and adamant both Victor and Michael can be, it is likely that the two of them will be on their toes trying to figure out the truth.

In fact, The Young And The Restless spoilers for the week of January 31- February 4, 2022, suggest that Michael will find out something about Ashland. This will most likely be him coming to know that Ashland never really was sick.

If Michael comes to know that Ashland was lying about his sickness all along, he will tell Victor that, and it would lead to making some bold moves. However, with that said, we know that Victor won’t be the only one making moves. Knowing Ashland, we know that he will reciprocate with some power moves of his own. What would he do?

The Young And The Restless: Ashland Makes Moves, Uses Nate To His Advantage

Since Victor and Michael are very actively looking into Ashland, he won’t be calm about this. If Ashland is keeping the secrets, he will do everything in his power to keep that secret hidden. So, he might make some moves. Now, Tv Season & Spoilers suggest that if Michael finds out about Ashland’s health-related secret, he will need to confirm it from Ashland’s doctor. That doctor is, of course, Nate Hastings.

While Nate might refuse to tell Michael and Victor because of doctor-patient confidentiality, for now, Victor and Michael will not give up. They will pressurize Nate to tell them the truth. However, more spoilers suggest that Ashland will soon do something that would leave Nate indebted to him and also make him liable to either keep the secret a secret or just lie.

The Young And The Restless spoilers for the week of January 31- February 4, 2022, reveal that Ashland will make Nate an offer. He will try to help him with something and hope that he accepts it. It will surely be the kind of offer that Nate might not be able to refuse. So, he might end up agreeing to this offer.

However, this offer would come at a big price. It is likely that Ashland would want Nate’s help in return, and he would force him to keep quiet about his health secret. Regardless of what happens, The Young And The Restless spoilers suggest that things will turn rather tricky for Ashland in the upcoming days.

Would he be able to make it out of this pickle? We will have to wait to know. The Young And The Restless airs on CBS all weekdays. Make sure you tune in and enjoy.