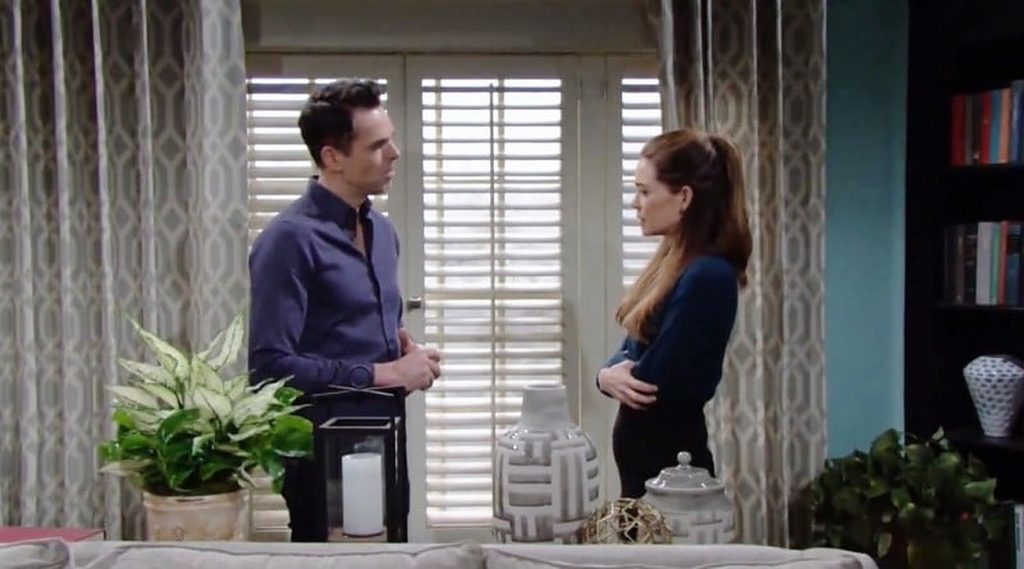 The Young And The Restless Spoilers For August 22, 2022: Sharon’s Advice To Nick, Adam Disappoints Victor

The Young And The Restless spoilers for Monday, August 22, 2022, reveal Nick will continue feeling guilty. He will hold himself responsible for Ashland and his fate. However, Sharon will come to rescue him from the guilt pit. On the other end, Billy will explain Chelsea’s stance to Victoria. Over with Adam, he will be onto his revenge mission. This will surely put Victor in a tight spot. Keep reading to know where the storyline is going to take you.

On Monday, Nick will continue to worry about the recent happenings. He will drown himself in guilt and will feel responsible for Ashland’s death. He never wanted to kill him, but it was a mere accident as he tried to touch Victoria. If he hadn’t died, this botched-up cover-up might also not happen.

While Nick is reeling about all of this, Sharon will come to rescue him. She will tell him that this place is better off without Ashland in it. He has gone for good. She will also share that he should rather focus on his children instead of worrying about the dead. The Young and the Restless spoilers tease that Nick will continue to be in a tight spot, but Sharon might be a little ray of hope in his ordeal.

More Nick-related spoilers say that his father, Victor will soon lose his temper. He will get the heads-up that Adam is plotting something against him and he will not be happy. As for Adam, he may find some evidence to threaten the Newmans. By the end of next week, Adam will decide to explode all the lies of Victor. Eventually, he will put his family under the bus soon.

The Young And The Restless Spoilers: Billy Clears Out Chelsea’s Stance

Over with Billy, he will approach Victoria. The spoilers for The Young And The Restless claim that Billy will advise Victoria. This might have to do with Chelsea’s decision to let Johnny know about his biological mother.

In the previous episode, Victoria clearly expressed her disagreement with letting Johnny know about Chelsea. However, despite that, Chelsea will go and promptly inform Johnny. This will make Victoria lose her composure. Adding on to this, Billy will tell her that sometimes the truth has to be told just not to make things even tangled up. Keeping secrets for longer will actually be more problematic than letting it out.

However, he will also agree that the timing was wrong. Johnny was already going through Ashland’s loss and this shocker. It will be very difficult to handle all the shockers at a time. Whatever it is, how is Victoria going to react to Billy? Will she be stubborn, or will she actually try to understand Billy’s perspective? We will know this in next week’s episode. Y&R spoilers say that more shockers are yet to come, with Adam showing his disloyalty towards his family. Until then, watch The Young And The Restless, which airs every Weekdays on CBS. For more information on updates and spoilers. Visit our website, TV Season & Spoilers.