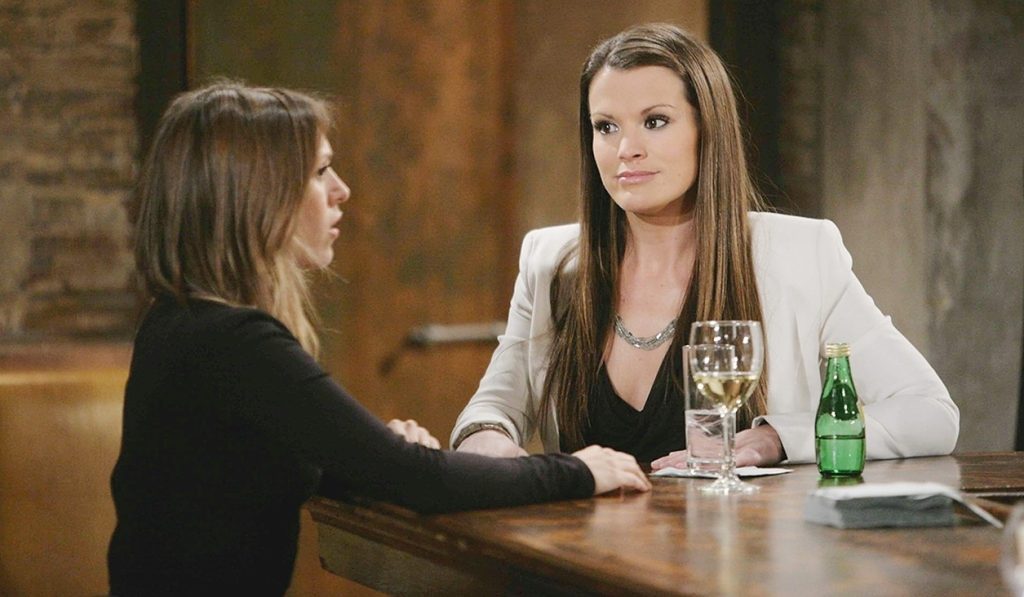 The Young And The Restless Spoilers For August 24, 2022: Adam Hacks The GCPD, Victor And Chance Have A Discussion

The Young And The Restless spoilers for August 24, 2022, reveal that Adam will try to convince Kevin to turn to his side. Later, Adam will hire a mystery man and will team up with him to take down Newmans. In the meantime, Victor will try to make Chance understand his perspective. Over with Nick, he will focus on his career and put his guilt aside for the time being. Conversely, Chloe will push Chelsea to accept her feelings for Billy. She might even warn her of the consequences. Keep reading and know what Y&R is to offer today.

The Young and the Restless spoilers for August 24, 2022, suggest that Adam will try to convince Kevin. He will want him to turn against Chance. However, it might not work, so Adam will come up with a new plan. The spoilers for The Young And The Restless claim that owing to this, Adam will hire someone named Lucas. He might team up with him in taking down the Newmans.

Later, Lucas’ hacking skills will help Adam hack GCPD and gather some information regarding the Ashland case. This week, Kevin will learn about the hacking and will land at Adam’s door. He will bang at his door of Adam and will want to talk to him.

The Young And The Restless Spoilers: Chloe Pushes Chelsea For Answers

Over with Chloe, she will have a conversation with Chelsea. The spoilers for The Young And The Restless claim that Chloe will push Chelsea to open up about her feelings. She will know that Chelsea has feelings for Billy. However, Chelsea will deny it and might just want to change the topic.

Nevertheless, Chloe will wonder if Chelsea has moved on from Rey to Billy. She will definitely not believe Chelsea’s denial. Chloe is well aware that Billy is in a relationship with Lily. She will warn Chelsea to be careful. However, it looks like Chelsea will simply ignore her warnings and might even kiss Billy later this week.

Getting advice on the family from someone who just covered up a murder case is bizarre. But Victor will surely provide his perspective to Chance. The Young And The Restless Wednesday spoilers claim that Victor and Chance will again have a chat. There, Victor will appreciate Chance for dropping the case. Later, he will also tell him that prioritizing the family is more important than the law.

Over with Nick, he will finally decide to put his guilt aside and concentrate on his COO position. As for Victor, he will celebrate his and his family’s freedom. On the other end, Adam will start his revenge plan now that he has some cover-up evidence. Looks like Newmans can never be in peace, they are always on tenterhooks. Stay tuned and watch The Young And The Restless, which airs every Weekdays on CBS. For more information on updates and spoilers, visit our website, TV Season & Spoilers.