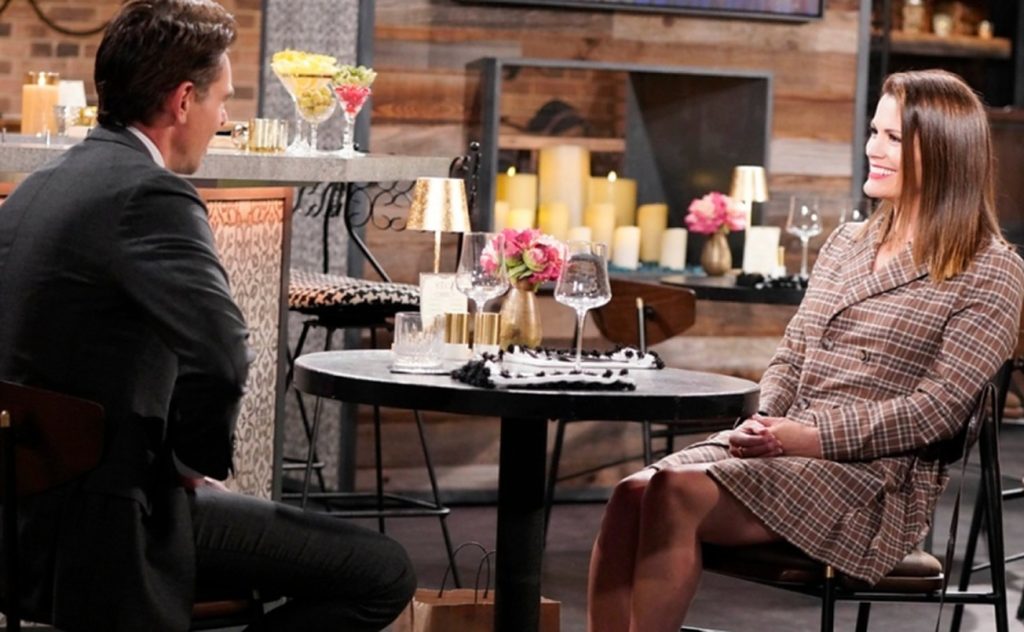 The Young And The Restless spoilers for August 25, 2022, reveal that Kyle will warn Jack about Adam. He will not want Adam to be the CEO of Jabot. Speaking of Adam, he might steal Kevin’s laptop. Adam is desperate to find the truth about Ashland’s death. So, he will make moves. In the meantime, Phyllis will hire a new ally to take down Diane. As for Chelsea, she will plant a kiss on Billy. Let’s see what else is brewing in The Young And The Restless’ in today’s episode.

Chelsea Plants A Kiss On Billy, Kevin Lashes Out

Fans know that Chloe warned Chelsea to watch her moves. She sensed Chelsea’s infatuation with a committed Billy. The Young And The Restless spoilers claim that Chelsea will not take that warning seriously. In fact, in the upcoming episode of the soap opera, Chelsea will end up kissing Billy.

As for Billy, he will not change his decision. With Lily’s ultimatum, Billy will decide to leave the podcasting job and focus on his COO position. However, Chelsea and Billy will meet each other for the last podcast. Over there, while discussing the ideas, Chelsea will plant a kiss on Billy. It is obvious that it will shock him. How will he respond, though? Well, we will know that soon.

Elsewhere, Kevin will know that Adam might be the one who stole his lap top. To unfold this mystery, he will land on the doorsteps of Adam’s hotel suite. The Young And The Restless spoilers say that Kevin will bang on the door and ask Adam to talk to him. All of this will land Lucas in a tight spot where he will start struggling. It looks like Lucas was assigned to do something, and seeing Kevin there would only freak him out. Anyways, it is given that Adam will not make Lucas a scapegoat.

The Young And The Restless Spoilers: Phyllis’ New Ally Is Lucas?

Right now, Phyllis will have a major deal in her hands. This will be regarding the sale of The Grand Phoenix. Once the dealing is over, she will again put all her focus on take-down Diane mission. Adding to it, Phyllis will come across someone. Possibilities are there that it could be Lucas. Now that he is done with Adam’s plan, it is Phyllis’ turn. Whatever it is, she might have some task for Lucas to target Diane.

Speaking of Adam, he might approach Jack. We know that Jack just offered a job to Adam. However, he might actually approach him to turn it down. Meanwhile, Kyle will watch Adam and Jack shaking hands. He will grow concerned for his company. Of course, no one would actually risk taking Adam in their company. Given the chaos he is already igniting in his own family, no one should actually!

Kyle will warn Jack about the consequences of giving him the co-CEO post. Whatever it is, Jack will assure that he knows what he is doing. The Y&R spoilers hint that the episodes are going to get more messier with the course of time. Stay tuned and watch The Young And The Restless, which airs every weekday on CBS. For more information on spoilers, visit our website, TV Season & Spoilers.