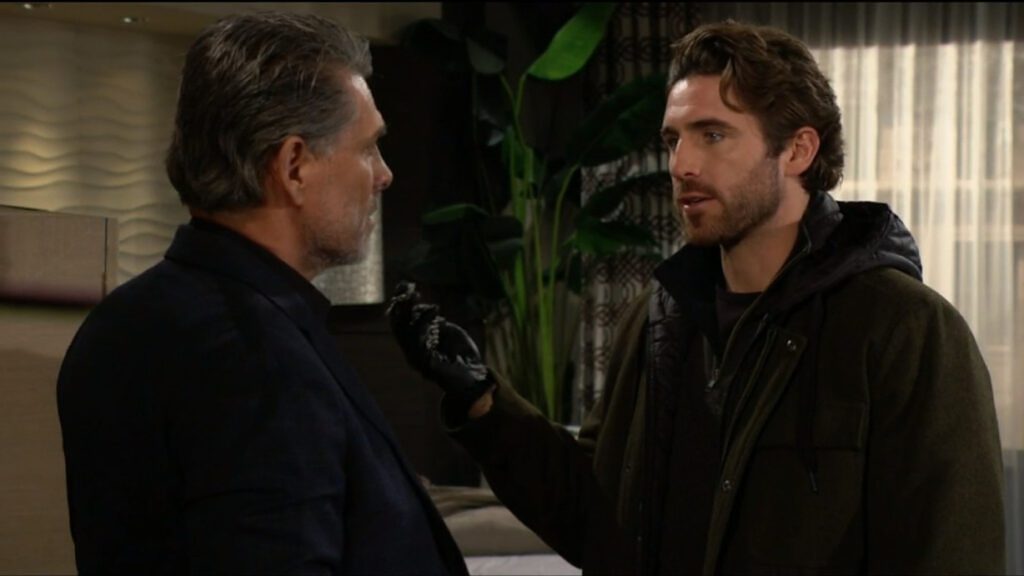 The Young And The Restless Spoilers For January 18, 2023: Phyllis Pushes Tucker For Revenge, Jeremy Arrested?

The Young And The Restless spoilers for January 18, 2023, claim that Phyllis will overhear Tucker’s conversation. She will push him to take revenge on Diane and help her to take her down. While Tucker thinks about this opportunity, Jack and Diane will be plotting a sinister plan. Jack will call in cops on Jeremy for stealing Nikki’s necklace. Will Jeremy get arrested in today’s episode? Let’s read further and find out what happens.

Jack Calls The Cops On Jeremy

First, Diane will be at Jeremy’s place since he will want her to join the bed with him. The Young And The Restless spoilers say that this is when Jack will make a sinister move. He will call in the cops on Jeremy for stealing Nikki’s necklace. As planned, Diane will also plant evidence inside Jeremy’s apartment which helps the cops confirm their intel.

Fans know Chance is the one investigating the stolen necklace case. Once he gets the intel about the culprit, he will rush to arrest him. Back with Jeremy, he will be out from the shower to make love to Diane but will find cops at his doorsteps. Will Jeremy get arrested? If that doesn’t happen for some reason, it will surely be the end for Diane. Stay tuned to see what happens.

While Diane is already in danger and plotting to take down Jeremy, there will be Phyllis who will try her luck. Looks like Phyllis will overhear Tucker’s phone calls where he will talk about burning it all down. While Phyllis confronts him, he will act like he was planning how to make amends with Devon. As for Phyllis, she will argue that sometimes blowing up things is the only way of getting what we need. Looks like she will push Tucker to take revenge on Diane and also that she will help him in that.

The Young And The Restless Spoilers: Devon Gets Surprising Proposal

Further, Devon will again propose that he wants to buy his portion of the shares. However, Jill and Lily won’t be on board with his plan. The Young And The Restless spoilers say Lily and Jill will decide to come up with another proposal and hope that Devon will be willing to take that. Once Lily shares her new pitch, Devon will be surprised with her proposal. A part of him will want to get on board with the idea, but he will still think that he needs to stop listening to others’ orders and do what he wants.

Later, Devon will discuss about the merger with Abby. He will share how he never thought of that proposal coming. So, she will support Devon on this and will give him a pep talk. While Abby continues to be a good support for him, they will continue to grow closer to each other. Stay tuned as Y&R will air more action-packed episodes in the upcoming weeks. The Young And The Restless airs every weekday on CBS. For more updates and spoilers, visit our website, TV Season & Spoilers.