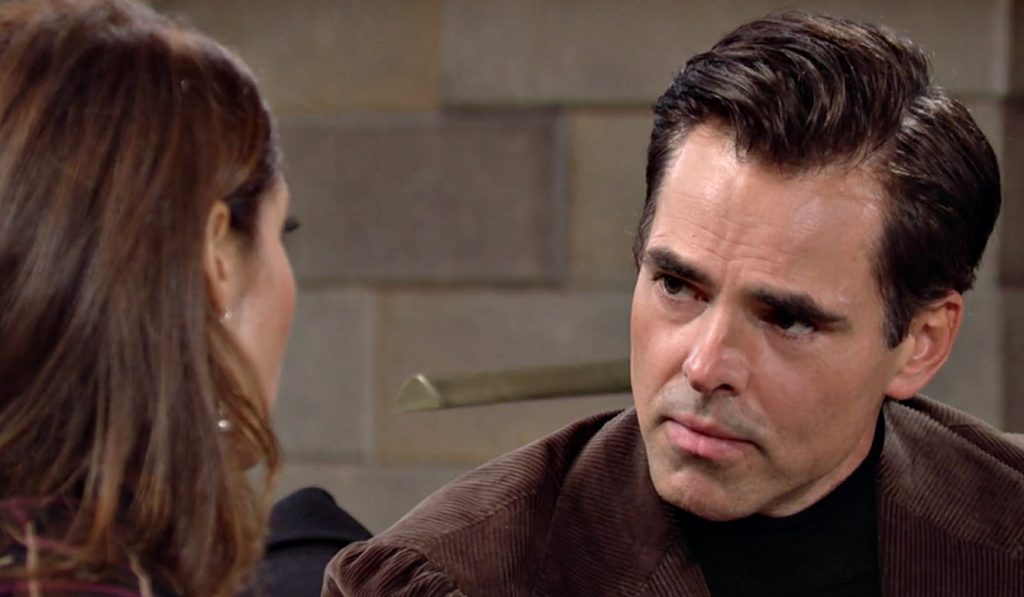 The Young And The Restless Spoilers For November 3, 2022: Lily Learns About Chelsea’s State of Mind, Elena Returns

The Young And The Restless spoilers for November 3, 2022, tease that Lily will learn about Chelsea’s state of mind and how she tried to take her life in the upcoming episode. Even though Lily appreciates Billy, she will notice certain things which will make her question Billy’s stand. Over with Nate, he will receive an unexpected guest. This will be none other than Elena, who just returned to Genoa City. Why did Elena show up at Nate’s doorstep? Continue to read the entire article to see what happens next.

On Thursday, Nate will have an unexpected visitor at his doorstep. Looks like it will be none other than Elena. The Young And The Restless spoilers tease that Elena will return from Baltimore with a big news. She will inform Nate that she didn’t take the job there and is willing to give him another chance. Since Elena wants to take things slowly, she won’t make any promises to Nate. However, things will go downhill once she comes to know about Nate’s new CEO Job at Newman Media.

The main reason for Elena to leave Nate was because she couldn’t recognize Nate’s new version. Earlier on, Nate was a gentle doctor, but now he has changed to a great extent. When Elena came to know about Nate scheming and backstabbing his own family members, that was the tipping point for her to leave him. However, after Elena went to Baltimore, she got enough time to mull her thoughts over on whether she should give Nate another chance or not. Now, The Young and the Restless spoilers suggest that we will have to wait to see if things go through for Nate or not.

Elsewhere, Abby and Devon will grow closer to each other. Since both are on the same page, they will confide in each other. Abby is having problems with Chance, who is not ready to give time to his family. As for Devon, he is struggling in his long-distance relationship with Amanda. This will be enough for them to lean on each other. Would these two get romantically involved? We will know soon.

The Young And The Restless Spoilers: Lily Learns About Chelsea’s Status

All this while, Billy informed Lily that Chelsea had some problems. But that’s all that he told her. He never told her about Chelsea’s mental status. The Young And The Restless spoilers for November 3, 2022, tease that Billy will finally reveal about Chelsea’s suicide attempt to Lily. Of course, Lily will be sympathetic towards Chelsea and will appreciate Billy for helping her.

However, there will be certain things going on in Lily’s mind. She will wonder why Billy is shutting Adam from helping Chelsea. He is her ex-husband and has the right to be with her. However, Billy shutting Adam will look very odd to Lily, and she will also confront Billy about it. Whatever the case, Lily and Billy will continue to disagree on just how much he should be involved with Chelsea. Y&R spoilers tease that Billy and Chelsea’s bond will strengthen in the upcoming episodes. Stay tuned and watch The Young And The Restless, it airs every weekdays on CBS. For more updates and spoilers, visit our website, TV Season & Spoilers.