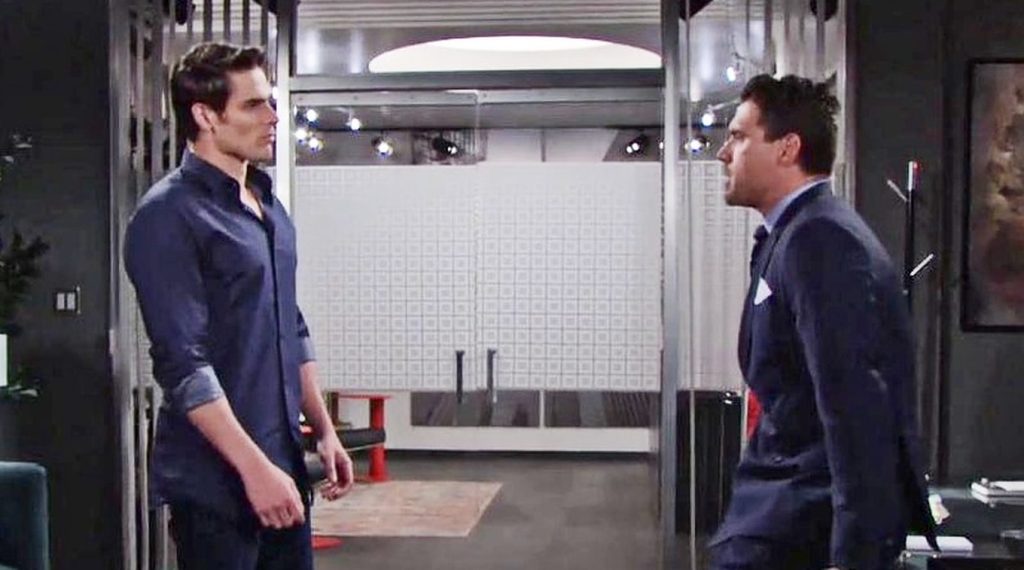 The Young And The Restless spoilers for the upcoming two weeks of September 26 – October 7, 2022, tease that Adam will confront Nick and will want to know what is his relationship with Sally. Things were already heated between these brothers but now, it’s going to get worse. Over with Devon, his bio dad will return to Genoa City and that is going to shock him. Across the town, Chelsea will ignore the agreement and confess to Johnny about his bio mom. How is Victoria going to react to that?

During the week of October 3-7, 2022, Tucker’s presence in town will piss both Victor and Chance. As for Victor, he will wonder what his enemy is doing in Genoa City. Let’s read further to know what is brewing in Genoa City.

The Young And The Restless Spoilers For The Week September 26-30, 2022: Diane’s Closeness With Jack Soon To End?

Recently, The Young And The Restless fans saw how Jack has started liking Diane’s company. The Young And The Restless spoilers say that both are going to come even closer in the week of September 26-30, 2022. Remember when Diane dreamt of kissing Jack? Looks like she is to get a real one soon. The real question is: Will the relationship and affection sustain? Well, we doubt it.

Over with Phyllis, she is digging deeper into Diane’s past. But she isn’t alone in this because Nikki is one step ahead. Nikki already has evidence of Diane’s misdeeds. Thanks to Deacon. So, what next? Expose Diane? That is bound to happen. On September 28, 2022, Trevor Sr. John will take over the role of Tucker McCall as a recast. And we saw in the preview clips how Diane was shocked to find someone in her suite. Pretty obvious that it’s her partner in crime, Tucker, who already messaged her that he is on his way to Genoa City.

Further, in The Young And The Restless, Sally will continue to mull over her feelings for Adam. However, when Nick calls her, she will go to have dinner with him. The reason behind calling her for the meal was not just to talk about their business but also about their relationship. After what has happened, they will definitely need to talk about whether they stand now.

Later, Adam will confront Nick and will ask what his relationship with Sally is. To this, Nick might remind him that he has already broken up with her. So, whatever she does, it shouldn’t bother him. Once Nick gets under Adam’s skin, he will surely lose composure.

On the other end of the town, Chelsea will break her promise with Victoria. Victoria had clearly asked Chelsea not to tell Johnny about his bio all by herself. But looks like Chelsea will take things into her hands and drop the bio mom secret to Johnny. The Young And The Restless spoilers say that Johnny will have a negative reaction to Chelsea being her mother. Eventually, Victoria and Billy will feel betrayed and will be furious.

Next, The Young and the Restless spoilers for the week of September 26-30, 2022, talk about Chancellor-Winters. When the IPO launch starts, Nate will step back. This will piss Elena off to the core. She will finally tell Nate that she wants them to stay apart for a few days. As for Nate, he will agree to it and express his opinion that it should be permanent.

The Young And The Restless Spoilers For The Week October 3-7, 2022: Victor-Tucker’s Rivalry; Chance To Take Revenge?

During the week of October 3-7, 2022, once Tucker lands in Genoa City, he will track down Diane and meet her in her suite. Then, he might ask Diane to come clean for their partnership. Not just that, he will also like her to admit to the things she did back in LA.

Over with Victor, he will wonder what Tucker has to do in Genoa City. Victor and Tucker are old rivals who always had a cutthroat competition. Since the time he has come, Victor will suspect what job he has with Diane.

At the Chancellor-Winters, Devon will hire someone in the company. Looks like it would be his biological dad, none other than Tucker McCall! Not just that, but he also shares a painful past with Abby and Ashley. So, no doubt, his entry will undoubtedly bring friction between Abby and Chance. The Young And The Restless spoilers say that Chance will plan for some revenge once he finds out about Tucker.

Chance has to watch his steps since he himself has covered up Ashland’s case. So, if he goes and triggers Tucker, it won’t be a surprise if it backfires him. Stay tuned and watch The Young And The Restless, it airs every weekday on CBS. For more updates and spoilers, visit our website, TV Season & Spoilers.