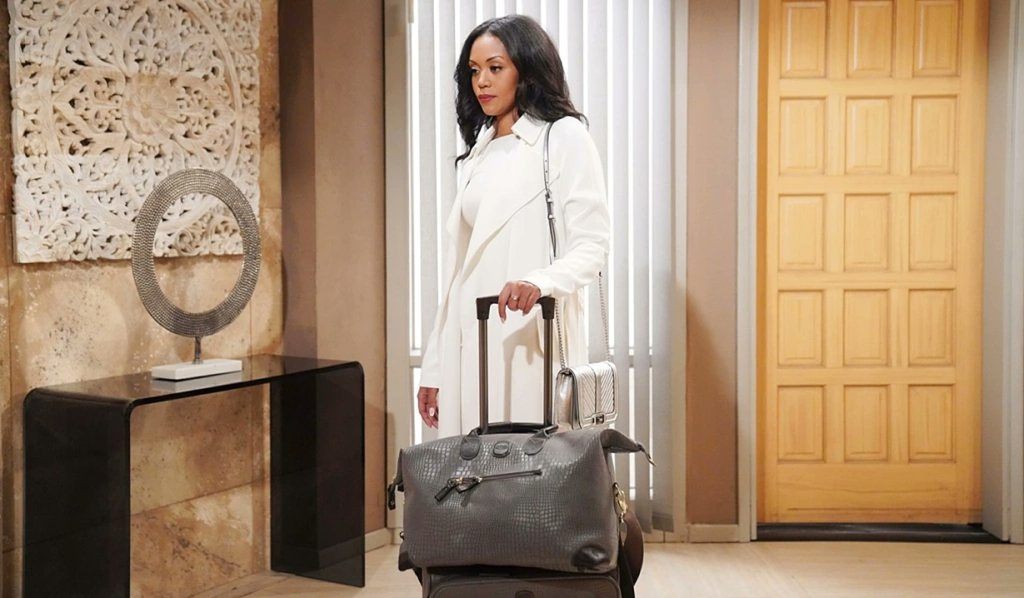 The Young And The Restless spoilers for November 8, 2022, tease that Amanda will bust Devon and Abby. She will be devastated to see both of them kissing each other. So, Amanda will confront Devon about his feelings for Abby. However, Devon’s confession will certainly shake Amanda’s entire life. Elsewhere, Jill will be worried about Billy and the recent emotional distance between him and Lily. Not just that, Jill will also discover about Nate’s betrayal. What will she do now? Keep reading and find out what uncovers in today’s episode.

On Tuesday, Amanda will return and open her house’s door only to be left shocked. The Young And The Restless spoilers tease that Amanda will bust Devon and Abby kissing each other. All this while she was away from Genoa City, and she wanted to surprise Devon, she came unannounced. But she never thought that she’d witness Devon cheating on her with Abby. So, she will now confront him about his feelings.

Other General Hospital spoilers say that Devon’s confession will shake Amanda’s life upside down. He will come clean about his struggles in a relationship. Even though Devon understands that Amanda really needed to stay with Naya, he can’t ignore his struggles. Not just physically but Devon was mentally also stressed out. With all the chaos going on in the family front and business, he really needed someone by his side and this long-distance relationship was not helping him even a bit.

Whatever the case, Devon and Amanda’s relationship are likely to sink. So, there won’t be any doubts about that. As for Abby, she will keep this intimate moment a secret from Chance for the time being. However, she will soon battle guilt and disclose it down the road. So, we will have to wait to see how Chance reacts to it.

The Young And The Restless Spoilers: Jill Discovers Nate-Victoria’s Partnership

Further, on The Young And The Restless, Jill will discover Nate and Victoria’s partnership. Just like how Devon and Lily understood

, Jill will know that Victoria was the person to whom Nate was sharing inside information. Of course, she will be extremely upset with such a big betrayal. In the meantime, there will be another problem to address before she moves on with her IPO plan. Of course, it will have something to do with Billy.

Once Jill returns, Lily will fill her in with all of Billy and Chelsea’s updates. Since Jill is a huge supporter of Billy and Lily, she will be really upset for Lily. Billy neglecting Lily is something Jill won’t approve of. He has already left the COO job. And now he is trying to help Chelsea by moving in with her. Speaking of Chelsea, she will take professional help from psychiatrists and will open up about her ordeals. Even though Billy is doing something appreciable, will this ruin Lily and Billy’s relationship? We will know that. The Young And The Restless airs every weekdays on CBS. For more updates and spoilers, visit our website, TV Season & Spoilers.