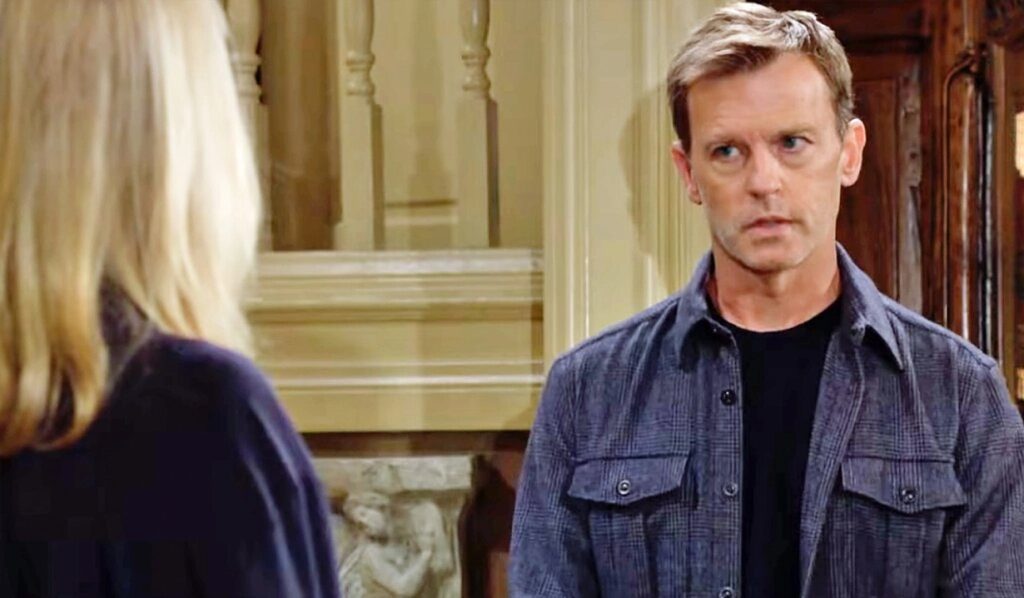 The Young And The Restless Spoilers For October 11, 2022: Tucker’s Another Story Of Lie?, Michael Finds Dirt On Diane

The Young And The Restless Spoilers for October 11, 2022, reveal that Tucker will land at Ashley’s doorstep to narrate his side of the story. When Ashley doesn’t believe him, he will try another way to make her believe. On the other end, Michael will find some dirt on Diane, and his loyalty will be put to the test. Keep reading to know what is brewing in Genoa City.

Tucker’s Plea For Another Chance

At the Abbott house, Tucker will land at Ashley’s doorstep and ask her to listen to his part of the story. Tucker wants Ashley back in his life, and for that, he can tell her any lies. The Young And The Restless spoilers tease that Tucker will narrate a story that happened in Monte Carlo. Well, Tucker apparently had a racing crash and landed in the hospital for weeks. After recovering completely from it, he headed back to Genoa City. At least this is what Tucker says to Ashley, maybe just to make the situation a bit emotional.

However, Ashley won’t believe him at all. When Tucker realizes that his storytelling session didn’t convince Ashley, he will be upset and accuse Ashley of acting so uninterested. On the other hand, Ashley still hasn’t gotten over Tucker’s past deeds. He was a manipulative person who cheated on her for God knows how many times. So, it will be difficult for her to believe that he has changed.

The Young And The Restless Spoilers: Nikki-Phyllis’ Risky Move

Further on The Young And The Restless, Ashley will inform Nikki and Phyllis about Tucker’s visit. When they both learn that Tucker wants to get back with Ashley, they will know that this is the opportunity they were waiting for. As mentioned above, Tucker cheated on Ashley a number of times. One of them was also with Diane. Not just that, Tucker was also the prime suspect when everyone thought Diane was dead. So, they will want to use it for their advantage.

They will know that there definitely is some kind of connection between Diane and Tucker. Nikki and Phyllis will want Ashley to make use of his lingering love to score dirt on Diane. Ashley will also agree to do it. Other The Young And The Restless spoilers claim that Jack will grow extremely concerned for her when he sees her close to Tucker.

After seeing his old rival in town, Victor will wonder what made Tucker return to Genoa City. So, he will order Michael to look into it. The Young And The Restless spoilers tease that Victor will give Michael a task. He will want him to investigate Tucker’s past and also to see whether he has some reason to return to the town.

Once Michael starts his investigation. He will find some dirt regarding Diane. Since Michael and Diane are good friends, what will he do now? Michael works for Victor, a man who, along with his family, dislikes Diane. Also, finding dirt on her. On the other hand, she is her friend. Now that Michael’s loyalty is put to the test, it will be interesting to see what he does with the info. Stay tuned and watch The Young And The Restless, it airs every weekday on CBS. For more updates and spoilers, visit our website, TV Season & Spoilers.