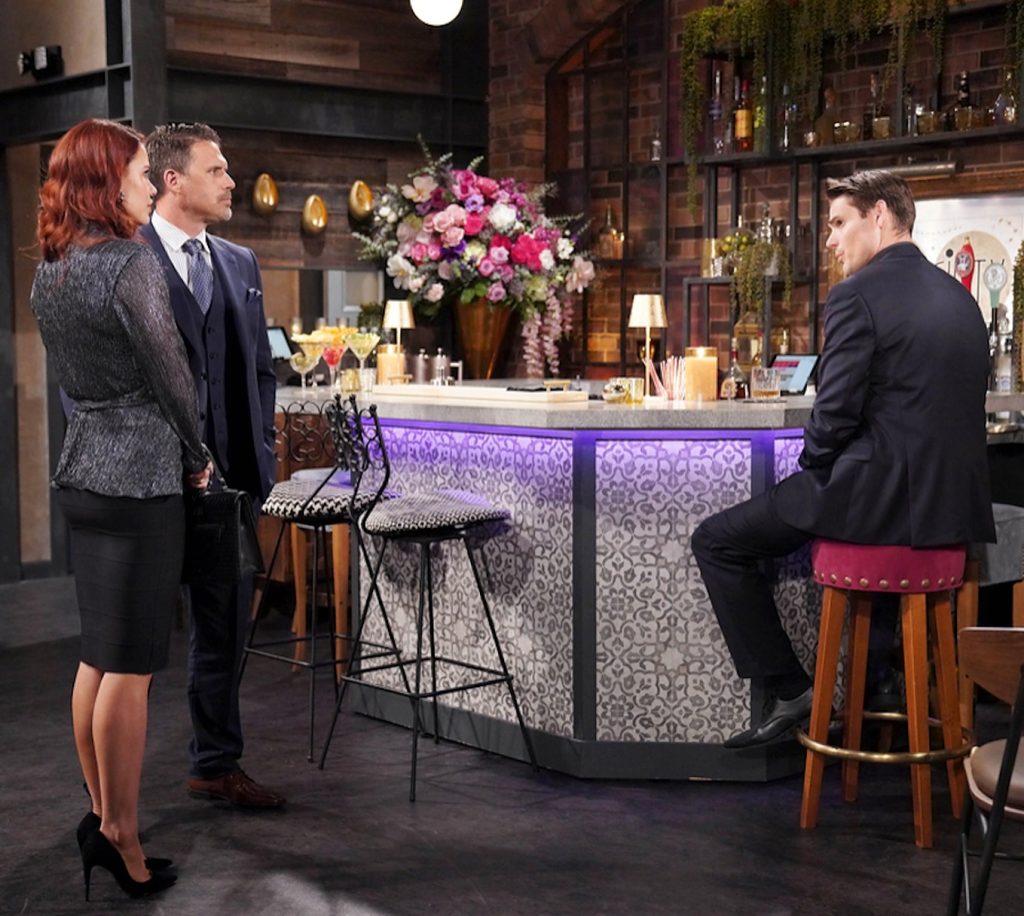 The Young And The Restless Spoilers For the Next Two Weeks (October 10-21, 2022): Ashley’s Risky Move, Sally Is Pissed off

The Young And The Restless spoilers for the next two weeks, October 10-21, 2022, tease that Tucker will express his feelings for Ashley, and she will be shocked. She will speak to Nikki and Phyllis about it, and these three will come up with a risky plan. Over with Billy, he will lash out at Chelsea for being sneaky and scaring Johnny.

During the week of October 17-21, 2022, Sally will get pissed off at both Nick and Adam. Elsewhere, Nikki will continue to get under Tucker’s skin with the help of Ashley. So, Jack will be concerned for Ashley. Continue reading to know what is brewing in Genoa City.

The Young And The Restless Spoilers For The Week October 10-14, 2022: Nikki and Phyllis’ Risky Plan For Ashley

In the week of October 10-14, 2022, Nikki and Phyllis will devise a plan to get under Tucker’s skin. The Young And The Restless spoilers tease that Tucker will express his motive to return to Geno City. He wants to get back with Ashley, so he will try to express his feelings. Once Nikki and Phyllis come to know that, they will urge Ashley to think of it. Diane and Tucker were partners in crime, so he will be the best person to fill in with more Diane-related dirt. So, Ashley will also agree to their risky plan.

In the park, Billy will lash out at Chelsea for being sneaky and making it uncomfortable for Johnny. Looks like Johnny already alerted Billy about Chelsea camping in the park. So, once he sees her there, he will lash out at her for not respecting Johnny’s privacy. As for Chelsea, she will be upset that no one is trying to understand her perspective.

Later, Billy will have some major issues to discuss with Lily, which will certainly shock her. Billy will confess that he really doesn’t know what to do with his COO position. Somewhere, he feels that the position is not what he wants in life. So, he will want time to decide what he should do in the future. Lily will obviously be in shock.

Further on The Young And The Restless, Victor will have some task for Michael. Now that his old rival is back in town, Victor would like Michael to dig deeper into Tucker’s past. Over with Kyle, he will start suspecting Diane. He could feel that Diane is hiding something from the family.

Over with Jack, he will notice Ashley getting closer to Tucker. So, he will be worried for her and will soon confront her about her own agenda. Across the town, Adam will be a gate crasher. As he crashes at Sally and Nick’s date, he will fume with rage at the recent closeness between Sally and Nick. Once Nick notices Sally’s reaction, he will question her on her lingering feelings for him.

At Chancellor-Winters, Lily will urge Devon to take a risk in the boardroom. As Devon has always been, he will continue to think twice before moving forward with the IPO idea. Before the paperwork can be signed, Elena will barge into the room to make an announcement. Even though she doesn’t make any, Nate will know that Elena is more like a threat after their breakup. So, Nate will urge Elena to get back together, but she would simply ignores his pleas.

The Young And The Restless Spoilers For The Week Of October 17-21, 2022: Nikki Moves Forward With Her Plan

During the week of October 17-21, 2022, Nikki will continue to get under Tucker’s skin. Thanks to Ashley, Nikki and Phyllis will be able to find more dirt on Diane. However, Jack will be confused to see Ashley getting closer to Tucker

. So, he will be extremely worried for her. Other Y&R spoilers tease that Jack will know that Diane is hiding something.

Back with Sally, she will be pissed off with Nick and Adam fighting with each other. So, she will storm out and walk away from the situation. Whatever the case, Sally will continue to be confused about her feelings for both Nick and Adam. Over with Jill, she will come up with a plan regarding the IPO launch. Stay tuned, as Y&R will air more twisted episodes in the coming week. The Young And The Restless airs every weekday on CBS. For more updates and spoilers, visit our website, TV Season & Spoilers.