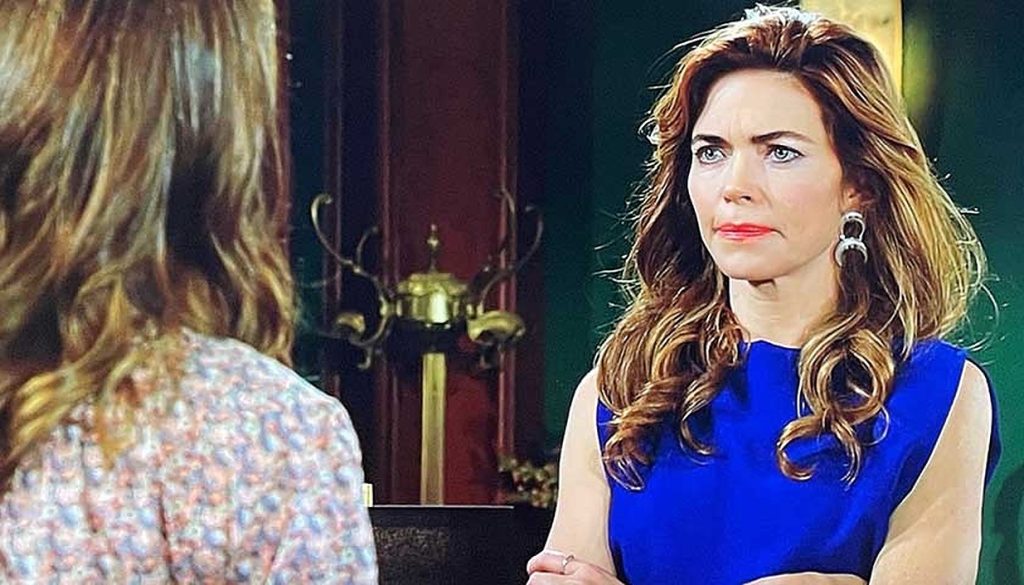 The Young and the Restless recap for Tuesday, September 27, 2022, revealed the story of Victoria and Nate. First, we saw Victoria mention her doubts about Audra to Nate. However, Nate reassured her and added he wanted to make Chancellor-Winters successful. After that, Billy realized that Chelsea wanted to be Johnny’s mom and discussed the issue with Lily.

Further in the episode, Diane extended an olive branch to Phyllis. Of course, Phyllis pretended to accept the apology because she received updates about the trouble Nikki was brewing in LA. However, she wanted to distract Diane so that her secrets could come out in the open. Finally, Chelsea wanted Victoria to help her connect with Johnny, but Victoria warned her she was his mother. Are things going to heat up between these ladies? Here is everything that happened.

In this episode of The Young and the Restless, Victoria questioned Nate’s decision to work with Audra. Nate assured her he would not let anyone sabotage their plan. Furthermore, Nate asked Victoria if she thought he was not the right fit to run Chancellor-Winters. Of course, Victoria had complete faith in his abilities.

However, now Nate had to decide if he would go against his family and go ahead with the betrayal. Nate did not think it was a betrayal because he would revamp Chancellor-Winters and make it more successful. Later, he got into another argument with Elena about the morality of his actions. She suggested spending some time apart because they could not see eye to eye on the issue.

In this episode of The Young and the Restless, we also saw Billy speak to Lily about what happened with Johnny. Previously, we saw Johnny was upset when he learned Chelsea, Connor’s mom, was his biological mother. Moreover, Billy was concerned about Chelsea trying to be Johnny’s mom when he already has one.

The Young And The Restless Recap: Phyllis Distracts Diane

Meanwhile, Noah shared some lovely moments with Allie at the Abbott house before they joined Kyle and Summer for a chat. Later, Noah and Allie discussed their relationship at the coffeehouse. Allie accused Noah of thinking their relationship was too easy. Noah assured her this was better than waiting for problems.

At Jabot, Diane prepared a huge gift basket and gave it to Phyllis to make amends for her behavior. Phyllis accused Diane of doing this for a show because Jack was there. However, Phyllis received updates from Nikki in LA and now needed to distract Diane for their plan to work. Phyllis pretended she was tired of fighting with Diane and pulled her in for a hug right when Summer and Kyle arrived. Summer was grateful for her mother’s efforts. However, Phyllis warned her that all secrets can be revealed. Moreover, Phyllis won’t have to do anything for them to come out.

Later on, in this episode of The Young and the Restless, Audra introduced herself to Victoria and said she was a fan. Victoria was on the edge

as Audra praised her for her work at Newman Enterprises. Audra asked her if Victoria would go for lunch with her.

Speaking of Victoria, she received a visit from Chelsea at her office. Chelsea wanted to become a part of Johnny’s life one way or another. Victoria insisted they were trying to do what was best for the kid. When Chelsea persisted, Victoria reminded her she signed her rights away when she gave him up for adoption. The Young and the Restless airs weekdays on CBS. Stay tuned with TV Season & Spoilers for the latest news and updates.